These Twin Babies Were Born Gasping For Breath And Are Now Fighting For Their Lives In The ICU | Milaap
loans added to your basket
Total : 0
Pay Now

You are sending a message to
tejsinghr
Go back

Sarmistha’s happiness didn’t last long. In the seventh month of her pregnancy, she suddenly had very high blood pressure and was rushed to the hospital. She needed immediate surgery to deliver the babies, else she would've lost her life and her babies. 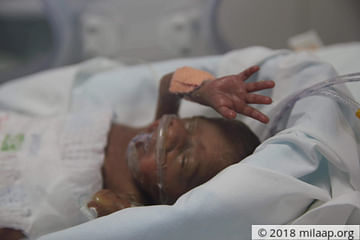 Help Sarmistha Save Her Twin Babies

The twin girls were born premature, gasping for breath and need to stay in the ICU to live.