Tucked inside a maze of houses, I finally found what I was looking for | Milaap

Tucked inside a maze of houses, I finally found what I was looking for

Shares
Shares
Share on whatsapp
When I arrived in Jeyankondam to visit Papa, she was not home. Instead, I met with Vijayakumari, one of the women in Papa’s group who had also gotten a loan to build a toilet. As I walked through the main road of the village, I saw a group of people surrounding two brothers who were arguing over agricultural property rights. I gingerly skirted the commotion, and turned onto Vijayakumari’s street.
Vijayakumari lives in an apartment complex of sorts, although it is really a bunch of inter-connected houses. We entered through a black metal gate, the only opening in the four-foot tall cement wall that surrounded the building. Once inside it was tough to tell which space belonged to which family. Vijayakumari escorted me up a flight of stairs, and then ducked into a hallway with two plastic chairs that led into her house. We sat in the chairs and began to talk.
Vijayakumari’s husband holds a government job in Trichy in the secretary of labor’s office. Jeyankondam is 45 kilometers from Trichy, so he stays in the staff’s quarters in Trichy two nights a week. Over the course of the conversation I found out that Vijayakumari also does some type of government work, where she spreads awareness abut government schemes that help those below the poverty line, such as funds available in the case of death. She goes into Trichy a few times a week, but with two sons at home (studying in 2nd and 5th standards), she has to be home before they return home from school after 4p.m. 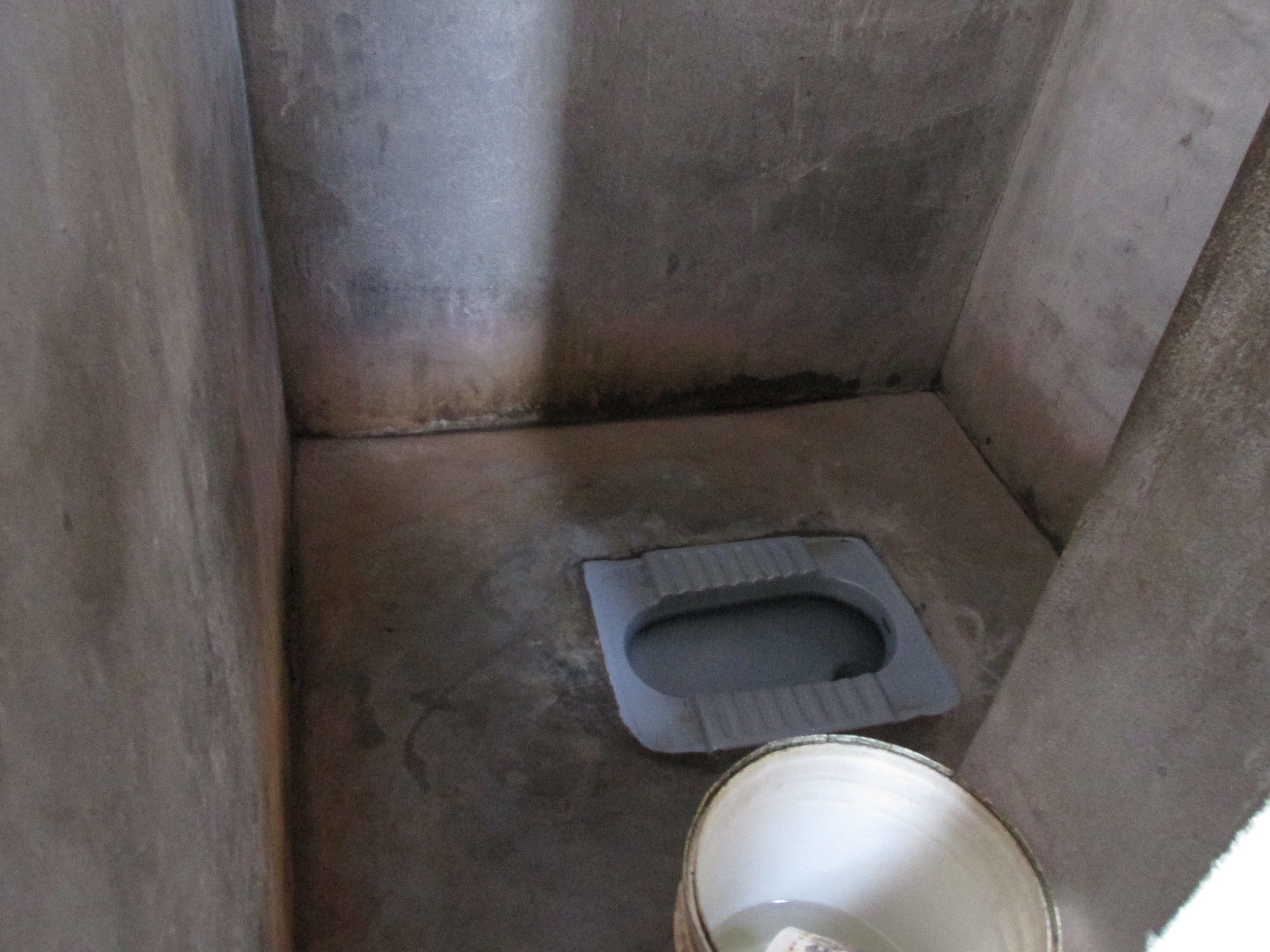 Vijayakumari's bathroom
When I asked to see Vijayakumari’s toilet, she led me down the stairs and next to the black gate. Under a different set of stairs was her toilet. The part exposed to the sky was covered with a metal roof and the entire structure looked very well built. She said that before building the toilet, her family had never had one. Although I did not explicitly ask her, I assumed that Vijayakumari and her family previously used agricultural fields to defecate, like the 90% of the families in the village that don’t have toilets. Vijayakumari seemed happy with her new toilet, and was eager to give me her business card. 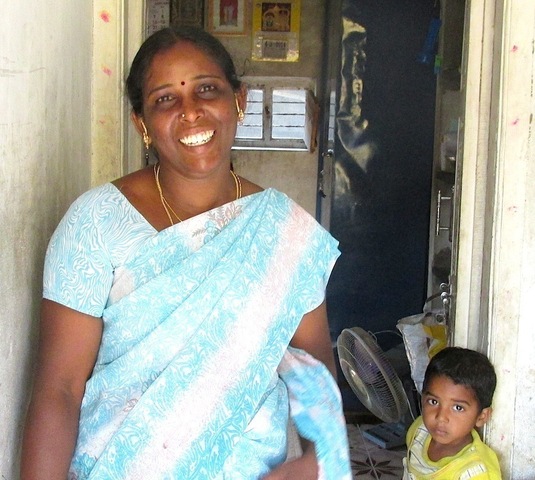