I quickly wiped the sweat that had been beading on my forehead. The bright rays of the scorching sun stung my eyes. It had been more than an hour since I had left from Bhachau by bus. I couldn’t help but heave a sigh of relief upon finally reaching Gandhidham, my second destination to meet the borrower groups in the district of Kutch, in Gujarat, in western India. After having visited it earlier, I now felt a sense of familiarity with the place.

Kamiben, a woman in her late 40’s, has been running her business of selling vegetables almost all her life. Her husband also works as a vegetable vendor. I had come to this branch of Kutch in order to check on the progress of Kamiben and Devipujak Mahila Mandal, a group being led by her, after they had borrowed a loan in order to develop their respective enterprises.

In the case of Kamiben, the result of the loan was very apparent. I could see the carts that she had bought with the loan, as well as the stock of vegetables, right in front of her house. The loan of Rs. 15,000 had helped her to a considerable extent.  One of the major advantages that she stated was that now, she could sell her vegetables in a lot of nearby areas, with the cart that she had bought. Previously, this was an onerous task for her. Now, she is able to earn a monthly sum of Rs. 6,000, which not only helps her in meeting their household expenses, but also in funding the education of her 16-year-old son.

She expressed how she wanted to do a lot of other things too. Kamiben ardently wishes to start a cutlery business along with the current business that she is running. She wants better things for her family; most importantly she wants to provide the best of education to her son. With the support from lenders like you, I am hopeful that Kamiben will be able to fulfill her dreams, and also see the change that she wishes to see in her as well as the life of her family. 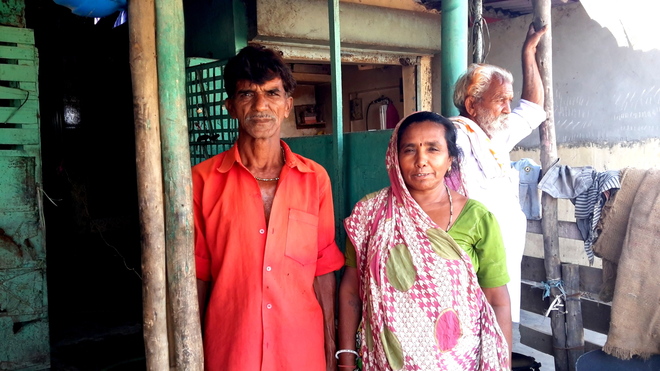 Kamiben, an entrepreneur from Gujarat, along with her husband