"The solar lantern lets me work late into the night." | Milaap

"The solar lantern lets me work late into the night."

Shares
Shares
Share on whatsapp
Rain clouds were descending on the small suburban center of Dakshin Barasat as I stepped off the local train. Normally, the monsoon season comes to an end around this time of year, but this time, a powerful tropical cyclone (Hudhud) was battering the south eastern coast of India, bringing up torrential rains from the south. By the time I had made it to the J. M. Hat branch of DCBS, the rain had started coming down. We ended up having to delay the group meetings we had scheduled for the day, and waited to leave after the rains had quieted down.

The paths were extremely muddy, but we made it to our first meeting without any problems. Our visit was with Chabeda Mandal who, along with her husband Bashir, runs a small tailoring shop from their home. Chabeda was resting on a hammock when we arrived for the interview. Unfortunately, Chabeda has been suffering from arthritis for the past two years, so most of the tailoring work is done by Bashir and their eldest son Salman. Chabeda and Bashir also have two younger boys and one girl who are all attending school. During our chat, her husband explained that he had over 30 years of experience with tailoring and other needlework, so it was not an issue for him to take over much of the work. The family has been associated with DCBS for the last 7 years, receiving periodic financial support to help with their business's expansions.

At the moment, the Mandal family operates 3 sewing machines, and for them, business is very steady. Recently, they had opted to receive a loan through a partnership between DCBS and Milaap to purchase a couple solar lanterns. The electrical infrastructure in their rural area is quite shoddy, and most homes do not have sufficient outlets, and the current is always cutting out. Bashir explained that the light-weight solar lanterns are very bright and portable, and it has allowed him to be able work on his sewing machine during the darker hours. "The lantern helps me see the stitching and I can work late into the night." Their family plans on purchasing a few more lanterns in the future to be placed around the house in case of power outages. They wanted to thank DCBS and Milaap for their continuous support. 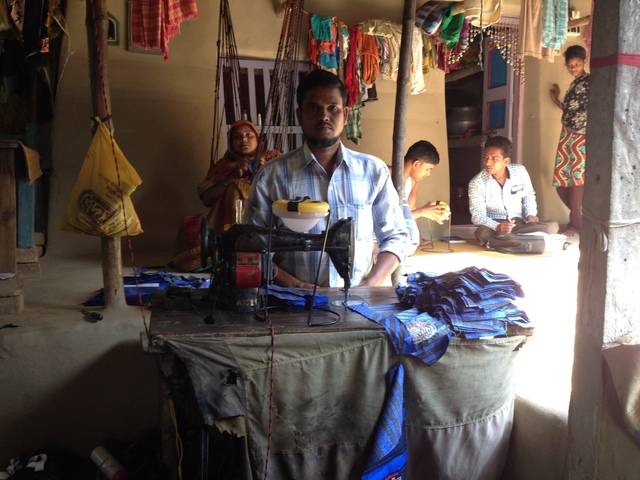