How many banana leaves can you carry on your head? | Milaap

How many banana leaves can you carry on your head?

I went to visit Pushpam in Kondaiyampettai, the district where she lives in Trichy, Tamil Nadu. We pulled off from the main road, navigating children playing cricket and herds of goats on narrow streets as I made my way to see Pushpam. When I reached her neighbor’s house at 10.30 a.m., Pushpam was sitting on the front porch. Little did I know, she had already been awake for over 6 hours! 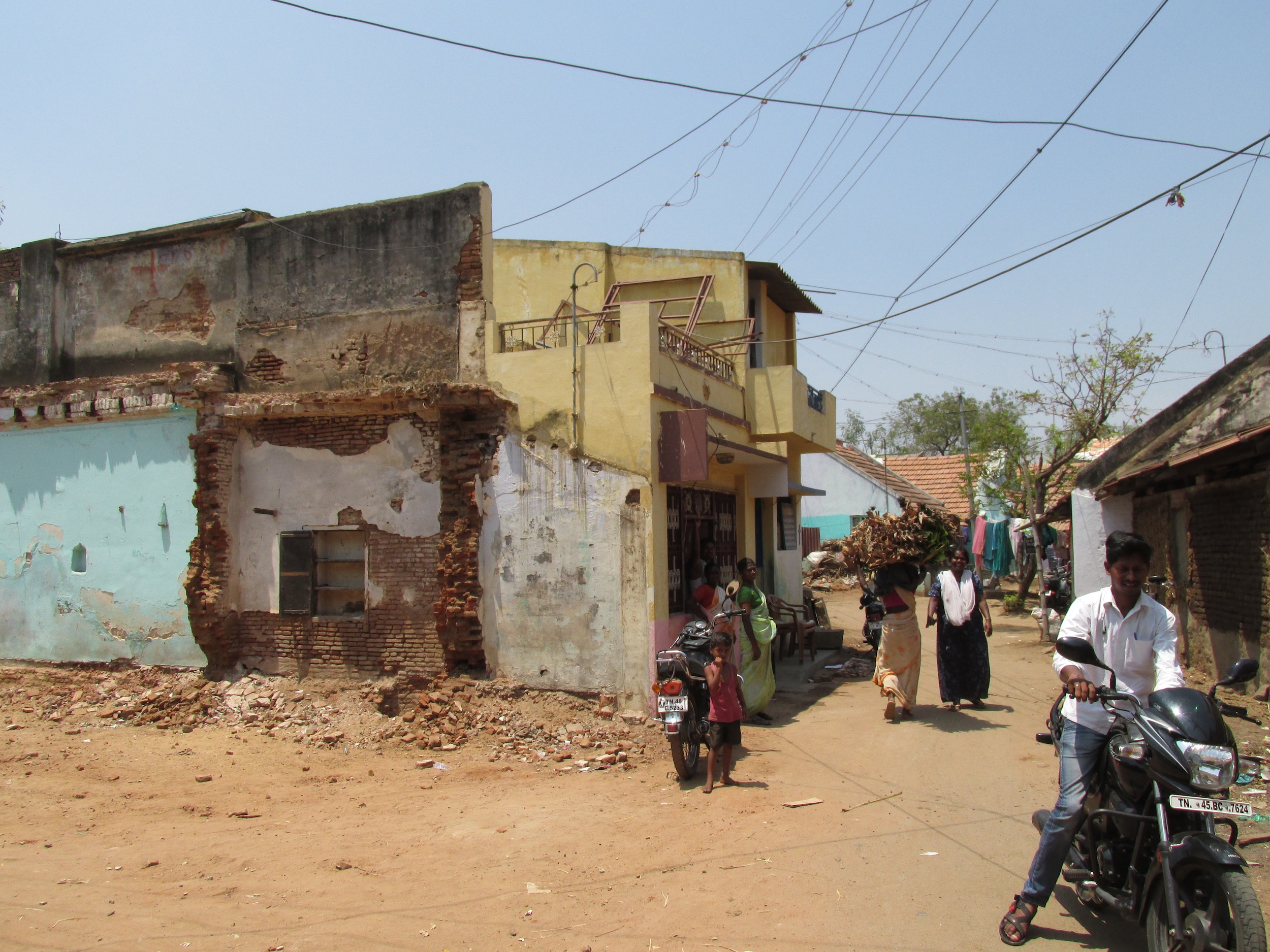 House where I met Pushpam
Six days a week, 45-year-old Pushpam wakes up at 4 a.m. and has a cup of tea, which is the only thing that she will consume until lunchtime. She then walks 30 minutes, or sometimes takes the bus, to a nearby banana field. From 5 to 10 a.m. she cuts the leaves off of banana trees, stacking them and carrying them on her head back to her neighborhood in Kondaiyampettai. She can carry up to 250 leaves on her head at a time, but usually walks with a smaller amount due to the long distance. She makes the trip to and from the banana field two to three times every morning. 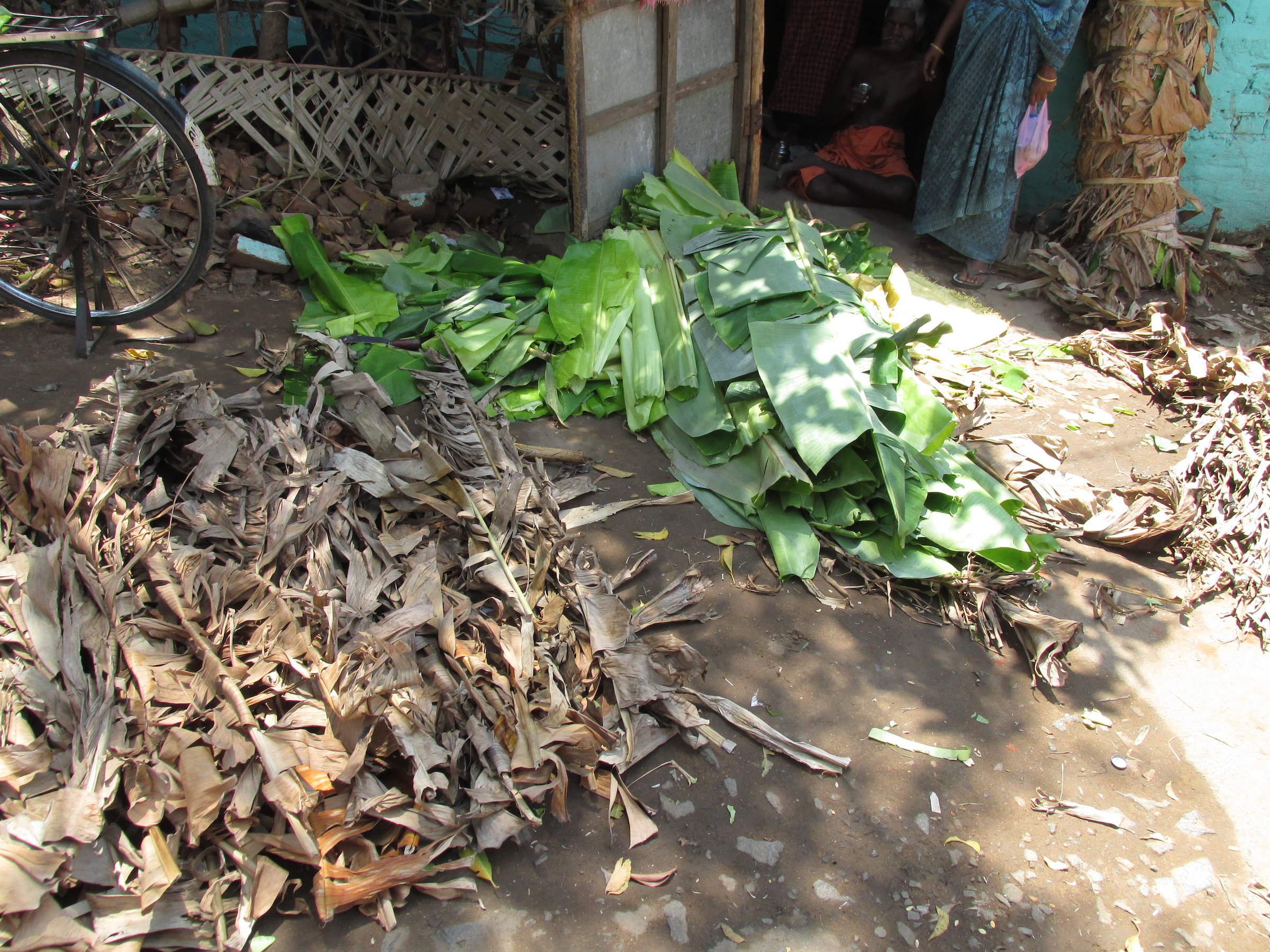 Pushpam's work station
After she has finished gathering leaves, she sits with a group of women from 10 to 11 a.m. and cuts the leaves into smaller pieces. She sells the leaves to restaurants and hotels, which use them as plates.  She sells the leaves for a rupee each, often selling bulk orders of 100 to popular restaurants. While there is a steady demand for banana leaves, they are in especially high demand during festival times. Pushpam used her loan to buy rights to the banana field for one year. Previously, she would pay the owner of the land on a weekly or monthly basis, which was much costlier than a year-long contract. With lower expenses and a year-long contract, Pushpam now live comfortably knowing that her business and well-being are safe. 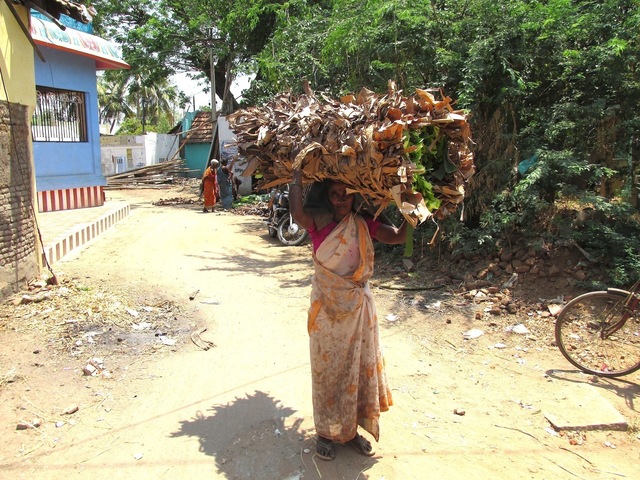