DL
You are sending a message to
Dipak Lakshman
Go back

Shares
Shares
Share on whatsapp
In 2013, when 15-year-old Dipak was diagnosed with cancer, everything came to a standstill for his family. But, that turned Dipak into a fighter. He has been fighting the pain every day for the past three years, ever day a battle of not losing hope. You can help him beat this dreadful disease and save his dream of becoming a doctor.

Laxman Pradhan recalls how his 15-year-old son would love playing football every day after school. Seeing his son’s life confined to four walls of the hospital and pain medication today saddens him to the core.

Dipak’s Condition Is Getting Worse

In 2013, Dipak developed a lingering fever that refused to go away. He had to undergo several tests and they confirmed that Dipak was suffering from Diffuse large B-cell lymphoma, a cancer of white blood cells. He underwent a treatment and there was a significant improvement in his condition.

However, in the month of April, 2016, his condition again started deteriorating and he started experiencing pain and discomfort all over again. This time, he was diagnosed with Acute Myeloid Leukemia. His relapse was a shock for everyone in his family.
Dipak appeared for his Class 10 boards this year and he scored 83%. “I want to pursue science. I couldn’t join college this year. But, I won’t let the disease get in the way of my ambitions. I will beat it and join college next year. I want to become a doctor and help other people fight cancer,” Dipak said.

Dipak's father Laxman is a daily wage labourer and the sole breadwinner of the family. They live in Andheri, Mumbai. Making the ends meet was difficult for Laxman. The news of his son's illness shattered him. But, Dipak has been trying to mask the ordeal inside and put a brave face.

"He tells us not to lose courage. He never cries. We always see him smile. He never lets us cry in front of him," Laxman said.


“Since he was a child he wanted to become a doctor. I want to fulfill his dream. I want him to get back on his feet,” Laxman added.
Laxman, somehow, managed to get the initial amount for the treatment. He borrowed heavily from his relatives and friends. “I have spent about Rs 6 lakhs on Dipak’s chemotherapy treatment till date. But, we need more and I don’t know whom to ask for help,” Laxman said.
As advised by Dipak's doctor Dr. Santanu Sen, he needs to undergo a stem cell transplantation, and the estimated cost of the treatment is approximately Rs 15 lakhs.

Dipak is a fighter. But he needs your support to get the needed life-saving treatment. Laxman and his wife cannot afford the cost of treatment. Our support can help save this 15-year-old's life.

The specifics of this case have been verified by the medical team at the concerned hospital. For any clarification on the treatment or associated costs, contact the champion or the medical team. Click here to contact.
Donate 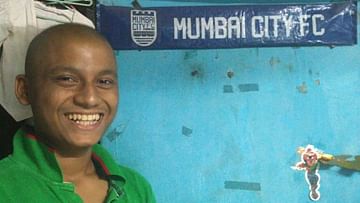 Dipak is suffering from blood cancer. His family cannot afford to pay for his treatment and...