Rescued From A Brothel In Mumbai, Chandrakala Needs Your Help To Get A Job | Milaap

A
You are sending a message to
Tofu
Go back

Rescued From A Brothel In Mumbai, Chandrakala Needs Your Help To Get A Job

Shares
Shares
Share on whatsapp
Chandrakala is 27-years-old today. She wears simple cotton salwar kameez – no bangles or dangly earrings. She tells me that she loves Bangalore classics - ‘gobi manchurian’ and ‘pani puri’ and movies starring the hunky Sandalwood film star, Darshan. She never complains. She gets along with every one. And she’s always smiling.
A closer look will show you the struggles of a young woman fighting to feel belongingness. She lives in an NGO and is still battling demons from her dark times. Chandrakala was trafficked at 20 and spent the next five years of her life imprisoned in a rough brothel in Mumbai.

Of the many names she was called, 'Chandrakala' reminds her of her childhood

Chandrakala isn’t her real name, but it’s a name she chose. She hasn't had much control over her life in past 5 years. She likes ‘Chandrakala’ because it was her pet name as a child. For the longest time, having responded to a name given by the brothel owner, even today there are times when Chandrakala draws a blank when she is called that.
Chandrakala grew up in Mysore. Her parents died when she was a child. Both she and her sister were raised by her relatives and neighbours. Growing up, all she wanted was to get married and have a family of her own. When she was rescued from the brothel, a govt, funded rehabilitation tracked her relatives. But they wanted nothing to do with her. 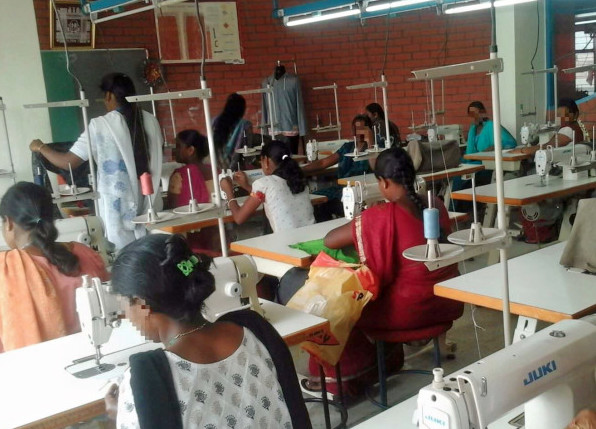 Because, it was somehow Chandrakala’s fault that she was drugged in a Mysore bound train by a stranger, hauled off to a Mumbai brothel and tortured until she agreed to become a prostitute. It is no accident that she woke up dazed in a strange room, in a strange city, surrounded by people chattering in Hindi and Marathi, languages she couldn’t understand. Her trafficker was banking on Chandrakala being disoriented and terrified – he knew it would make it tougher for her to escape. For the next five years, men bought and sold Chandrakala’s body on the streets of Kamathipura, Mumbai’s red light district.  At dusk, many like Chandrakala stood – caked in makeup – on narrow lanes littered with refuse, beckoning hollow-eyed men to follow them into tiny dinghy rooms. Chandrakala was soon fluent in both Hindi and human suffering.

Adarsh (Co-founder, TOFU) having lunch with some of our candidates

Rescued by her own customer

She would never have been rescued if a customer from Karnataka hadn’t taken pity on her. Perhaps, the fact that they both had the same mother tongue, Kannada, did it. He alerted the police and they raided the brothel. The next few years that she was at  government funded centres, she learned tailoring and mat making. But she had no job and little contact with the outside world. Still in her twenties, she began despairing of ever having a normal life. Her family didn't want her and she didn't know what she would do. Death seemed like the only way out. 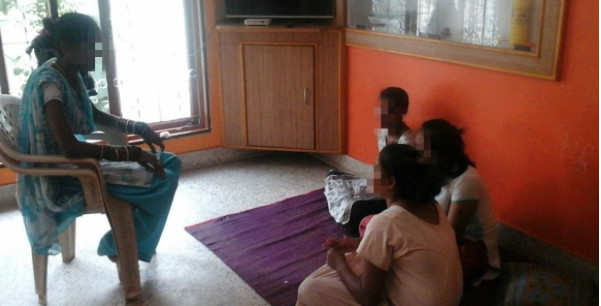 Today, Chandrika lives at Threads Of Freedom United (TOFU) home in Bangalore with other trafficked women and for the first time in her adult life, she has a certain degree of autonomy.  Her conversation is peppered with terms she’s recently learned like “self-reliance” and “job security”. Her plans for the future are bound up in these abstract concepts. But ask her how she feels, she puts it simply, “Free”, she says, “Like I’ve been let out of prison.”.
Chandrakala’s life has come full circle. She was trafficked while returning home from Bangalore after a failed job hunt. It’s taken almost a decade, but she finally might have a decent job. A few months ago, she was inducted into our Threads of Freedom programme. The training and reintegration costs around 1,20,000.
Since it will take few months until she is finally on payroll, so living expenses for coming few months in addition to the training might come upto 1,50,000 INR. In time, she also wishes to move out of the NGO and start a life of own. A small house. A kitchen to cook her favourite meal for herself. The feeling of independence when paying her own bills. Though she will be self-sufficient in 6 months to afford this herself, the beginning will be struggle without your support. After she finishes training, she will be hired by one of TOFU’s partner garment factories. Your support will help Chandrakala live the life she deserves. Contribute now.
Click here to contact TOFU, the place Chandrakala calls home.