Shares
Shares
Share on whatsapp
Indian Judo champion Avtar Singh, a farmboy till last year, makes it to the Olympics
The force behind his success, Avtar says, are his parents. They got him started in Judo. When Avtar's coach held him back, they told him not to quit. They mortgaged their house to help Avtar participate internationally and make his bid for the Olympics. Their faith paid off and Avtar is the first Indian to represent India in Judo 90-kg category at the Olympics. 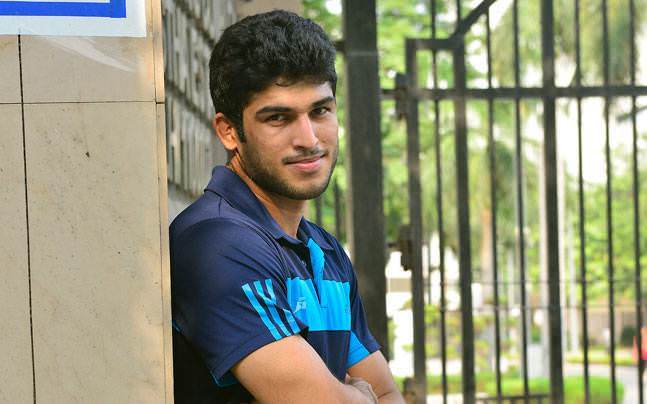 All roads lead to the Olympics
Avtar comes from Kothe Ghurala village, two kms from Gurdaspur, Punjab. Gurdaspur boasts almost 30 Judo clubs and most families have at least one person who practices Judo. The Judo Federation of India (JFI) even opened a national centre here.
Avtar's father Shingara Singh, works as a helper in the local government hospital. His mother Sukhvinder Kaur is a home maker. No-nonsense in their thoughts, their son's energetic, mischievous nature worried them. They would never have the resources to bail him if he got in trouble. 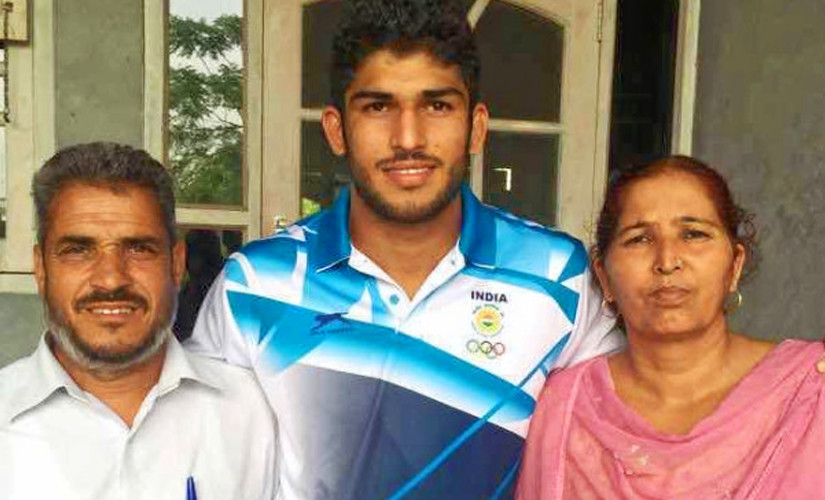 Their way of making sure he didn't 'stray' was to tire him out. Avtar worked in rice and wheat fields in his village. When it wasn't enough they got him started in Judo after school. He excelled in Judo, to their surprise. Judo transformed Avtar and they saw it. He matured into a disciplined, sincere judoka – a Judo practitioner.

By 2008, Avtar easily dominated all contenders in his weight-category in Gurdaspur, towering over his opponents at 6'4''. But there was a tough challenge yet. Local sports-politics made coaches overlook Avtar for the state-level competitions. This hit him quite hard. 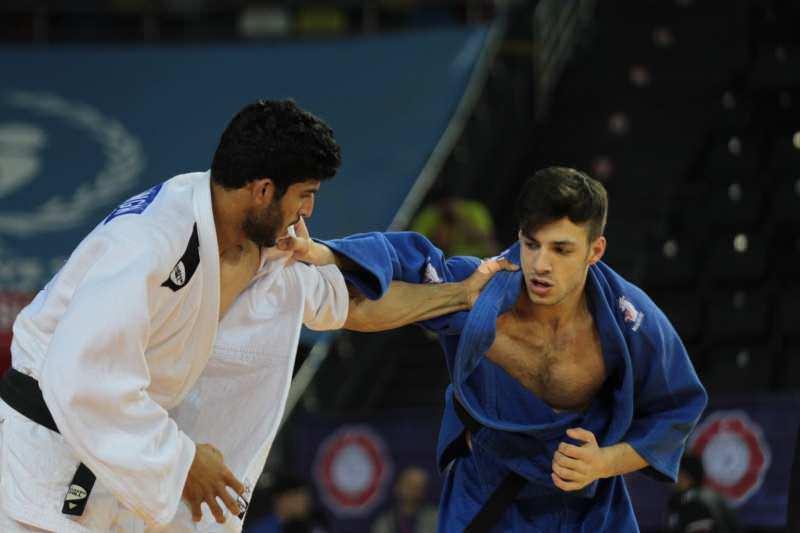 Avtar at the Grand Prix 2016
In Judo, the only way to get ahead is to participate in tournaments. Performance in tournaments determined one's place in the rankings, which in turn decided how far you could go in the sport. And only the national federation could send your application. Avtar was deeply disappointed and had decided to quit. But his father stood firm,“This is not when you quit. The game has just begun.”
The parents made it their personal mission to make sure that their son had all the chances he needed. Avtar had to have the right diet and money for the opportunities he needed. Things improved and in 2010, Avatar was spotted and coached by Arjuna Awardee Yashpal Solanki. In 2011, he joined Punjab Police as an assistant sub inspector and that was when the family stopped living in fear of crippling poverty. Avtar also got financial support from JSW sports. By 2015, Avtar's talent was acknowledged by the best in India. 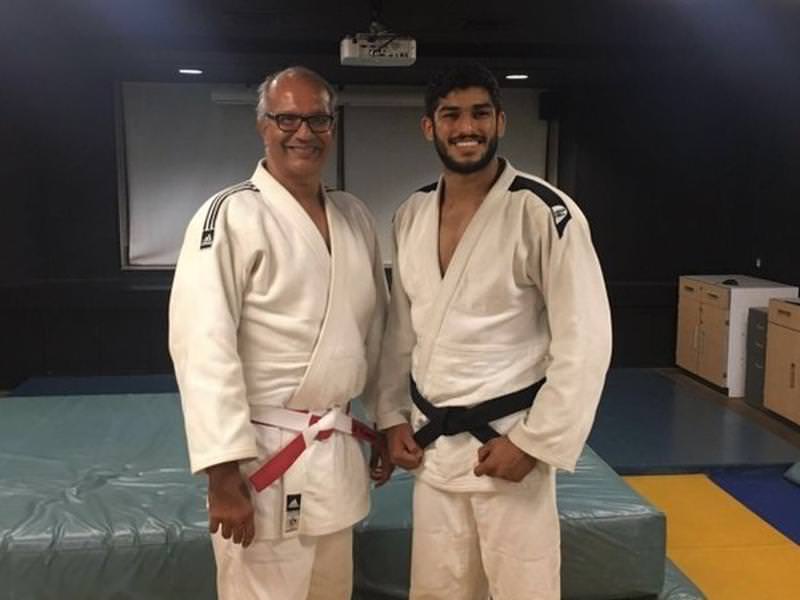 This April, the Judo Grand Prix was in Ankara, Turkey. It was this tournament that finally clinched his spot for the Olympics. For this trip, Avtar's parents encashed all their savings to send Avtar abroad.
Avtar remembers sitting in his room after he heard how much his parents had invested in sending him to Turkey. “I really wanted to go, because this was a big match, but I didn't want my parents to lose all their money,” he says. Avtar repaid his parents' faith by using these six matches over the year to jump 109 ranks up. 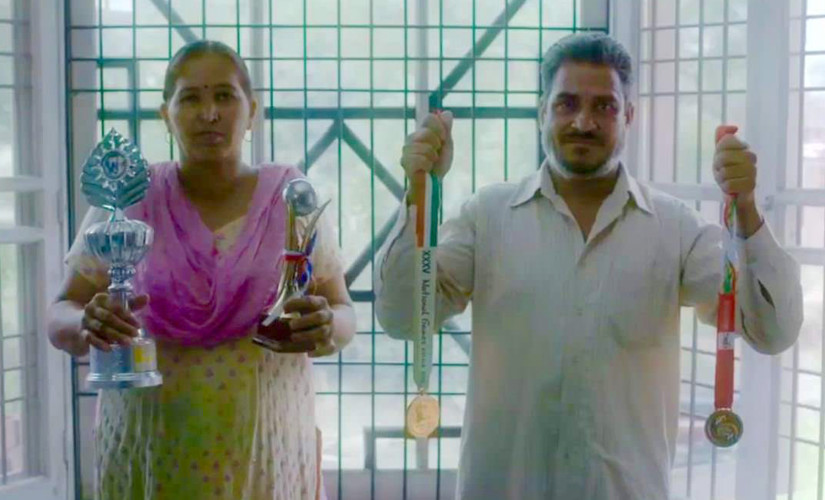 The proud parents with Avtar's trophies and medals
“I had a small salary and all these years, I felt helpless to help him achieve what his talent deserves,” his father relates. But now, he is relieved. Avtar's younger brother, Jagtar, has also followed in older brothers footsteps and become an accomplished judoka.
Avtar's parents have never seen him in a tournament
In Avtar's words,“My parents were obsessed with my success. They never doubted I'd be here. The day my father heard that I'd qualified, he was so emotional that he couldn't speak.” For all their contributions to his success, they have never gone to a competition with Avtar. “We have seen him on TV, though,” adds his mother.

They need money to purchase flight tickets and pay for accommodation and expenses. It is a matter of great pride for the nation that a prodigy reached the Olympics despite the hurdles. This occasion can be happier for Avtar if his parents can make it to Rio and support him as he fights what could be the most important Judo match of his life. Join Mother Dairy and Green Bench and send Avtar's parents to Rio.

To donate to send Avtar's parents to Rio click here.

Help Avtar's parents to support him in what could be the most important Judo match of his life.