You are sending a message to
Ashok Patil
Go back

There has not even been a day in Ashok Patil's life that he could recollect as being free from his illness. But if you talk once to this 22 year old from a small town called Chikhli in Maharashtra, you will never see life the same way as before. Born with a defective heart and lung coordination, Ashok’s body does not receive pure, oxygenated blood and poses an impending danger of stroke or heart attack leading to paralysis or death. How would you explain the resilience and optimism of a 22 year old who is surviving on external oxygen support for the past years There is more to this inspiring youth that has surprised his doctors and relatives.

22 Years on Medications and Injections for Survival

In 1994, when Ashok was born, the doctors soon detected that the he did not have an effective circulatory function from his heart to the rest of the body. The pure blood is circulated within his heart and lungs but the rest of the body receives just the impure blood.  The doctors could not treat him at the time of birth as they did not have advanced method to treat such a condition and Ashok’s family were not in a financial position to go ahead for an expensive treatment out of the Country.

Ashok’s father is a school teacher and mother is a home maker. He has an elder sister who lives on Nasik with her husband. All these years, this family has managed Ashok’s treatment with his father’s income. Despite financial difficulties, his family reached to all major hospitals in an effort to save him. Finally they reached Fortis Malar Hospital in Chennai. As an answer to their prayers, the doctors there suggested the only solution left to save Ashok. He should undergo a heat and lung transplant. This will give him a functional heart and lungs. The procedure is complex and difficult as they have to get a heart for the transplant. The procedure is expensive and the estimation given for the treatment and transplant is Rs 32 lakhs. This way above what the family could arrange for after 22 years of spending every rupee they earned for Ashok’s treatment.

When Ashok was in school, the faculty there was well aware of his condition. They treated him as a special student. “My teachers supported me a lot, they knew I should not engage in certain activities in school that will get me admitted in the hospital.”Ashok has very few friends. He does not feel sad about it. Most of the students hang around with groups, play together and make friends but he did not get a chance to do that.  He mostly working on a computer, playing and learning most of the times.

“When I say kids playing cricket and badminton at school, I didn’t feel bad. I knew it was not my cup of tea. It’s true I have health problems, but it does not make me lesser than any other individual. I began to play games of my interests.. Chess and computer were my strengths”.

Ashok almost made it to IIT but his condition forced him to give it up. He didn’t lose heart. He joined the local engineering college and is now currently in his fourth year.  Ashok’s voice fills with happiness when he remembers what his professors said to him once- “You are the only student that can help us out if we are stuck at some problem”. Ashok is higly competent with computers and is currently at home indulging in self-study. For the past two years he has not been able to attend classes as he needs artificial oxygen for support. An unexpected heart attack two years ago forced him to stay indoors.

Another proud moment for Ashok’s family was when he was selected as the computer officer to the Indian Army. His health again stood as a roadblock restraining him  to the four walls of his home. But Ashok has not stopped dreaming of computers. He wants to be a cyber forensic expert and be one day be recruited by the FBI.

How You Can Help Ashok

For almost 8 hours a day, Ashok is on external oxygen support. He survives on medication and drugs to control his hypertension caused due to lack of oxygenated blood. Anytime, he can suffer from a stroke or a heart attack. Inspite of these dangers, this 22 year old dreams of a future. He has some determination which most of us can learn from- he has the determination to make his dreams come true. If we could lend a hand to Ashok now, he will have his life back to fulfil his dreams. He can collect Rs 32 lakhs to undergo a heart and lung transplant. The funds collected will go to Fortis Hospital for his transplant.

Your help now will make a difference.

Click here to know more about Ashok and make a contribution 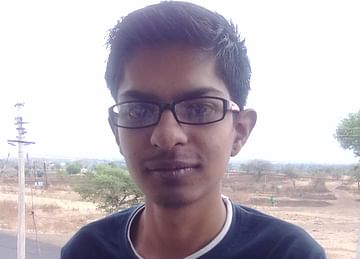 Ashok Needs To Undergo A Heart and Lung Transplant To Survive

Living on external oxygen support, Ashok has a greater risk of stroke or heart attack any time....