You are sending a message to
Abhishek Goswami
Go back

Help Abhishek Get A New Heart

Shares
Shares
Share on whatsapp
Every day we come across stories of inspiration, we come across individuals so inspiring that we want to follow their thoughts and actions. This is one such story of a person who is fighting for his life, yet inspiring many to lend a hand to others. 27-year-old Abhishek Goswami from Delhi is waiting for a new heart. Until few months ago, he was like us, living his dreams. But what started as a common flu infection, changed into something serious. He suffers from a condition called Dilated Cardiomyopathy, a condition in which the heart becomes enlarged and cannot pump blood efficiently and Arrhythmia, a condition where the heart beats faster or in an irregular pattern. He suffered a brain stroke and a cardiac arrest last month. His only hope is a heart transplant.

Few days ago at Sri Ganga Ram Hospital in Delhi, there was an unusual number of people visiting and they were heading towards the cardiac ward where Abhishek was admitted. His family was slowly recovering from the shock that young Abhishek needs a heart transplant. But they saw rather an unusual sight that day, in spite of being in the hospital suffering from pain and with extreme weakness, Abhishek was all smiles to see his friends. That day, his family realized something about their son- the people that gathered did not come out of sympathy, they came to give back to the person who helped them and inspired them. 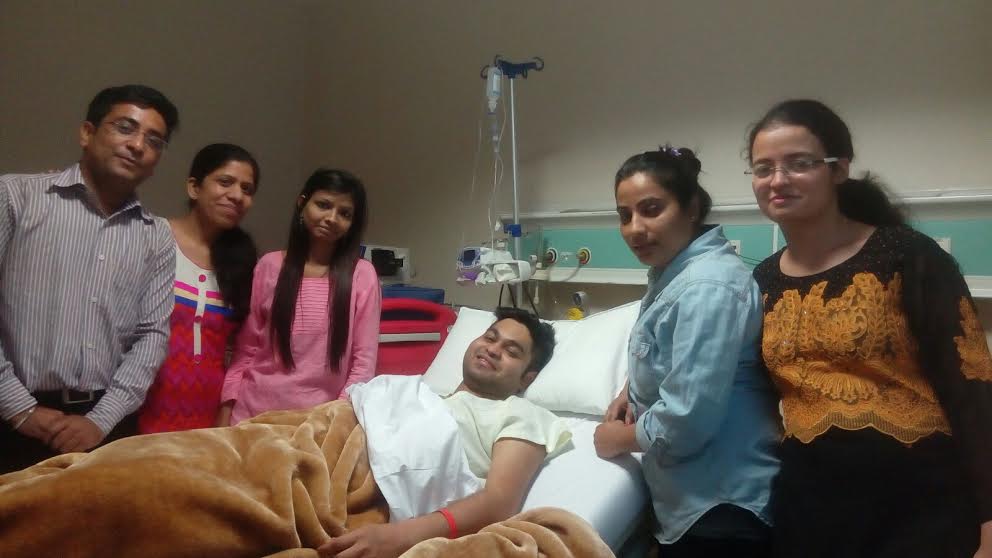 When A Common Illness Lead to A Life Threatening Condition

Few months ago, Abhishek was constantly falling sick with flu-related symptoms. He was taken to various hospitals for treatment. He had difficulty in breathing and was rushed to hospitals at early hours of the day. Doctors could not identify anything unusual. It was in February 2016 that Abhishek's condition began to worsen. He was hospitalized, and his reports showed that he suffered heart-related problems.

The doctors could not identify what led to Abhishek's heart being affected this way. After various discussions and analysis, it was found that it was a flu-related injection that resulted in the weakening of his heart. Tests also showed that Abhishek suffered from Pleural effusion, a condition in which excess fluid builds around the lung.

This news came as a shock to the family. Who would expect that the ordinary flu would cause something as grave as this?

An Expecting Mother's Struggle to Help Her Brother

Doctors suggested he needs to undergo a surgery to insert an implant which will support his heart. But his sister, Jaita, wanted to get a second opinion. She visited Sir Ganga Ram Hospital in Delhi. Doctors there decided to keep him on medications until the transplant.

Jaita who is expecting a baby has been tirelessly trying to collect the funds. She has put her own and her child's health behind to support her brother. Jaita, along with Abhishek's friends managed to raise some funds for the treatment but it is not close to the estimated amount for the transplant. The transplant alone would cost them Rs 35- Rs 40 lakhs. 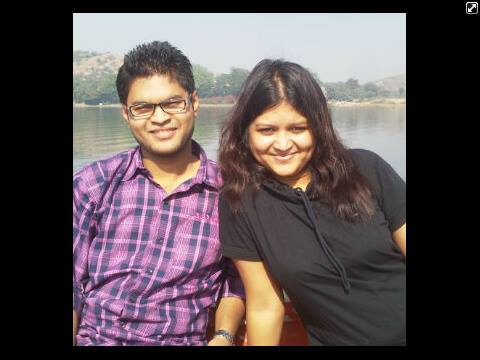 The family exhausted their savings and network . Adding to their misery, Abhishek's condition started to worsen and lead to what they feared the most.

Fighting  a Cardiac Arrest at A Young Age of 27

Abhishek suffered a brain stroke followed by a cardiac arrest. Doctors began an immediate search for a donor's heart. But it is not very easy to get a heart for transplant. In order to prevent another cardiac arrest, the doctors decided to operate Abhishek and insert an Automated Implantable Cardioverter-Defibrillator Implant (AICD). An AICD is a device that monitors a person's heart rate. They are generally implanted into heart failure patients. After the implant was inserted, Abhishek was brought to the cardiac ward. When his condition became better, the family decided to take him home as they could not manage the hospitalization charges. The implant will prevent another cardiac arrest and will keep Abhishek stable while away from the hospital. 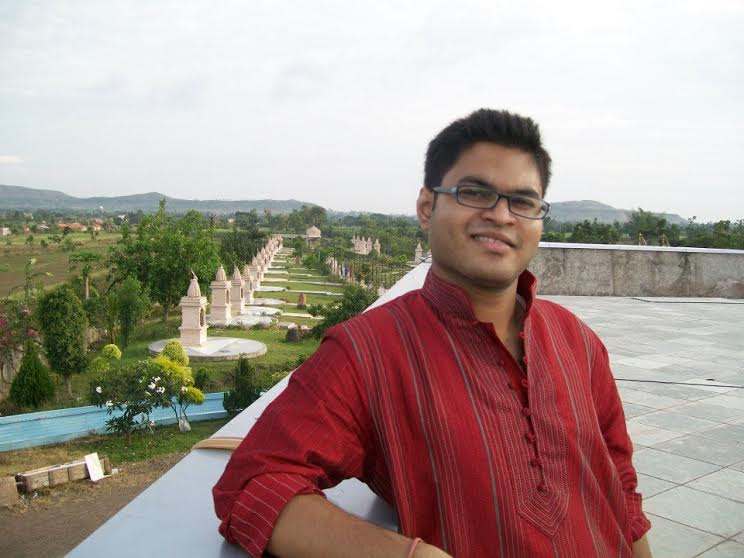 Search For A Donor

Search for a donor continues. Jaita has been visiting doctors from several hospitals to get an opinion before the transplant. She is now planning to shift Abhishek to Apollo Hospital, Chennai because of the availability of a donor heart for transplant. 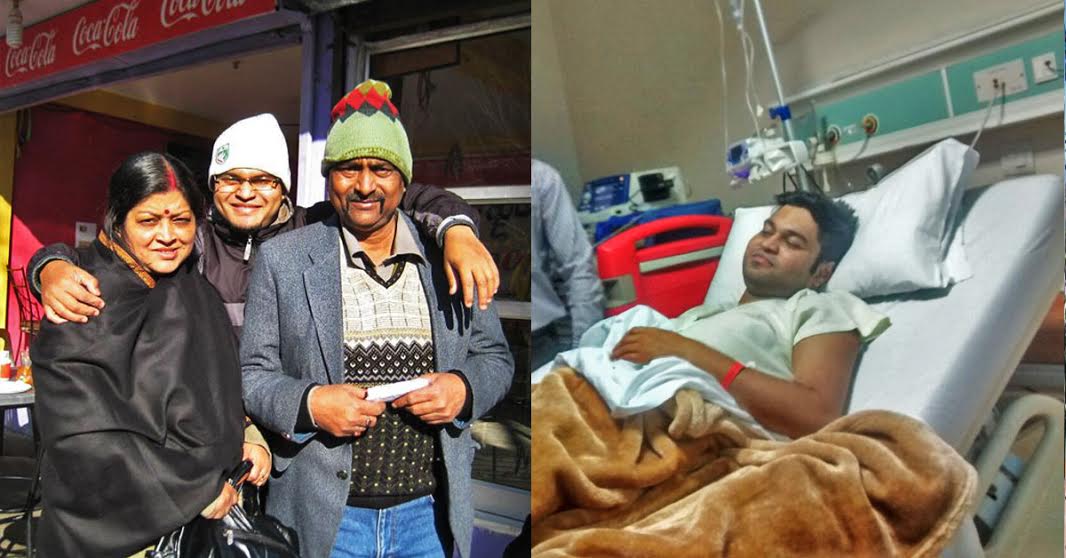 If doctors at Apollo confirm the date of transplant, Abhishek will be taken to the hospital via an air ambulance which will cost the family an additional of over Rs 5 lakhs. Post the transplant, Abhishek needs to stay in the hospital for 3 weeks, followed by 6 months of close monitoring. This would require the family to shift to Chennai from Delhi.

How You Can Help Abhishek

Abhishek is just 27 but fights for his life. His only hope lies in finding a  donor. The family is trying to get more support, but 50 lakhs is beyond what they can manage. He has inspired many to live and helped anyone who came asking for help. Your contribution will help him at this crucial time and will save his life.

Funds collected will be transferred to the hospital towards his transplant expenses and all supporters will receive regular updates on Abhishek's progress. 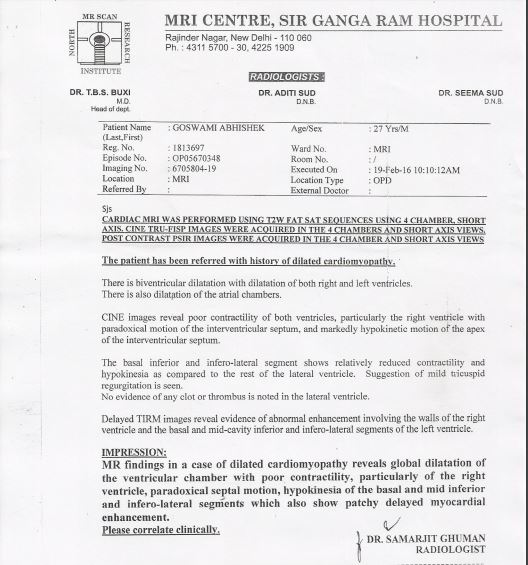 Click here to know more on how you can save Abhishek.
Donate 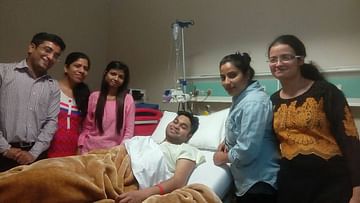 This 27 year old has suffered a brain stroke and a cardiac arrest in the past few days. Your...