With experience, Gauravva plans to overcome her past losses | Milaap

With experience, Gauravva plans to overcome her past losses

Nandikurali is a small village situated in the interior regions of the Belgaum district of Karnataka. Similar to other villages in this area, former Devadasis in this village as well have formed Self Help Groups. A few of them took a Milaap loan to expand their microenterprises. Gauravva is one of the borrowers I was here to meet.

Gauravva lives with her brother and his family. She works on farms as a daily wage laborer and also runs her own goat rearing business. With the loan amount of Rs. 10,000, she was able to buy two goats.

“I had two goats before this. But had to sell them for just Rs. 6000 as they were sick,” said Gauravva. She is hoping that her new goats will be able to make up for the loss she incurred and provide some profit as well. Goat rearing usually is a very profitable enterprise, but the lack of sophisticated techniques and knowledge limits its potential prospects for these women. Gauravva has had some experience now, and she thinks that this time she’ll be able to turn it to her advantage. 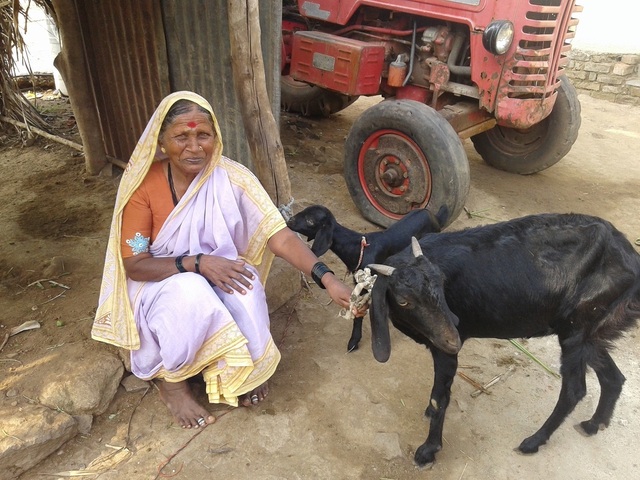 Gauravva and her newly bought goats