This water seller from Gujarat strives hard for her daughter's future

The day was marked by scorching heat. I was in Gandhidham, a small town in the Kutch district of Gujarat: a fabled district that is well known for its art, crafts, music, and people. The place had a whole different aura about it. I was accompanied by the Prayas branch manager Mr. Prakash. And I was here to check on the progress of Dada Shah Husain Mahila Mandal, a group led by Aminabai Sheikh, after they had borrowed an enterprise loan from Milaap’s community of lenders. As Aminabai was too occupied with work that day, I met Hasinaben, another group member instead.

Hasinaben has partnered with her brother in his business of selling packaged drinking water for the past 2 years. With her loan from Milaap a couple of months back, she could buy more stock in bulk. Life has been difficult for her. In spite of all the adversities, she remains strong for her 4-year-old daughter Seherbanu, who she hopes to provide with the best of education.

At present, apart from partnering with her brother in his business, she is also attending classes in order to learn tailoring. She intends to start her own tailoring business after she completes her training. Her passion to do so was clearly evident in the way she spoke of her plans.

The loan from Milaap helped in increasing her monthly income to a considerable extent. On an average, her income now tends to be a monthly sum of Rs. 5000-6000. With the support from lenders like you, women like Hasinaben can bring their dreams to fruition and see the change that they very much wish for. 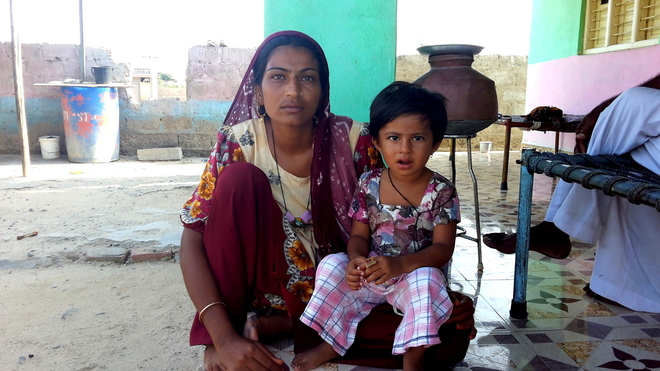