I met Jai Jagannath SHG in a village of M.Rampur district of Orissa, India on 19th December, 2014. The village can be easily reached by road though the roads are in poor condition. The group has 12 members out of which 3 members have availed the solar energy loan facility of Milaap. They have had good experience with the solar lanterns and express their gratitude to Milaap. Because of the solar lanterns, they no more have to stay in the dark. The village has been provided with the electricity connections but frequent power cuts cause a lot of misery to the people such these power cuts happen during the peak hours such as 5 to 8 in the morning and 6 to 9 in the evening when electricity is most required. Most of the group members are involved in agriculture activities for making a living and grow paddy, pulses and vegetables. The members present during the meeting were Banita Sahu, Basanti and Banita Behera. 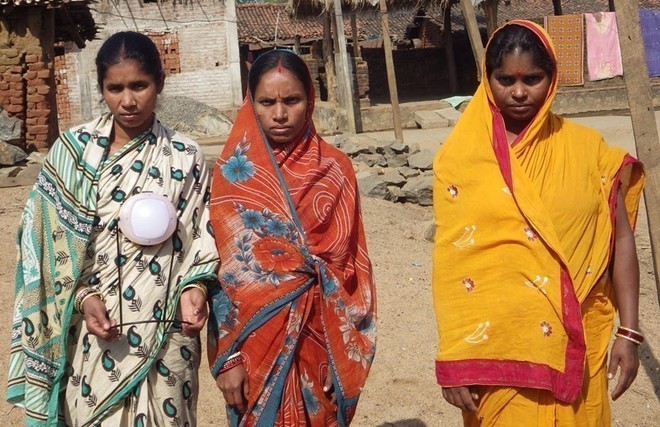