19-year-old Santhosh's Cancer Can Claim His Leg And Even His Life Without Immediate Help | Milaap
loans added to your basket
Total : 0
Pay Now

Your contribution will give life to a bright, young man. 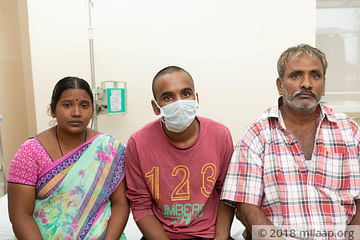 Santhosh ignored his own pain for his family

UPI: givetosanthoshk@yesbankltd (Copy to clipboard)
Or
Click here to read the instructions before you make a bank transfer.