His wife is the only pillar of support to him, help him to make her recover from brain surgery | Milaap
loans added to your basket
Total : 0
Pay Now

VC
You are sending a message to
Vaibhav Chandgadkar
Go back

His wife is the only pillar of support to him, help him to make her recover from brain surgery

Shares
Shares
Share on whatsapp
33 Year old Vaibhav an Insurance executive from Mumbai since one year has faced too many hardships in his life. In May of last year, he lost his father all of a sudden due to a heart ailment, He hadn't even recovered from the death of his father and her wife whom he regards as his greatest support, suffered a brain stroke and suffered a partial paralysis.
Vaibhav has left no stone unturned to ensure she gets the best treatment. However, after spending more than 12 lakhs on her treatment, he has run out of funds and savings.He currently requires 5 lakh rupees more for her recovery from Milaap's fundraiser.
Please come forward to support Vaibhav since you are the only hope for him to save his ailing wife.

It was a love and arranged marriage - Vaibhav

Rekha and Vaibhav got married on the valentine day of 2011

Vaibhav recalls "She has always been extremely supportive and encouraging to me. Slowly we developed a liking for each other and eventually fell in love and got married. Even last year when I lost my father she was the one who held my family together and made me calmly deal with the loss"

It all happened on the eve of 17th January

That day Vaibhav was working late at the office and had no clue that her wife fell unconscious at their home.

Thankfully his 5-year-old son Rudra was at home when this happened and quickly called the neighbors and also gave Vaibhav a call.

Rekha was immediately taken to a private hospital in Dombivali, where the doctor declared Rekha had suffered a brain stroke and partial paralysis on her left side and had to undergo an urgent brain operation in order to survive.

"I had to take call and save my wife's life before something really went wrong. I made a decision to taake her to the fortis hospital and get her surgery done."

Post the surgery on 18th Jan, a part of her skull was removed to track the process of the surgery, another surgery was performed to fix the skull back. Post her surgery the doctors had suggested physiotherapy and rehabilitation therapy help her get back on her feet. She needs to undergo various therapies for the next six months.

In the last 3 months she has managed to involuntary move her left hand but has long way to get her hands fully functional.

Vaibhav has already spent 16 lakhs on her treatment arranging funds through various sources. He requires another 5 lakhs in order to ensure her rehabilitation is not hindered.

Your contribution will save Vaibhav to undergo huge debt and also help Rekha in easy recovery. 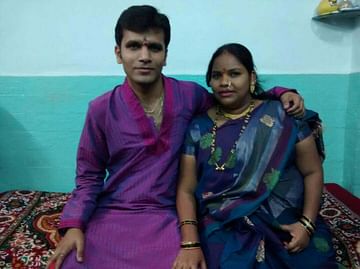 Rekha needs your support to recover from brain surgery