Viji in her house
Viji was busy bathing when I arrived at her house, so I sat outside an admired the nearby temple, which she later informed me her husband painted. Vagudapatti –the village where Viji lives – is spread out over a fairly large area, with clusters of neighborhoods surrounding the village center. Most of the men are agricultural laborers, farming rice and sugar cane.

Bathroom used for storage and septic tank
Viji lives with her husband and two sons, who are in the 2nd and 3rd standards. The kids enjoy dancing at school, and her eldest son is a good runner of ‘slow races,’ which I think means long distances races. When I walked through Viji’s house, the back opened up into a communal courtyard shared by a few other members. She walked me diagonally across the courtyard into the storage area on the other side to show me the toilet, which is located in the back of the storage area. There is a square concrete slab on the floor just before the entrance to the toilet, which is the top of the septic tank. When I looked inside, the toilet was incomplete and being used for storage. The construction that had been done appeared very solid, but the toilet wasn’t connected to the septic tank. Viji told me that the toilet cost 50,000 Rs. to build, and it would cost another 20,000 Rs. to complete. Guardian, Milaap's partner who distributed the loan, later told me that the masons convince people to build more expensive toilets by telling them that they will last longer. It looks like exactly that happened in this case. Viji has had no issues repaying her loan on time, and she plans to save up and finish the toilet in the future. 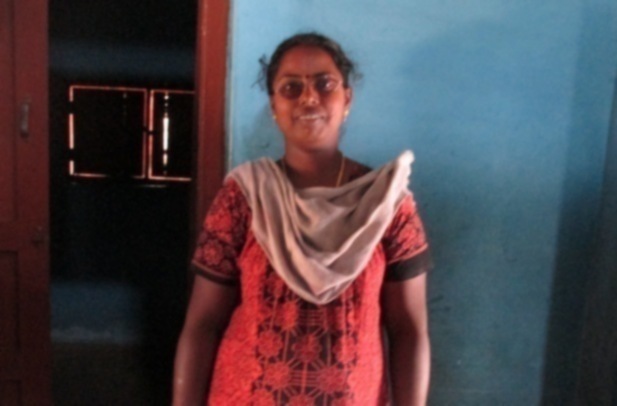