You are sending a message to
Jaspal Kalra
Go back

Shares
Shares
Share on whatsapp
The chikan embroidery artisans of Lucknow were being exploited and paid wages as low as Rs. 50 per day. That’s when one man decided to intervene and do something about it. At present, Jaspal Kalra’s organization Sangraha is helping these chikankari artisans become the masters of their designs and destinies.
Aren’t we all too familiar with the beautiful Nawabi fashion culture of Lucknow? But, there’s more to the city. It has a treasure trove of hidden crafts – one of them mainly being chikankari.
Chikankari has established a firm position in the world fashion. Today, it’s a lot more than mere art; it has global appeal. Unfortunately, none of this has had a positive impact on those who have toiled day and night to make this art famous all over the world.
Married at 16, Tabassum has gone through a lot. She never went to school, was pushed into early marriage and then had to go through the heartbreak of a broken relationship, all in her teens. That’s when she decided to take up chikankari with the intention of supporting herself. She mastered the art craft under the guidance of notable tutors. However, earning a decent living through chikankari seemed like a distant dream.
Tabassum is one among the many chikan artisans – all of them share the same story. Of the 2.5 lakh artisans in Lucknow and its adjoining areas, two lakh are women, mostly from the Muslim community, who make Rs. 2500–3000 per month.

But, one man decided to change things and transform their lives.

Jaspal Kalra, a professor of fashion design, is the founder of Sangraha Kala Foundation.  The organization not only conducts a four-month training programme in design for chikankari artisans, but also connects them with prospective buyers through an online platform, thereby making entrepreneurs out of them. Their sole motive is to bring about positive changes in the socio-economic conditions of these artisans. 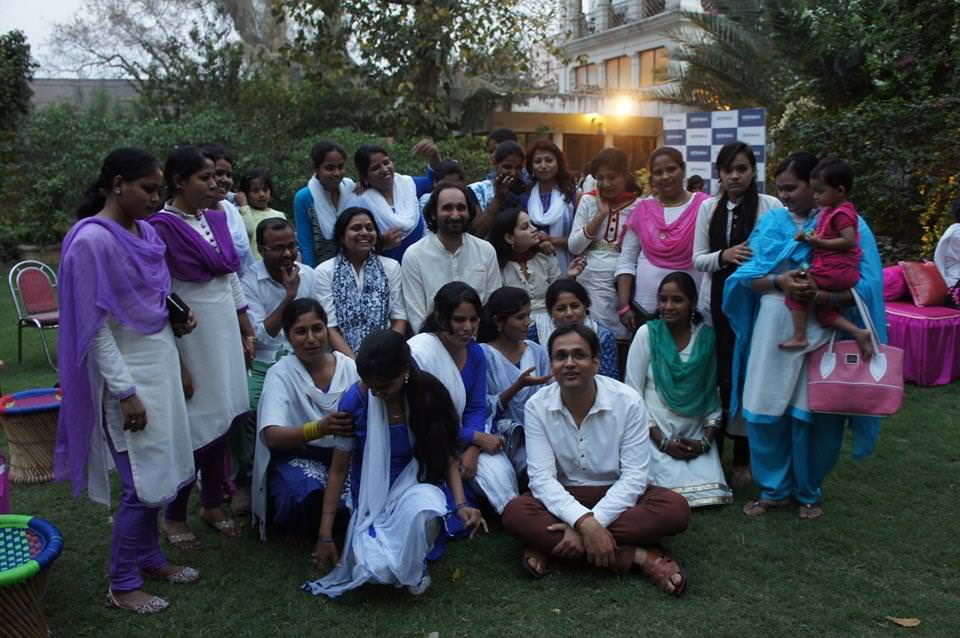 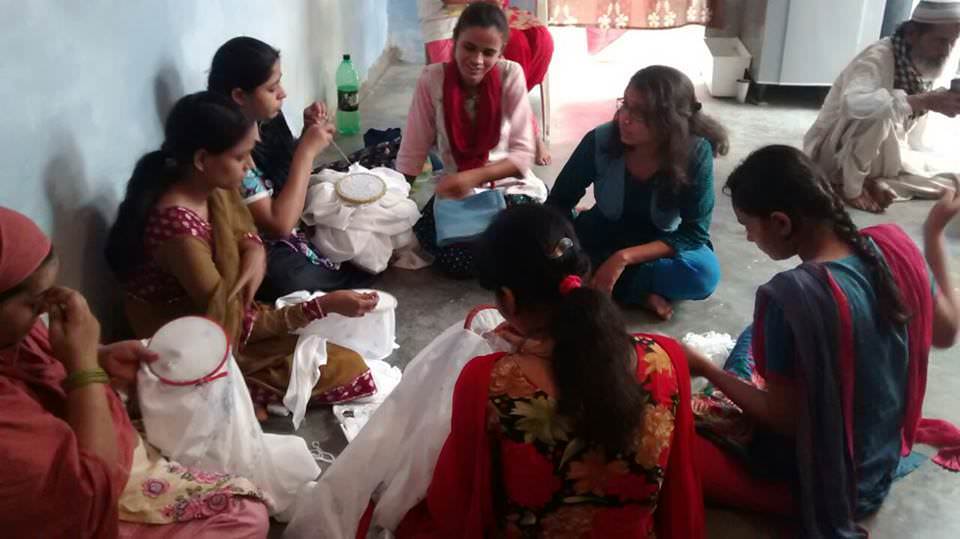 “I come from a design background. I don’t want to get into the Math. These chikan artisans are highly skilled. I just want to take them out of the vicious exploitation cycle,” says Jaspal.
Jaspal, through his organization Sangraha, has been able to impact the lives of 27 people up till now. Sangraha’s core team comprises four members. Plus, they have a lot of volunteers who help them.
“These women weren’t even allowed to go out of their houses. But, things have changed drastically. They now have a better understanding of market and value chains,” says Jaspal.

Breaking the Shackles of Oppression

Women like Tabassum were barely allowed to step out of their homes and do anything apart from household chores. Literacy amongst such families is low and poverty is high and they continue to live in conservative neighbourhoods. But, she knew she wasn’t meant to live such a life. So, she took charge of it. “From living hand-to-mouth, Tabassum has been able to earn a sum of Rs. 100,000 in 9 months,” says Jaspal.
Jaspal shares an incident that reflects the commitment of these artisans and how willing they are to go all the way to bring about a change in their lives.
“There was an exhibition at Jaipur and some samples got left behind. We knew that even if we couriered them, they won’t reach on time as it was weekend. That’s when two girls from the batch took it upon them. They took the next train from Lucknow and brought the samples to Jaipur,” says Jaspal.
“Despite all odds, these artisans don’t want to accept defeat. The kind of commitment that they have for their craft inspires me and keeps me going,” he says. 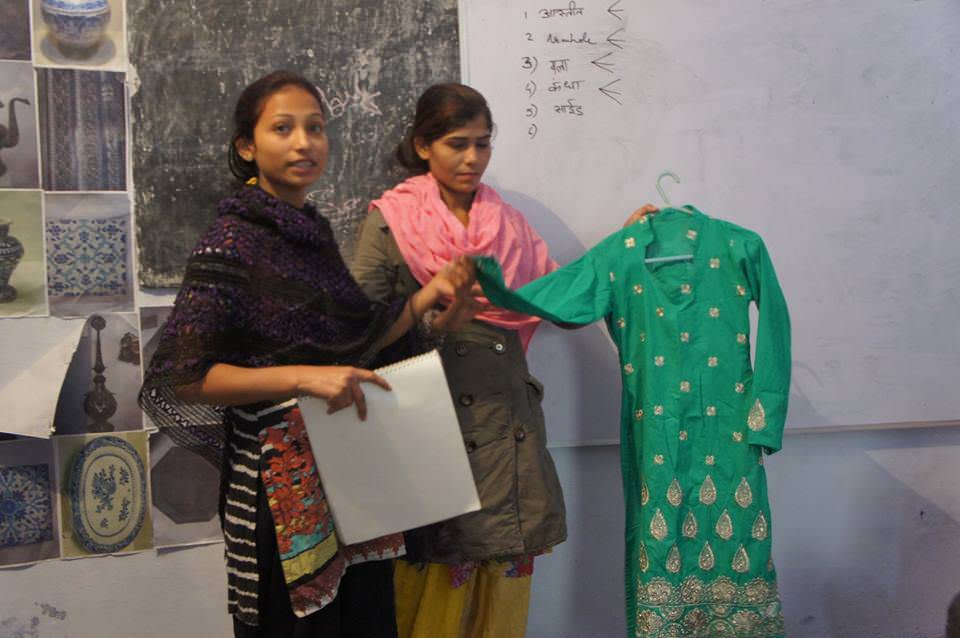 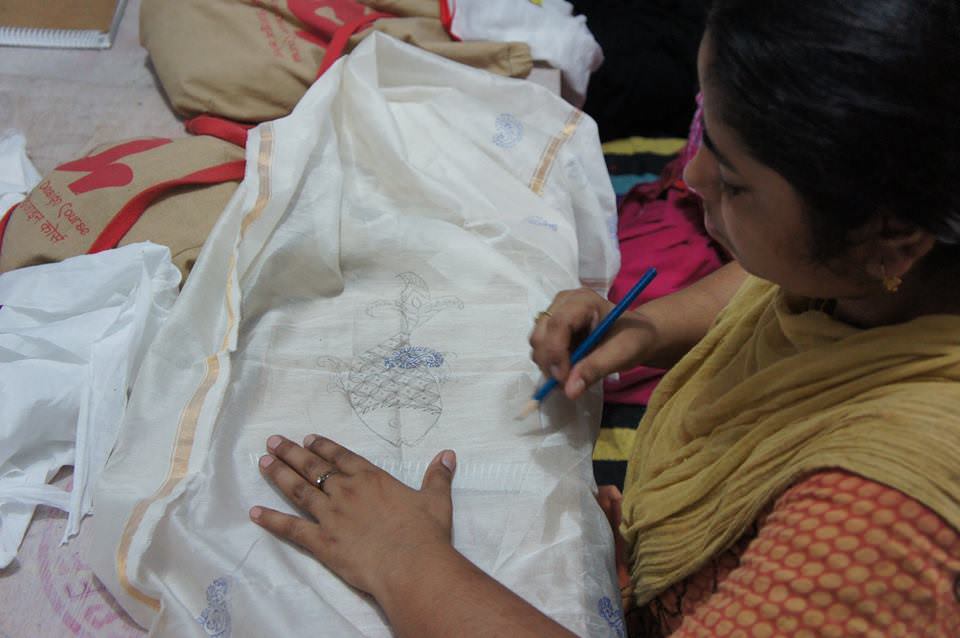 Today, these artisans have become an inspiration for the entire group. The other artisans too now fearless travel for exhibitions. They aren’t looked down upon like they used to. They are finally getting the respect and acceptance they deserve from the society.
“The course provides them with the needed exposure. Once they get to see and understand the world around them, they also realize what they want and they start working towards it. This, further, helps them give a better say in their families,” says Jaspal.

The plight of the chikankari artisans is pitiable. Their art has contributed immensely to the world fashion. Why let this art die? They need your support. Your contribution will help Jaspal reach out to maximum artisans and save the fading and dying faces behind the craft. He wants to preserve the craft and help artisans gain sustainability and independence. Donate here.
Donate

Jaspal wants to educate these artisans and help them be entrepreneurs