AB
You are sending a message to
Amit Bag
Go back

The stark, clinically clean settings of the oncology department at Apollo Hospital, Chennai, is completely removed from the lush greenery of his village in West Bengal. And Amit Bag is all too aware of this. He sits anxiously in the hospital, as his 3 year old son, Rahul, fights acute myeloid leukemia (AML) for the second time.

Rahul was back home after his cancer treatment. Life became normal again for Rahul's famliy. His mother was excited to think that her son will join school in year or so. But her dreams were shattered when the doctors broke the news that her son's cancer has relapsed. She didn't want to believe this, her son has suferred enough and she is not ready to suffer more. But her son's spirit gave her confidence. He is a fighter and is now in supportive care to get out of this condition.

He was constantly ill

Amit and his family had moved from their small village in West Bengal to Coimbatore, Tamil Nadu in pursuit of a better life. He works at a restaurant in Coimbatore, while his wife, Sumana, is a homemaker. In December 2014, little Rahul developed a fever, which was accompanied by stomach aches and leg pain. When his parents took him to the doctor, he was prescribed some medication. Within 10 days of going through with the medication, Rahul developed a fever again. “He was constantly falling ill”, says Amit, “And we could not figure out why.” This time, his parents took him to Masonic Medical Centre for Children in Coimbatore. The parents were asked to conduct a bone marrow test on Rahul. After getting two bone marrow tests, they were then referred to CMC Medical College and Hospital in Vellore. 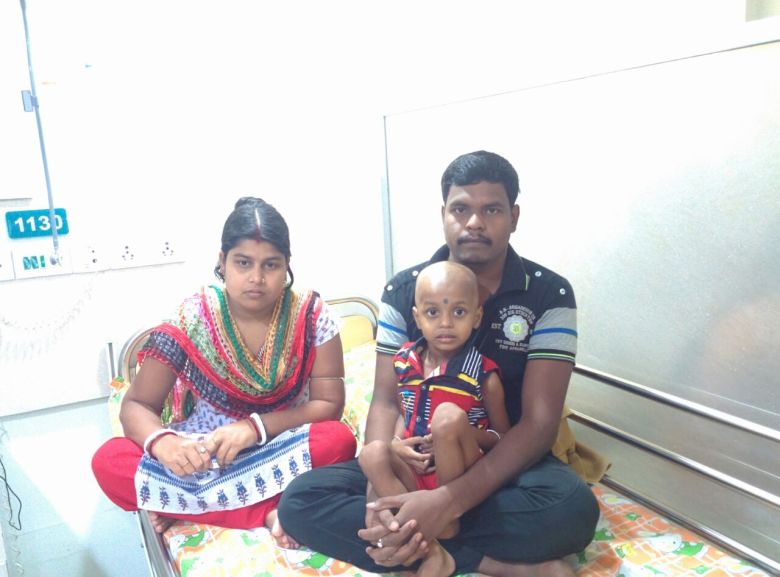 Rahul was prescribed more medicine at CMC, after which he went back to Coimbatore with his parents. However, his parents were in for a shock – their little boy started falling ill again. After being told to get a blood test done on him, they found out that his haemoglobin level was less than 7. He was now prescribed 3 months' worth of medication. Amit decided to visit his village with Sumana and Rahul – perhaps, the peacefulness of their hometown and the change in scenery may do Rahul some good.

However, within a month of their visit to their village, Rahul developed a fever again. And this time, he developed some complications – along with his fever, his mouth was full of blood.

His horrified parents rushed to Kolkata where they admitted Rahul in Apollo Hospital. The doctors at the hospital had some sombre news for them – they suspected Rahul to be suffering from blood cancer. They asked Rahul's parents to take him back to CMC.

When they went back to CMC, their doctor told them to get more bone marrow tests done on Rahul. At this point, a family friend recommended they bring Rahul to Chennai to be treated at Apollo Hospital. 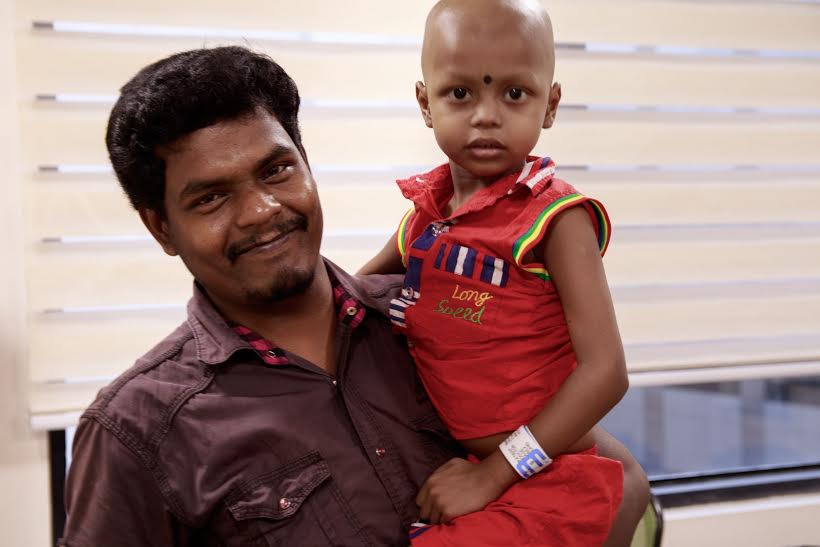 Rahul and his parents arrived in Chennai in June 2015. Here, they got Rahul checked at Apollo Hospital. Rahul's condition required another bone marrow test to be conducted, as the doctor told Amit and Sumana that any illness would come to light only after 4-5 tests were conducted.

The final bone marrow test confirmed Amit and Sumana's worst fear – Rahul was diagnosed with acute myeloid leukemia. He was immediately required to undergo a session of chemotherapy. After days of chemotherapy and supportive care, Rahul finally was out of cancer. Amit and his wife were overjoyed that their son is coming home after many months. But their happiness was short-lived. Rahul was asked to come to hospital for regular checkups and it was during one of these visits that their worst fears came true. Rahul's cancer has relapsed and the doctors are trying their best to bring him out of it. They are waiting for the bone marrow report to decide on further course of treatment. He is undergoing chemotherapy sessions and is supposed to be under supportive care for few days till the reports are out. 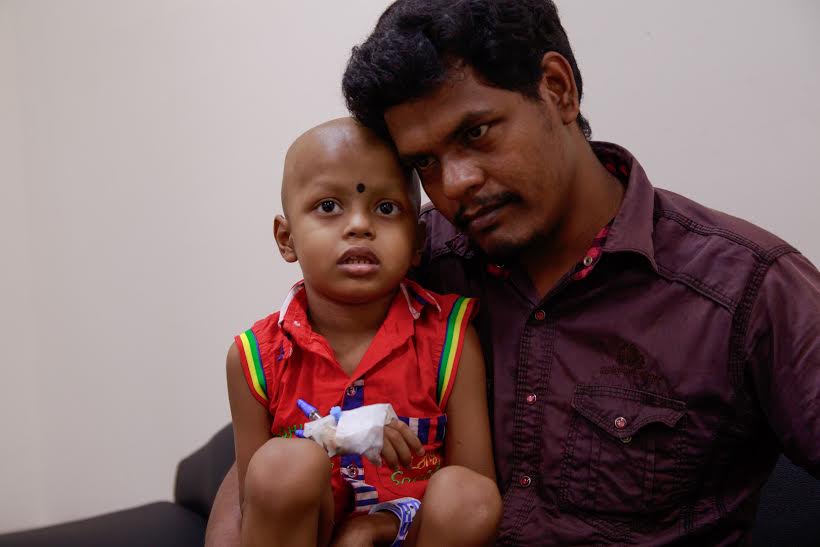 Amit and Sumana have spent close to Rs. 8 lakhs in total so far on Rahul's medication, test, and treatment. Now that his cancer has relapsed, they are struggling for more funds to complete chemotherapy cycles.The family has sold their land in their village in order to fund Rahul's initial medical expenses. They belong to an extremely humble background – Amit's family were farmers. He moved to Coimbatore with his family to provide a better life for his wife and child. They are short of funds for Rahul's treatment and finding it increasingly difficult to cope with the expenses for the second time. “I cannot bear to see my active son this listless”, says Amit, “The chemotherapy has drained him. But he needs to get better. He is all we've got.” With your help, Rahul can undergo the treatment he requires and be on his way to a long and fulfilling life. Funds collected will go to the hospital directly.

Click here to learn how you can save rahul