Shares
Shares
Share on whatsapp
I wasn't able to meet Vanlalruni, the leader of KC group but met another group member,KC Nuhliri instead. Her house is located in Ramthar Area of Aizawl. It’s on the foothills, away from the city center. She runs a small drug store outside her house. She also sells petty items in the shop. She says that she took a license in 2011 to sell medicines and decided to open a shop because there was no drug store in the area and she saw it as a good opportunity. She came to know of the loans given by WSDS and Milaap from MHIP ( a women’s organization in Mizoram) members in her area. She and her friends formed a group of five and took a loan on Rs. 20,000 in June last year. She says that loan helped her stock more medicines and petty items in the shop. She runs the shop seven days a week and adds that Sunday is the most profitable day when rests of the shops in the nearby area remain closed. She adds that the business helps her earn profits of around Rs 5,000 per month. But she wants to expand, take a bigger loan, and stock more medicines in her shop.
KC Nuhliri is unmarried and lives with her sister who is divorced. Her sister has two sons who are thirteen and nine years old. Nuhliri’s sister runs a small shop in the city market where she sells “Puan’s”, the traditional Mizo dress. Both Nuhliri and her sister are enterprising women who independently run their own businesses to support their family. 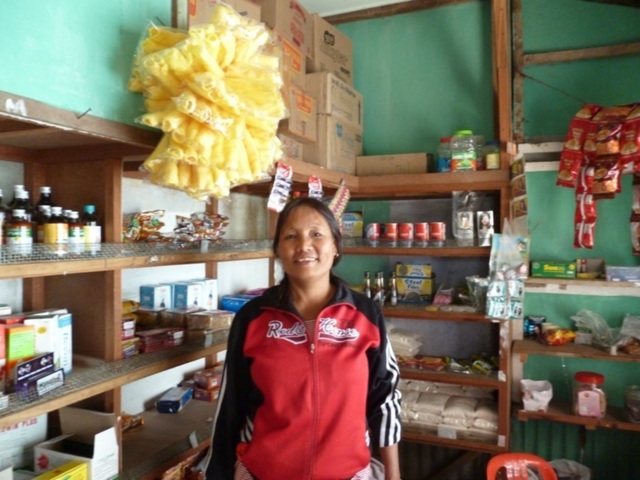 Nuhliri in her drug store