Shares
Shares
Share on whatsapp
Kamalam lives in Mullipatti with her son and husband. They own a small piece of land next to their house, where her husband farms rice and plantains. Most of the men in Mullipatti, which has about 300 households, work as agricultural laborers. Before getting her loan from Milaap, crowdfunding India, Kamalam had never owned goats before. However, she underwent training provided by Milaap to learn the basics. Additionally, she was already familiar with taking care of animals, as she has two cows and two calves. The goats now live with the cows in a wall-less structure next to Kamalam’s house. Kamalam doesn’t usually work on the farm but goes to work as a laborer every day at 9 am through the government’s rural employment program. When she arrives at home around 4 pm, she takes the goats and walks them around the agricultural land, which only takes about an hour. When I stopped by to visit, she had four adult goats and five lambs. She was very eager to show off her animals but was not keen on being photographed herself. Kamalam makes about Rs.1,000 to Rs.2,000. a month from average, but says that the months with big festivals are good for business. 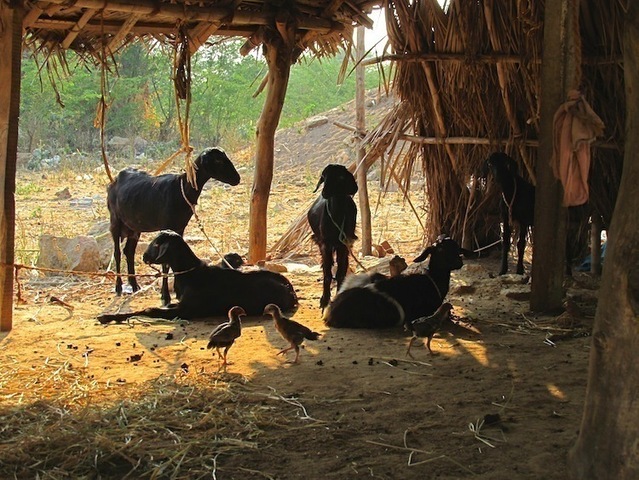