How Geetaben turned her fortunes around for the better | Milaap

How Geetaben turned her fortunes around for the better

It’s been truly said, “What doesn’t kill you makes you stronger.” People become stronger from the difficult experiences that they go through, experiences that transform them. I met one such person, Geetaben, a Milaap borrower residing in Chandkheda, who became more clear and determined after what she went through in her life. It was one of those Wednesday afternoons when the sky looked like an endless pit of darkness, like it would start raining heavily any moment. I was here in Chandkheda, one of the neighborhoods of the metropolitan city of Ahmedabad in Gujarat. And I was here to check on the progress of Darshan Mahila Mandal, being led by Geetaben Thakor, after they had borrowed an enterprise loan from Milaap.

Geetaben was dressed in a traditional Gujarati sari and she warmly welcomed me inside her home. She started her business of selling the local ‘Bagasra’ jewelry two years back. But things didn’t work out in her favor.

“I lent some money to my relatives when they were in desperate need of it. And I never got it back. That is when, eventually, I went into a loss, and had to even shut down the business. Even my husband refused to provide me any support,” she said, and the melancholy was right there.

But she recently started the business again, and that was only with the loan of Rs. 10,000 provided by the Milaap community of lenders. As time passed, her husband also became supportive of her and the business. At present Geetaben is able to save a sum of Rs. 2500 on a monthly basis. She intends to start another business of sewing clothes so as to make sure that she can supplement to the family’s income in a much better way. One of her sons is currently in Class 9. And Geetaben dreams to see him well-educated. She will be taking another loan once she has repaid all the installments of the current one, and then, will start her tailoring business. 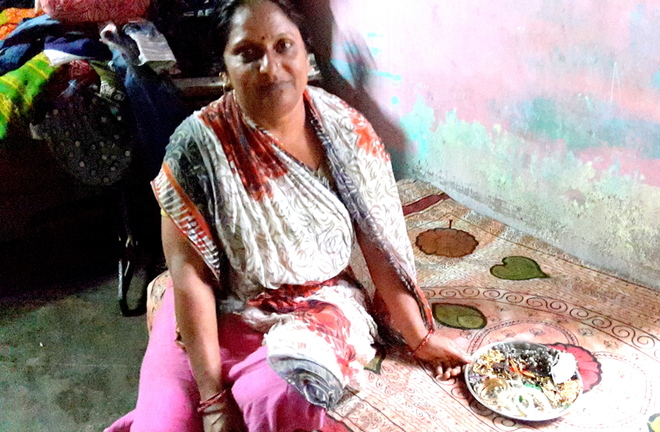