Yeasin Pathan worked all his life to restore temples in Bengal. Now, he needs your help to live. | Milaap

D
You are sending a message to
DM
Go back

Yeasin Pathan worked all his life to restore temples in Bengal. Now, he needs your help to live.

Shares
Shares
Share on whatsapp
Pathra is a sleepy town 125 kms from Kolkata, West Bengal. Located by the placid waters of river Kangsabati, hundreds of old temples and ruins in the village hint at a lively past. Pathra served as the gateway to the legendary Tamralipta port. The Tamraliptas counted amongst those who paid tribute to Yudhishtra himself.
Kangsabati, Pathra in the rains
Many of the existing temples, however have been left behind by 18th century zamindars of Pathra. One child from the nearby Hathihalka village spent hours wandering in the temples and the zamindar's abandoned lands.
This boy, Yeasin, obsessively wondered who had build these buildings, feeling dizzy when he imagined the past when people lived here. In his teens, he crossed paths with David McCutchion, a British academic interested in Bengal's terracotta architecture. At 17, in 1971, he decided he would not let these buildings crumble away. 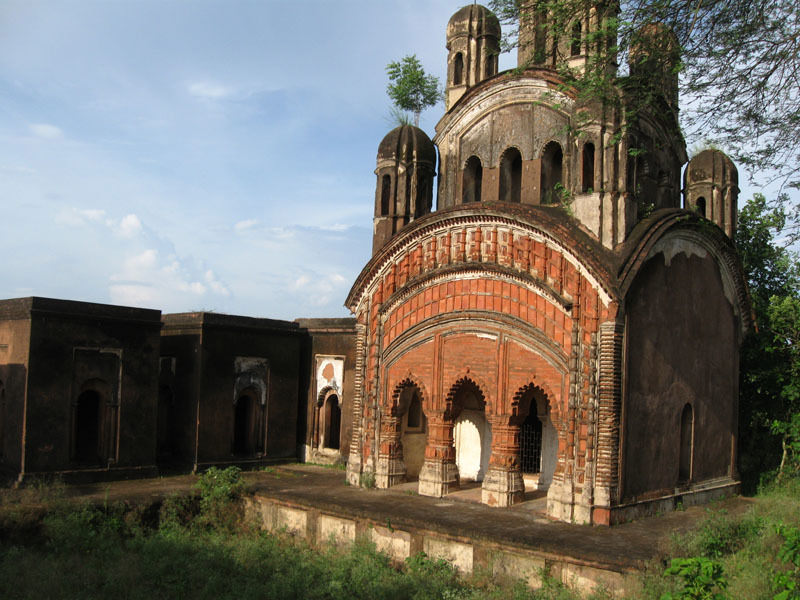 The famous Nabaratna temple. Photo credits : Tarun Mukherjee
Conservation, an uphill struggle
It would be decades before his resolve would be understood by the community. The villagers stole the bricks that made up the temples to build their own houses. Even the descendants of the zamindar's family had no qualms about lifting these bricks. A century's neglect, local theft and the unpredictable Kangsabati had taken a toll on the buildings.  Nobody was interested in listening to Yeasin speak of conservation. 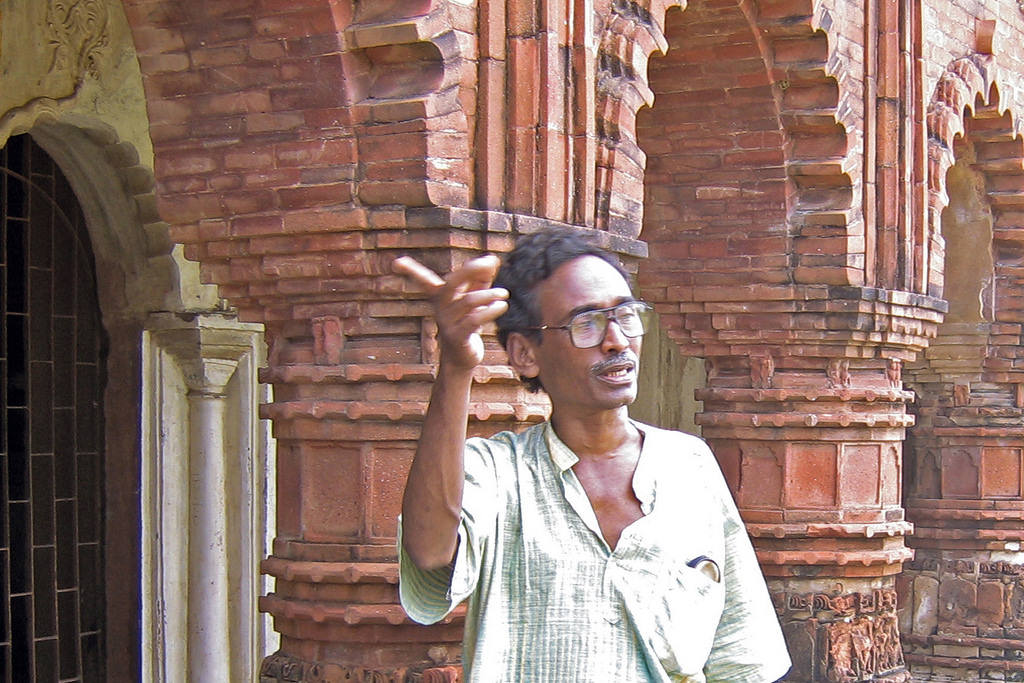 Yeasin has been punched, kicked and beaten up when he intervened, the Hindus warning him not to interfere in the “matters of the temple”. The Muslims denounced and shunned him for “serving idolators”. His family asked him hard questions about why he squandered away all their money on awareness rallies and temple repairs and upset the villagers.
Yeasin continued undeterred. He wrote extensively about the temples, their history and the importance of conserving them in self-published magazine Mandirmoy Pathrar Itibritto. He kept visiting Kolkata petitioning the government to save the monuments in Pathra.
Change is slow but certain
Yeasin persisted, cajoled, and began gathering a trickle of support. He formed the Pathra Archaeological Preservation Committee(PAPC) in 1990, an NGO that finally brought Hindus and Muslims together as members. This joint interest was a salve to the ever-simmering communal tensions. He told them they would all benefit when tourists came to Pathra. PAPC restored 18 out of the 34 big temples in Pathra. 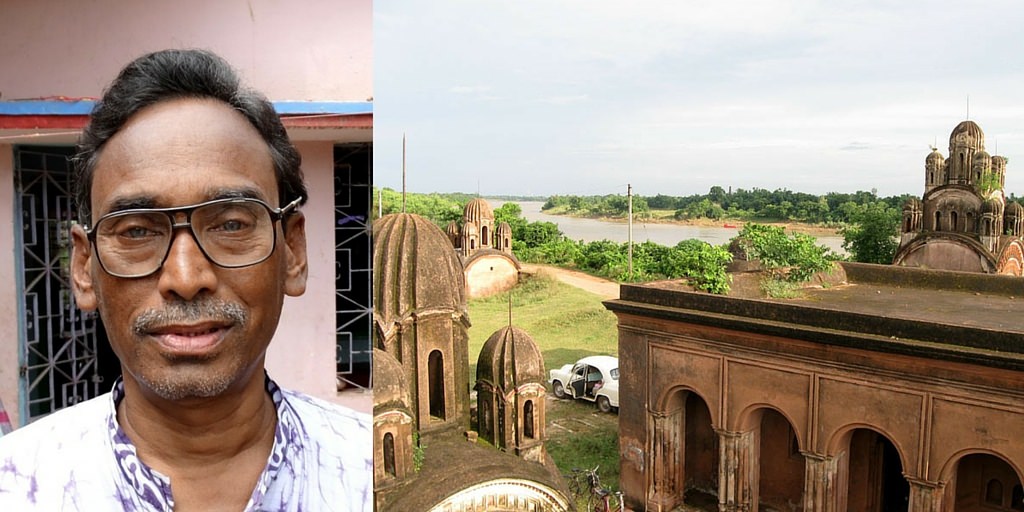 In 1994, he was presented the Kabir Award for communal harmony by Shankar Dayal Sharma, the then president. Then on, he petitioned the central government for help and began visiting New Delhi to seek help from the Archaeological Survey of India (ASI).
In 1998, finally ASI sanctioned Rs 20 lakhs for restoration of a few temples. In 2003, it even agreed to take over the rest of the conservation efforts. It is even taking over the land around the temples to develop Pathra as a heritage village. Pathra now gets tourists and boasts of pucca roads, electricity and telephone lines. 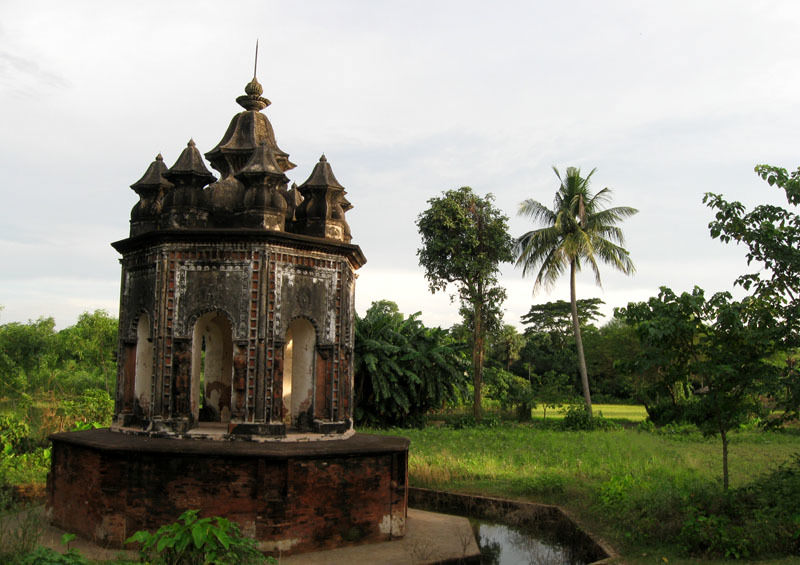 The 40 ft high Sitala temple popularly known as Buri-marthan. Photo credits : Tarun Mukherjee
The achievements have taken their toll
Today, at 62, Yeasin Pathan has lost track of how much money he spent on restoring the temples. As a man with four children, and a modest peon's salary of about Rs 10,000, he often took many loans to put into the restoration, printing his magazine and lobbying.
Years of antagonism from the two communities have come at a price. He is very ill with a blocked artery in the heart and kidney stones. “I can't do this any more. I have nothing left,” he says in an interview with The Telegraph. 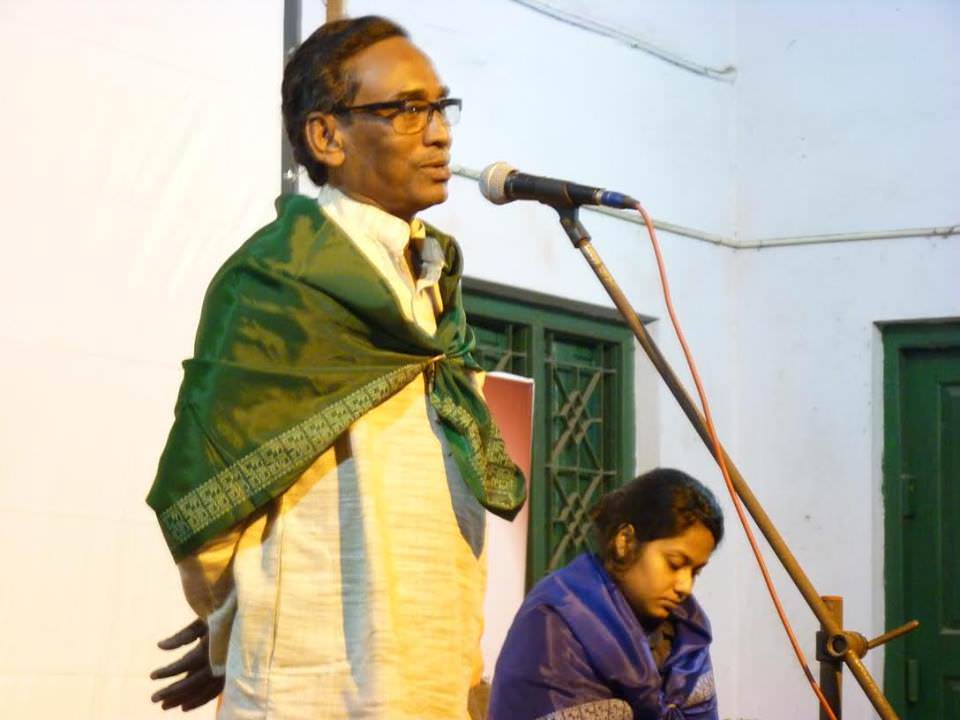 Yeasin has gained the respect of the community after years of hard struggle
This man has spent over 40 years of his life tirelessly working to protect a slice of history for the next generation. He brought together two polarised communities in his village. He has given away his best years, his money and his health. He now needs just a small portion of the loving care he lavished on the country's heritage returned to him.
He needs funds to get his surgery done and recover, so he can spend the rest of his days in good health and with the satisfaction of having achieved what he set out to do.
To help Yeasin live and continue his good work, donate here.
If you'd like to learn more, click here to contact the organiser.
Donate

Help Yeasin pay for his kidney and heart surgery

Yeasin has given his everything to save temples in Pathra. Now he needs your help saving his life.