13-Year-Old Who Helped Others Fight Health Battles Needs Special Cancer Therapy To Live | Milaap
Receive tax benefits by donating to this cause. 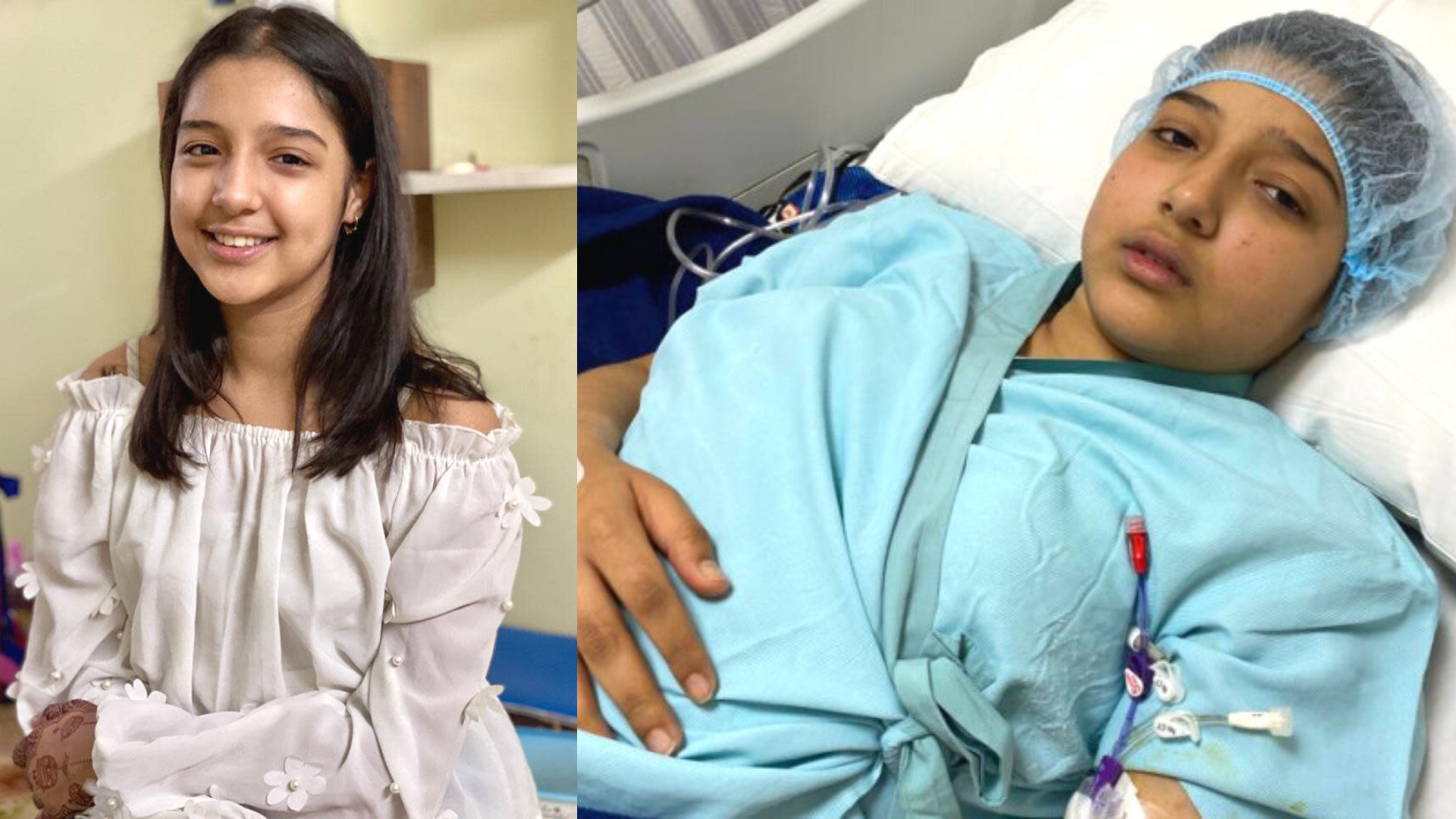 Share
Dhwani’s life changed forever, when in October 2020, she was diagnosed with two types of leukaemia or blood cancer. Regarded as a high risk patient, she braved a long battle against the deadly disease, with intensive and strong doses of chemotherapy, and was finally declared cancer-free in November 2021. Her parents thought all their worries and fears were finally behind them, but they were proven wrong when her cancer relapsed less than 15 days later.

“We left no stone unturned in getting her treatment started again after we were told just how dangerous such an early relapse could prove to be. We even put everything we had on the line to save our only daughter. We had our hopes pinned on the chemotherapy and bone marrow transplant to get rid of her cancer once and for all. But yet again, things just weren't in our favour.” - Pankaj, father

Her body is rejecting her current treatment, her life is in grave danger

In the midst of undergoing a prescribed treatment plan, Dhwani’s body stopped responding to her current line of chemotherapy. On the advice of the doctors, who confirmed that they have run out of all treatment options, the 13-year-old was moved to her home, where she has been receiving 24hr palliative care under a private nurse.

“Despite all our efforts, Dhwani is still fighting cancer and no amount of treatment and medicines has been helpful. This disease is ravaging her body, which has become refractory now. We were asked to take her home because there was nothing else they could do. But we refused to give up.” - Harneet, mother

After consulting with the best doctors in the field regarding a cure, they learned about a special cancer treatment called CAR-T-cell therapy. It is a last resort that is used when all other cancer treatments have failed. However, it is expensive and available only in the US.

CAR-T-cell therapy involves removing immune cells, called T cells (a type of white blood cell), from a person with cancer. It is then sent to a lab, where it is genetically altered to produce proteins called chimeric antigen receptors (CARs), that recognise cancer cells. The CAR cells are then reinfused in the patient and start destroying cancer cells. Based on the success rates, this cancer therapy can effectively hold back the disease for more than a decade.

In order to undergo this CAR-T-cell therapy, Dhwani will have to be flown to the US, where she will be required to stay in the hospital for at least 2 months through the course of her treatment and observation. But her parents are in no position to bear the huge expenses, after having gone above and beyond their financial capacity to keep Dhwani’s treatment going so far.

Pankaj, who works at a travel agency, was struggling to make ends meet after his job suffered in the aftermath of the pandemic. But now, he is in a situation, where he is absolutely helpless. The cost of his daughter’s treatment, including the hospital stay and travel, will cost him about INR 8 Crores, an amount far beyond the reach of any normal person.

“My daughter, she possesses a strong fighting spirit and will to live. Despite being extremely weak and sick, she used to help other patients through their health battles. She hasn’t given up her education either, and studies as often as her body will allow her. She's so ambitious, and wants to do so many things in life. I want to make her dreams come true. Please help us, we can’t lose our daughter like this!” - Pankaj

Dhwani’s parents are grateful that you have come to Dhwani’s aid time and again, when she was fighting for her life with all her might. They hope that you will continue supporting their brave little girl. Your contributions will give Dhwani a second chance at living a quality and fulfilling life. Click here to donate.
DC
Patient Dhwani Chodha is 12 years old, living in Ludhiana, Punjab
FH
Being treated in FORTIS HOSPITAL, Gurugram, Haryana