This 3-Year-Old Is Fighting A Blood Disorder Worse Than Cancer. Help Her Stay Alive | Milaap

S
You are sending a message to
Srinivas
Go back

This 3-Year-Old Is Fighting A Blood Disorder Worse Than Cancer. Help Her Stay Alive

Shares
Shares
Share on whatsapp
3-year-old Gopika has started to talk, learning new words and putting it together. Having stayed at the hospital for the past few months, she has learned to say “please” to the nurse who comes to take a blood test. This little child has undergone several tests and cycles of chemotherapy. She fears the needles that give her a lot of pain and cries out every time she is pulled from her mother’s arms for various tests.  Gopika was only 2 years when she was diagnosed with a blood disorder much more severe than blood cancer. Her father works in a local sweetshop.  Her condition is not stable and needs a bone marrow transplant to bring her out this life-threatening condition.  Without money, her family is now struggling to continue her treatment. 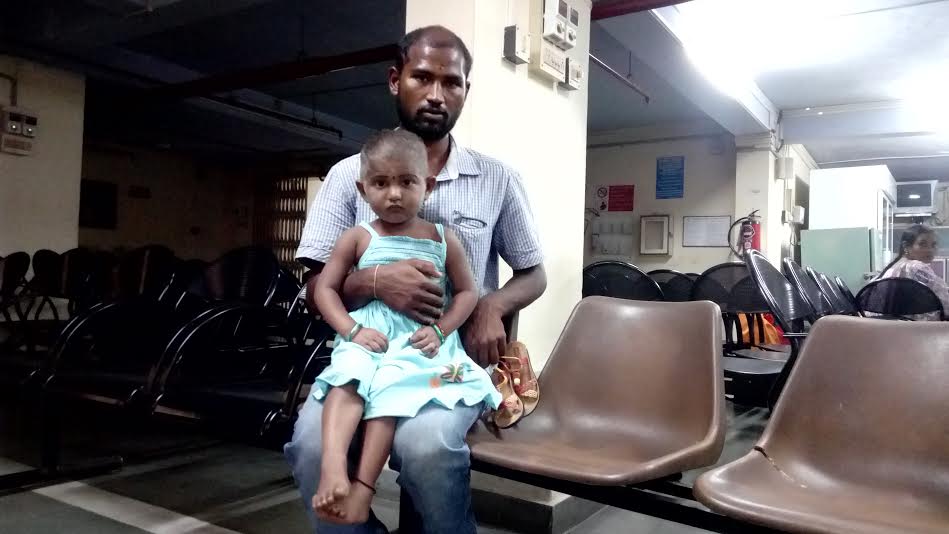 When Gopika was one-year-old, she used to develop a very high fever which didn’t subside for many days. With some medications, she found some relief. Due to financial difficulties, Srinivas didn’t take her to a better hospital. Few days later, she developed a fever again and this time, it was so severe that her body was burning to the extent that the high temperature of her body was easily felt by her parents. “Our daughter will die if this continues, cried out  Ramya holding her child. A shocked Srinivas rushed her to the local hospital.
Doctors prescribed some medications and she was back to normal. But Srinivas and Ramya felt deep down that this recurring fever was an indication of something serious but they dismissed the thought.

In the next one year, Gopika didn’t have any health problems and they lived a happy life with whatever little they had. One day, when Gopika was playing around, she fell accidentally. When Srinivas picked up his crying child, he felt something unusual near her stomach. 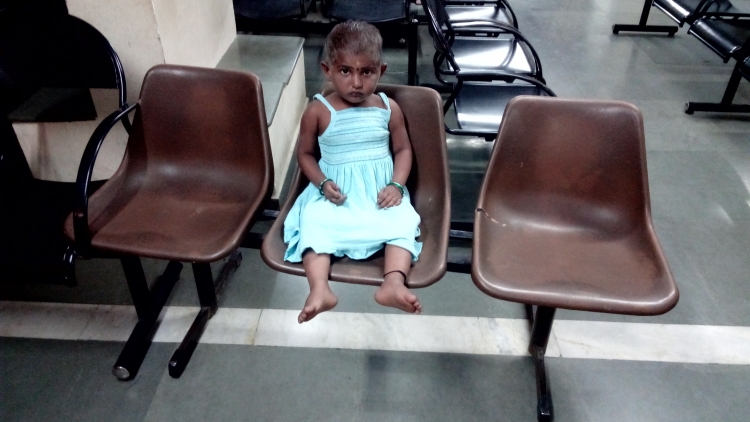 For the next days, Gopika was admitted to the hospital, but her fever didn’t subside and there was enlargement of liver and spleen. On doctor’s advice, Gopika was taken to CMC Vellore hospital.
A blood test showed that Gopika was suffering from Griscelli’s Syndrome type II with Hemophagocytic lympho-histiocytosis (HLH). This a life-threatening combination and has multiple symptoms.  The permanent solution to this condition is a bone marrow transplant. Srinivas and his wife are 50% match to be the donors. Gopika has started undergoing chemotherapy.
Sometimes Gopika looks into the small mirror kept on the table next to her bed. She stares at it and laughs slightly. A girl with ashen hair stares back at her. Poor Gopika does not understand why her hair is turning grey and falling, she doesn’t know that the painful chemotherapy is causing this. This sight is very painful for Srinivas and Ramya. He didn’t think twice, he removed the mirror from the room.

Supporting an Ailing Daughter and a Disabled Brother

Srinivas, his wife, Ramya and Gopika live in a small house in near Vellore. Srinivas shares the house with his elder brother who is polio-stricken and disabled. This brother depends on Srinivas for daily needs, food and medical support.
It has become quite impossible for Srinivas to support Gopika’s treatment. In a week, almost 3 days, he should take her to the hospital and these days, he does not go to work in the shop which means, he gets no money that day.
“Sometimes, I think that I have failed as a father. All I wanted two years back was to see the sweet smiling face of my child. She came to our world after two years of waiting. I never thought of having a luxurious life. The happiness we had was enough. But now we are slowly losing our only happiness, our daughter”. To hear someone like Srinivas open up about life is quite agonizing. These are heartfelt words of a father who is struggling to save his only daughter from the life-threatening disorder. 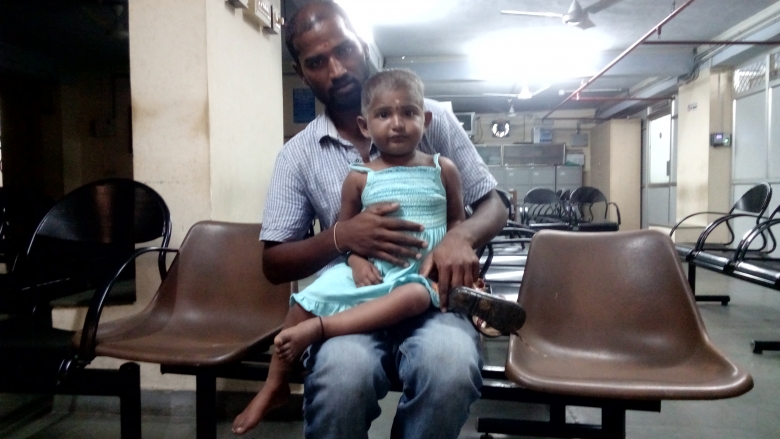 Srinivas is struggling to pay for weekly treatment and when asked about arranging funds for the transplant, he broke down saying he is an unfortunate father who cannot help his daughter. This father in his capacity is reaching out to his relatives and friends but the cost for transplant is much more than he can manage. Your support will help this father, it will help a child recover from a deadly condition.
Funds raised through this campaign will be transferred to the hospital for Gopika’s treatment. Gopika’s doctor at CMC Vellore has agreed to share updates on her progress regularly and these updates will be sent to all supporters.