Help A Child With Clubfoot Walk For The First Time | Milaap

Help A Child With Clubfoot Walk For The First Time

Shares
Shares
Share on whatsapp
In India, 150 children are born with clubfoot every day. Often mistaken as polio, it is one of most common birth deformity in the world. The twisted foot or tedha pair, as it is generally called, makes the child unable to place the sole of the foot flat on the ground. Left untreated, it can lead to a lifetime of deformity. India registers almost 50,000 cases of clubfoot children every year.

Just a few hours after birth, Jonah's family abandoned him 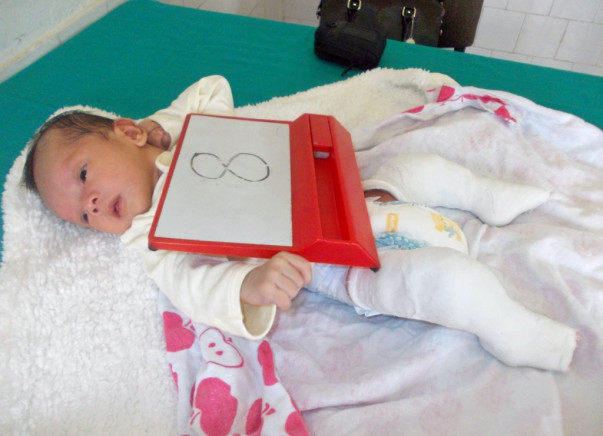 Jonah’s battle for his life started in his mother’s womb. His family is from a remote village in Nagaland. They exhausted all their savings, preparing for his birth. When he was born, his family was shocked at his clubfoot. Being an uneducated family, they looked upon this deformity with fear and suspicion. Within a week, the biological parents gave him away to the Social Welfare Agency in their district. Only a few days in the world and Jonah had already been rejected by his own parents.
Jonah was brought to Wondang-ki Orphanage Home and Adoption Centre in Nagaland. It is in this orphanage that Jonah received much more love and care. The orphanage staff started Jonah’s treatment at a private hospital despite knowing little about clubfoot. Eventually they got in touch with CURE International India and one-month-old Jonah was enrolled for treatment. A couple soon adopted him and he has a new home and the care of a loving family. They have given him a new name - Ayitsho Jonah Sono.
There are many others in India, who endure a lifetime of deformity unaware that there is a non-surgical cure. Santosh George, Director, CURE International India says, “Clubfoot is not a poor man or a rich man’s disease. It is a birth defect and it can happen to anybody. Earlier, when clubfoot didn’t have a cure, the rich would get it surgically operated. But today, treatment is readily available at very less cost.” Clubfoot cannot be averted, but it can be corrected

Clubfoot in a baby can be detected by the sixth month of pregnancy through ultrasound. Doctors say that a lot of anxious parents who hear about a baby with a clubfoot, consider abortion. Dr Alok Sud, Pediatric Orthopaedic Surgeon at Lady Hardinge Hospital, New Delhi, explains that even though clubfoot is a common congenital deformity it can be caught early. An early diagnoses does not mean a cure, but parents can understand what needs to be done to correct clubfoot. Most kinds of clubfoot are corrected through an inexpensive, non surgical method called Ponsetti. The treatment can be started as early as the second week after birth.
When the child is brought early to the clinic, 5-6 serial plasters casts, followed by wearing a Foot Abduction Brace (FAB) till the age of 4, the deformity can be corrected. “For the first three months, FAB is worn 23 hours a day. One hour is kept aside for cleaning and washing. After three months, it’s worn only during the night as human bones grow in the night, while sleeping. But this treatment needs to be followed without a break ", Dr Sud adds.

A family of three with clubfoot 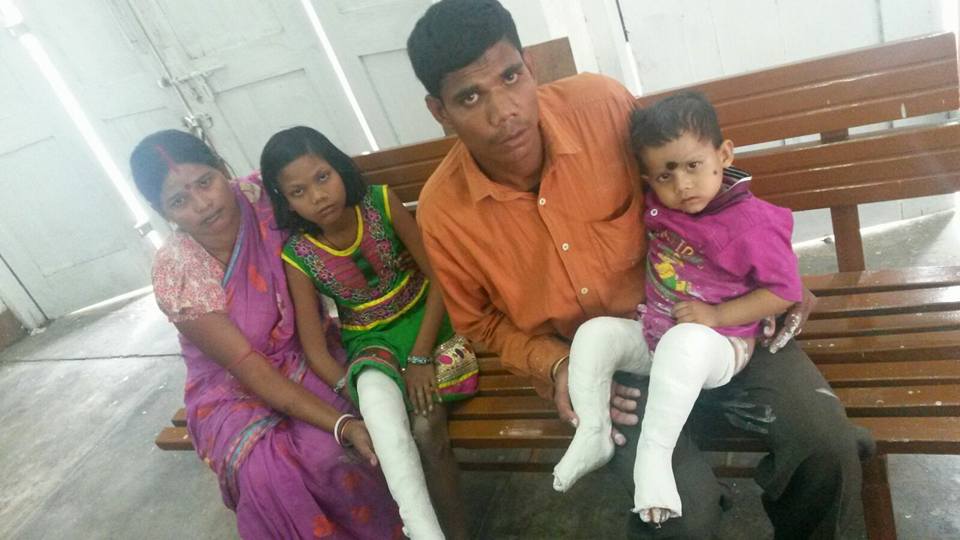 The above picture is of Ved Pal, a resident of Palwal, Haryana, his wife and two of his three children. His younger daughter doesn’t have clubfoot, but the elder one, Pinki (8) and the youngest son, Harsh (3) were born with clubfoot. While one may think that clubfoot is genetic, it’s actually untrue.
Pal says, “I had this defect since childhood and when I was to get married I went to see the girl at her home. I saw her feet and realised that she must have had a life similar to mine. I did not see her face or talked to her. I just knew she was the one.” He smiles.
Pal recalls that in their times, cuss words were often thrown at them and people considered him ‘abnormal’ and 'inauspicious'. There was no awareness that this condition could be cured. "I and my wife faced great difficulty walking but we dealt with it. But when two of our children were born with the same condition, we decided to come to Kalawati Saran Hospital in Delhi," he says. 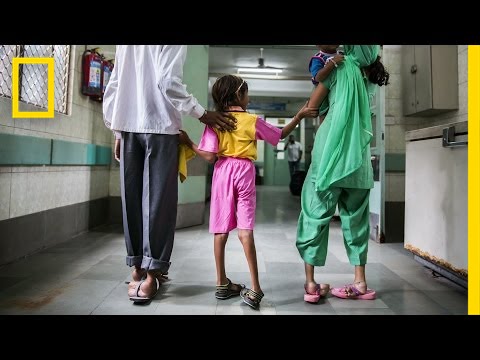 “It was only after we came here that we realised that we were not the only ones struggling. There were thousands of children who had the same problem and they were getting positive results through treatment. We couldn’t thank our good fortune enough and after getting medical care in this hospital, we are now sure that Pinki and Harsh will live normal lives. We are very grateful,” he beams.

In India, a child is born with clubfoot every 10 minutes and is often abandoned soon after birth. Their families are unaware of the cure or financially backward to get them cured. You can spread the word so that this information reaches people in need at the right time. You can also contribute to CURE Foundation that helps many children with clubfoot walk, for free.
Click here to help a child with clubfoot walk again.