D
You are sending a message to
Daljit
Go back

18 year old Daljit Singh is like any other student his age, busy pursuing his bachelor's degree in B.Com. Unlike most students his age, however, his days are now spent in the hospital taking care of his youngest brother, Baljit, who has been diagnosed with stage 3 Hodgkin's lymphoma.

Baljit is 17 years old, and lives with his older brothers, Daljit, and Sunny, and their mother. The family originally hails from Amritsar, Punjab, but currently live in Asansol, West Bengal. Sunny is the sole breadwinner of the family, and the two other brothers are studying. Their mother is a homemaker; their father passed away over 2 years ago. Sunny is currently employed as a worker in a coal mine – each day is laborious for him, but he needs to continue toiling everyday as he has to care for his family. 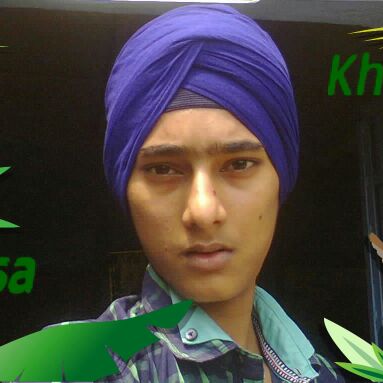 Around 3 years ago, young Baljit developed a fever that refused to subside. 3 years were spent in making rounds to various doctors and hospitals, in attempts to improve Baljit's condition. However, no doctor was able to diagnose the child's condition. Every medication prescribed was useless; every test done revealed nothing.

Finally, Baljit's uncle suggested visiting CMC in Vellore for a diagnosis and solution. The family packed its bags and arrived in Vellore – except Sunny, who had to stay back in Asansol to work. They had hopes of Baljit's condition improving. But they were in for a rude shock – none of the doctors here either could diagnose Baljit. They doubted tuberculosis or jaundice, but those tests came back negative. More medication was prescribed, which did little to improve Baljit's condition. One and a half months passed in Vellore. The family grew increasingly desperate.

Their uncle then suggested Baljit be taken to Apollo Hospital in Chennai as the next resort. The family then came to Chennai, where he was admitted in Apollo Children's hospital at first. He was then moved to Apollo Specialty Hospital, where he is currently admitted.

More tests were conducted on Baljit. The tests finally had some diagnosis, which was grim – Baljit was suffering from stage 3 Hodgkin's lymphoma, a cancer that affects the lymphatic system, which is a part of the immune system. The family was devastated.

Baljit and his family need help

Baljit needs to undergo chemotherapy for around 6 months. The cost for the same has been estimated to be Rs. 8,00,000, and this is an amount that the family cannot even think of affording. With only one earning member in the family, they need all the help they can get to fund Baljit's treatment. They can barely make ends meet with Sunny's income, let alone cover the costs required for Baljit's treatment. With a bit of your help, they can raise the funds required to help save young Baljit's life.

Click here to learn how you can save Baljit