You are sending a message to
Prasanna
Go back

It is in the bleakest of situations that the true spirit soars. The young and the innocent are much more resilient than given credit for. These words by a distraught father are very telling. “When I realised that my daughter has Acute Lymphoblastic Leukaemia (ALL), I didn’t know if I will see her live out her life. 'Why this innocent 2-year old ?' was my question. She is too small to even articulate her pain. But as her treatment progressed, we learnt one thing- that she was coping much better than we are.” 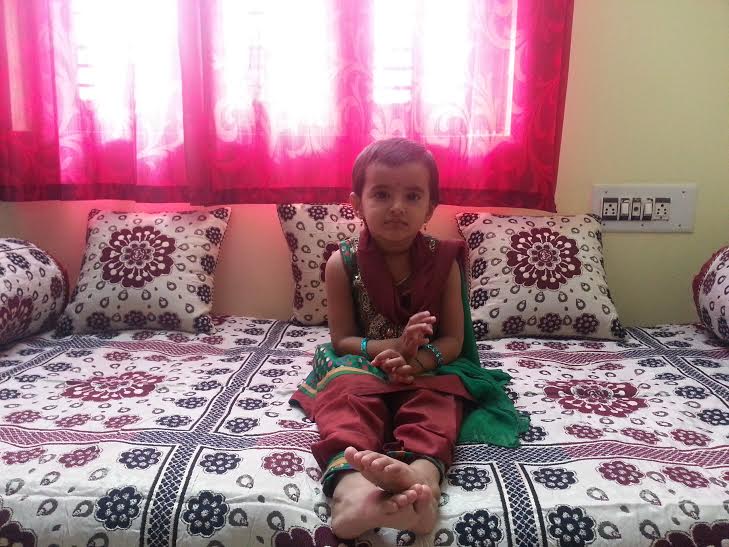 Prasanna worked as a sales executive in a pharmaceutical company in Bangalore. His life was complete with his wife, Mamata and his 2-year-old daughter, Ananya. They had all the dreams of a middle class family. Prasanna clearly remembers when it all changed. The 2-year-old Ananya, lost her appetite. The vivacious girl who had to be cajoled into sleeping at night began falling asleep by dusk out of fatigue. These changes didn’t alarm the family. They thought it was the rest she needed  from all her activity and games.

But she began to appear anaemic and developed a fever. The symptoms worsened but the parents never imagined it would be cancer. She was rushed to the doctor when she complained of pain. Blood tests showed very low haemoglobin levels and platelet count. Prasanna knew the report didn’t look good. On the doctor’s advice, they took Ananya to Manipal Hospital and conducted another battery of tests. 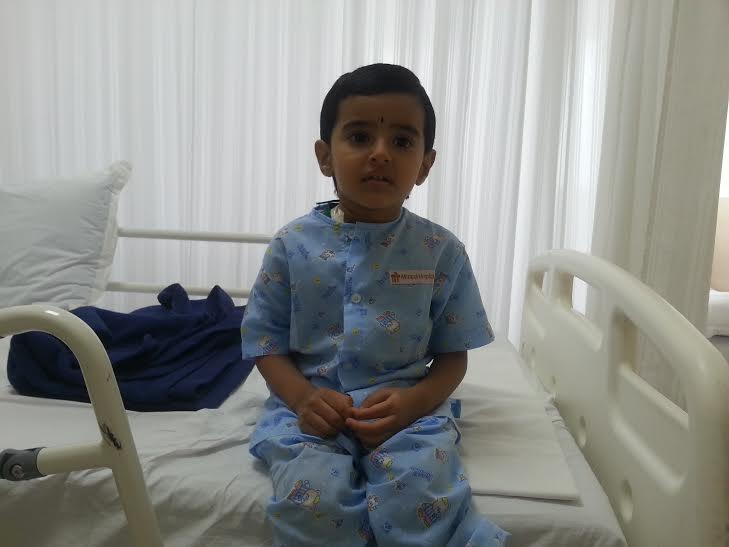 The terrible news of illness came into their lives uninvited

Prasanna understood what 'Acute Lymphoblastic Leukaemia' meant but his wife, a simple woman from Mysore did not. Prasanna didn’t tell his wife that their only child was suffering from cancer. It was only when Ananya had to be brought to the hospital daily and then had to be admitted, did she realised the grave nature of the illness. When she was finally told, she took it very hard. She grew weak, had fainting spells and needed to be admitted to the hospital herself. Prasanna now needs to take care of her as well as manage the daily trips to the hospital for their daughter.

Left with no job, this father sold and pawned everything he could

Sales is a heavy pressure job and after 15 days, Prasanna was given an ultimatum by by his bosses. He needed to get back to work or resign. In a quandary, he did what he had to and decided to take care of his wife and child first. Life was turning real hard for him. No job, hospital expenses, Ananya's health and the sorrow of his wife.
Indian Crowdfunding Platform Milaap
The seven days that Ananya was in the hospital, they had to spent nearly 4 lakhs, selling all their assets to cover these costs. They went back to Manipal Hospital after consulting various hospitals. 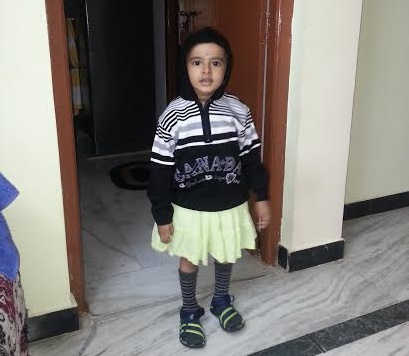 Back from the darkest place, Ananya fills the ward with cheer

At one point, Ananya's condition became critical and she was admitted to the ICU. Her vital signs were not good and she had to be given electrical shocks and an adrenaline shot to be revived. But after that scare, she began to respond to the treatment. She got a ‘chemo-port’ inserted into her chest for treatment and attends all her chemotherapy sessions. She is back to being her cheerful self and considers her visits to the hospital special. She plays with the nurses and other patients of the ward and laughs at jokes and pranks.

Her parents did not know of the pain she was undergoing till they spoke to a 18-year-old patient in the hospital with the same condition. He explained that it was excruciating to eat and even walk. They realised that this was exactly what their 2-year-old was experiencing, but her resilient spirit would not let her be depleted. The bittersweet realisation that crossed their minds was, “Our daughter is coping.” She had come a long way from fearing the purple uniform of the nurses who would give her injections.

How you can help Ananya

As the treatment takes its course, the doctors have given Ananya a 98% chance of making a full recovery. She has completed two cycles of chemotherapy and is admitted at the moment for her third cycle. The chances are looking very good for Ananya.

The only thing that stands between her and a complete recovery, is lack of funds. Despite the personal crises, Prasanna still goes for job interviews, hoping to continue a livelihood. We may not be able to make the troubles of this brave family disappear, but we can definitely lend a hand and tell them, 'You are not alone'.

A contribution will help this family continue Ananya’s treatment without facing financial ruin and show them that somebody cares. The funds raised will go to the hospital treating Ananya directly. She is strong and ready to come out of this condition. Let us make it happen.

Click here to make a contribution and support Ananya.

With your support she can beat cancer.