Shares
Shares
Share on whatsapp
13-year-Old Akshay is fighting blood cancer. His life was just like any normal 13 -year-old boy; worried about studies, yearning  to play all time with friends. Even though poor, his family lived happily in the village of Gadelogaon in Bidar district in Karnataka. His father, Vittal, is a farmer  and mother, Sunitha, a daily wage worker.  Their lives turned upside down when Akshay was diagnosed with blood cancer. Now the family is in Bangalore, far away from their peaceful village, desperate in need of help to save Akshay. 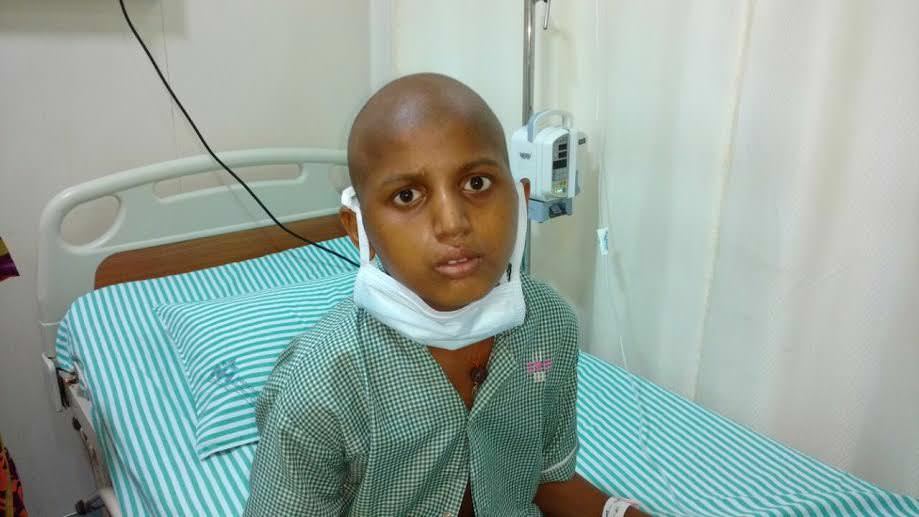 When He Started Bleeding From Nose, We Knew It Was Something Serious

It was a one dreadful night when Vittal received a call from Akshay's school teacher. A panicked teacher said that Akshay was ill and was bleeding from his nose. Vittal and Sunitha rushed to get their boy home. Sunitha kept praying all the way. "I couldn't breathe after I received that call from his teacher. We rushed to see him". They took him home that night. The whole night Sunitha kept praying, sitting next to Akshay,  "When he started bleeding from his nose, we knew something was serious. This has never happened and we were really scared", says Vittal.

The next  day he was taken to a hospital in Sholapur. "Doctors said that his condition is quite serious. I didn't have much money. The only thought I had was to save my son. I mortgaged my land and got 2 lakhs". Doctors at Sholapur hospital advised us to take him to Narayana Hrudayalaya Hospital in Bangalore. With 2 lakhs of money, a shocked and shaken wife and an ill son, Vittal came to  Bangalore. Leaving  his peaceful, this family came to  the city only to find out that they cannot afford to get Akshay admitted to hospital.

Akshay's was on chemotherapy. He underwent one session and his doctor recommended that he should undergo a bone marrow transplant which is a final cure. For the next few days, doctors began tests to find a donor from within the family. Fortunately, Akshay's elder brother was a complete match to be his donor. Perhaps it must have come as a blessing to this poor farmer who loved the earth he once owned, who took care of the crops like his children. This brought a great relief to the family.

The next step was the most difficult for the family. Now they have a donor and the only factor that delays the date of transplant is money. The family needs 14 lakhs for the transplant and 2 lakhs to 3 lakhs for the post-transplant expenses. Vittal came with just 2 lakhs and now he has exhausted the money.

With no way out, Akshay's elder brother started going for daily wage jobs to support the family. Akshay's sister quit college with no money left to pay the college fees. But the little money the elder one sends will not help raise a huge amount in 4 days.

Akshay has just a few days left for his bone marrow transplant. If he is not able to undergo the transplant, he will have to undergo another chemotherapy which can be harmful. This is his great chance, his treatment is going well and he has a good chance of recovery.

The family has put all their hope in the generosity of people. Vittal believes that he will receive help. "My whole life has been serving mother earth and her children with my farming. I am sure She will show me a way".

This boy had a lot of dreams but now his only dream is to see the next day and be with this family like before. It is really sad to think what this young mind must be going through. At an age where he should play with friends and worry about homework, this 13-year-old has far greater things to worry about,  about surviving, about living another day.Our support will help him come out of cancer, will help him go back to his village and will help him live. 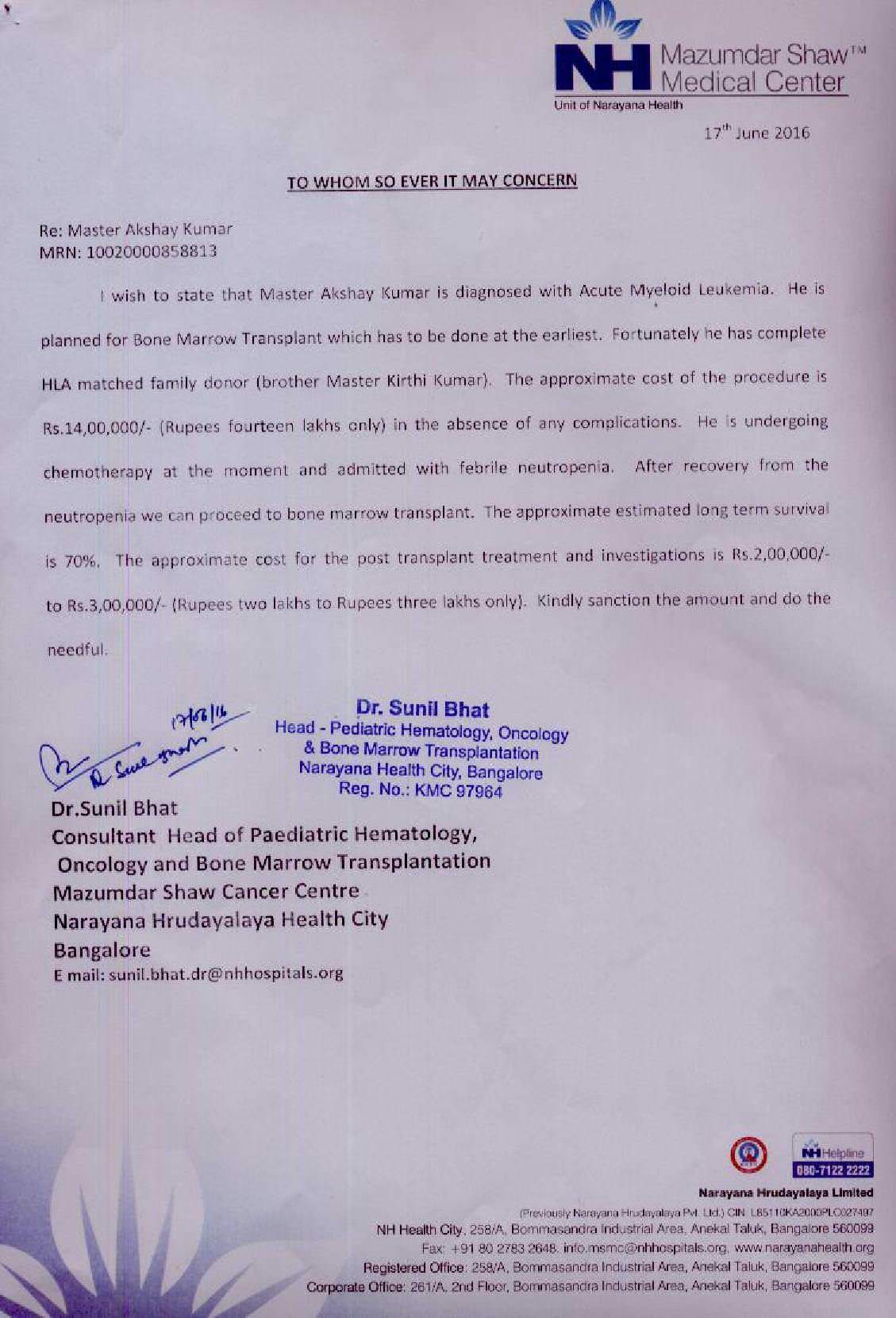 Click here to learn how you can help save Akshay

Akshay's has gone through a lot pf pain in the last three months. This 13-year-old's pain and...