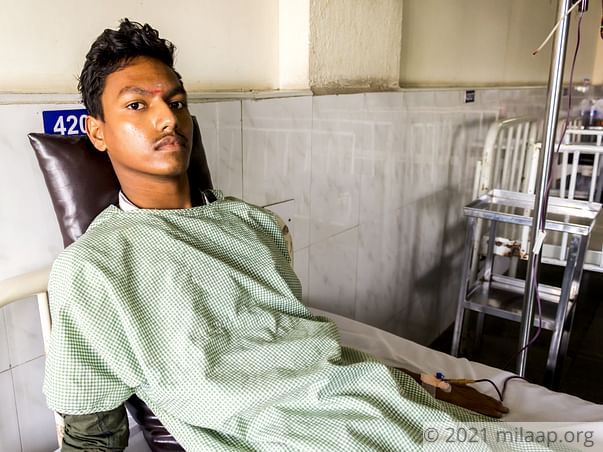 “Being able to afford the treatment is one thing but right now, I can’t even afford our journey to the hospital. It’s 15 km away and we take an Auto which costs Rs. 500 every day. If I tell my son he has cancer, he’ll feel guilty and refuse treatment because we’re so poor and he’s already got one surgery. But what other option do we have?” – Dasarathan, Prem’s father

Even after removing a tumor on his leg, 17-year-old Prem is now riddled with a deadly form of blood cancer and crying out every day due to the excruciating pain in his limbs. His chances of survival don’t look good at all unless he undergoes chemo immediately. His father, a poor farmer who can’t earn for months at a time, feels hopelessly lost unable to save his son.


Prem and Dasarathan at the hospital

Prem never thought his condition would worsen after removing his tumor

Just around a month ago, a swelling on Prem’s leg was diagnosed to be a tumor. Fortunately, he got the tumor surgically removed before it worsened but little did he know that this was just the beginning of his suffering.

“Within just a week of the surgery, he started complaining of pain in his arms. He’d cry out and say he’s unable to stand or walk and that the pain in his muscles was too much to bear. The local hospital said they couldn’t help him. I felt terrible because his pain wasn’t going away. I decided to take him to Chennai and there the doctor told us that he had acute lymphoblastic leukemia which is blood cancer. I am so worried about his life right now. I want him to have a bright future but as farmers, how are we supposed to pay for his treatment?”

Prem weakness is can't even let him sleep

Diagnosed with a deadly form of blood cancer, the cancer is spreading rapidly leaving Prem so anemic that he can barely even stand.

“He can’t even sleep at night because he’s in so much pain. His head hurts more than anything too. We can’t take him to the hospital by foot or by bus because Prem has to walk and stand for long durations. He’s so weak and watching him like this is just the most devastating thing for me.” – Natrinai, Prem's mother

As his cancer has spread so rapidly, Prem, simply, cannot survive without a year of brutal chemo followed by 2 years of additional treatment.

With only one month of treatment done, Dasarathan has already run out of money but he’s desperate to save his son’s life.

“I don’t want Prem and Praveen to grow up and be farmers like us. That’s why I’ve worked so hard and I’m making them study and train for IT jobs so that they can have a future without poverty and misery. My wife, Natrinai, and I are farmers. Together, we barely even earn Rs. 5000 per month. Nowadays, due to drought we make money just once in four months, if we manage to harvest anything. It’s hard to even provide food at home. I borrowed and got his first cycle of treatment started but I can’t keep this up. I don’t have any money at all and my relatives gave all they had. I’m losing hope slowly, I don’t know what to do anymore.” – Dasarathan

Due to the severity of Prem’s quickly-spreading cancer, Dasarathan borrowed Rs. 80,000 from his relatives to start his chemotherapy. Within a month, like him, his family has nothing left to help Prem and Dasarathan is in dire need of Rs. 8 lakhs to save his son’s life. He needs your support so that Prem can receive the 3-year-long treatment without hindrance.

Your support will save 17-year-old Prem and restore his father’s hopes of him having a future without misery. 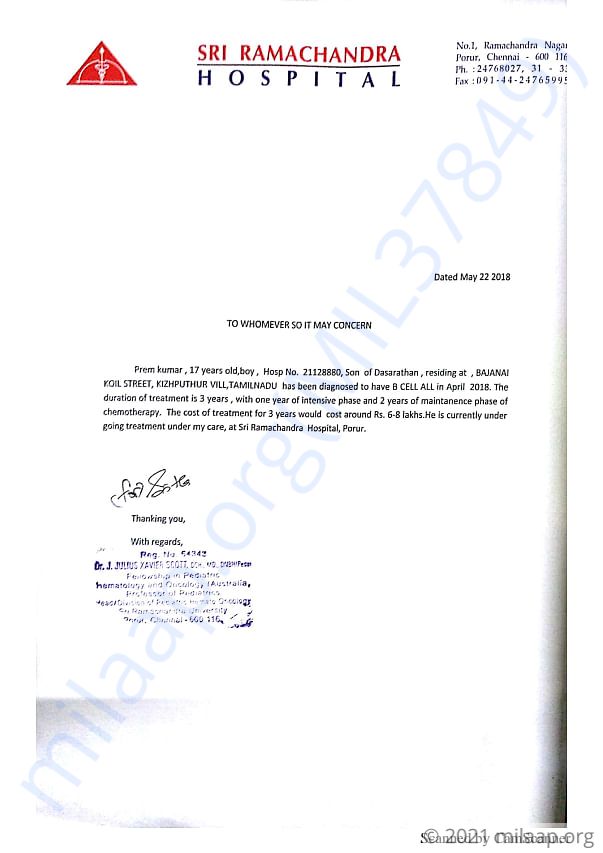 Scan & donate with any app
check_circle_outline Download payment receipt
Report fundraiser
Know someone in need of funds for a medical emergency? Refer to us
Rs.12,810 raised

Dear Dasarathan - hope such small help like these will add up to your treat. PRay God for your wellness Praying For you Kalyanaraman

Dear Dasarathan - hope such small help like these will add up to your treat. PRay God for your wellness Praying For you Kalyanaraman 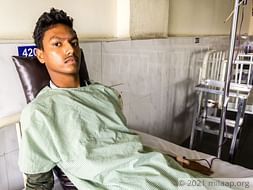