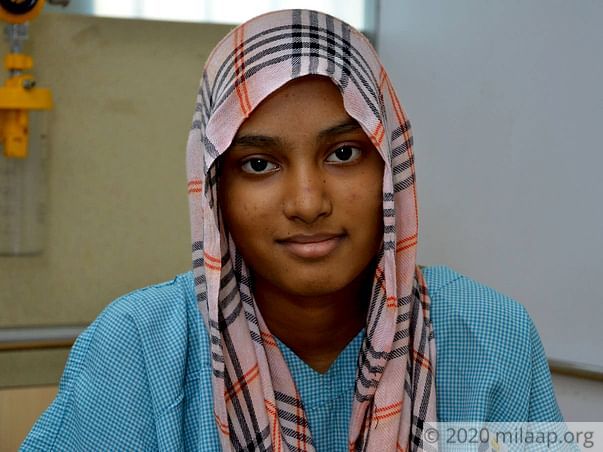 For Kritisha, badminton is what gives meaning to her life. She is 13-years-old and she has already played at national level badminton tournaments. She used to wait eagerly to go for her daily training with her sister, who is also a badminton player. Their mother, Ravina used to accompany them for their practice. On one such day, Kritisha fainted on the floor of the badminton court - no one then could have guessed that this would change her life forever, that she would be diagnosed with cancer.

Kritisha was diagnosed with Acute Lymphoblastic Leukemia in the month of July. It is a type of blood cancer that affects the bone marrow and also the white blood cells. She would require chemotherapy for six months to recover fully.

“She had mentioned to me about body aches but only in passing. Both of us thought that it was because of her training. But then she fainted while on practice and we had to rush her to the hospital. Even while she was admitted and tests were being conducted, her pain increased considerably. While in the hospital, she used to stay up all nights due to the pain. When the test results came out, our worst fears were realized. My healthy and energetic daughter is now in the clutches of cancer.” - Ravina.

As she lies down on the hospital bed, Kritisha fears that her dreams of becoming a famous badminton player will not be fulfilled

Ravina and Kritisha had to travel to Chennai in August, this year from Mauritius for medical treatment. Ravina has rented out a place near the hospital. Being away from her known people and her game, Kritisha has been feeling very lonely and upset. She wants to go back home as soon as possible. She is in constant touch with her coach and keeps giving updates about her health.

“I have never seen her so upset. All she talks about is losing out on practice. She keeps on saying that she will not be able to play like before. I try to make her understand but sometimes she is inconsolable. I wish there was something in my hand which I could do to make her feel better."

Kritisha’s father, Hari Lall, is a primary school teacher. He has always supported his family and his daughters’ dreams in spite of his modest income. But now, it has become overwhelming for him. They have already spent a lot on Kritisha’s treatment and arranging for another 15 lakhs without any external help.

This 13-year-old national level badminton player is fighting cancer. All her dreams will be shattered unless she can get the treatment that her parents can’t afford. You can come forward and make a generous contribution that would help her get better and realize her dreams.

Your support can bring a smile to Kritisha's face 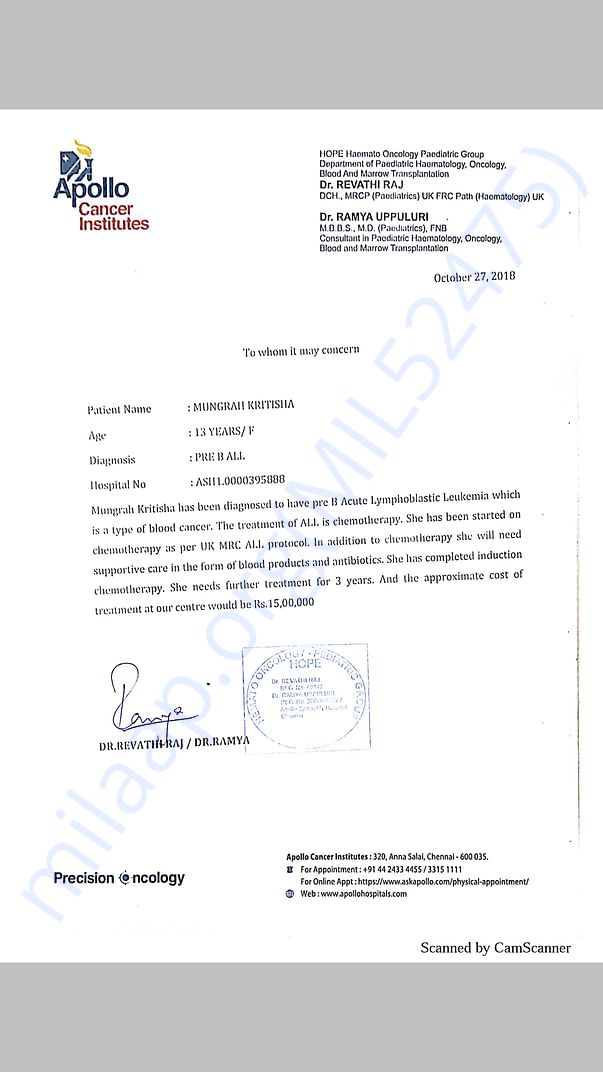 Mungrah Kritisha is doing well and is stable. She is recovering and is responding well to the treatment. She needs to undergo another 8 weeks of intensive chemotherapy.

Scan & donate with any app
check_circle_outline Download payment receipt
Report fundraiser
Know someone in need of funds for a medical emergency? Refer to us
Rs.75,605 raised

No amount of money is as valuable as your smile. We know this is probably the toughest time you could ever see in your life, but winner's are those who fall, dust themselves off, and rise higher and brighter.

No amount of money is as valuable as your smile. We know this is probably the toughest time you could ever see in your life, but winner's are those who fall, dust themselves off, and rise higher and brighter. 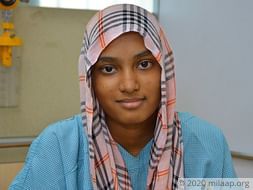