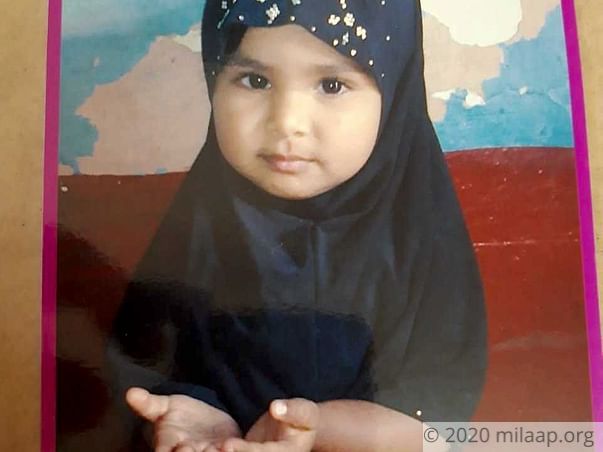 Mohammed proudly tells us that Misba scored 88% in the recent exams and her favorite subjects are Mathematics and English. She loves poetry too. Every day that she returns from school, she asks to go to the playground where her friends play. Misba just sits and watches. While they all walk to the school, Misba's father takes her by bike. This is not a privilege but a necessity. This little girl's spine has been deformed since birth, and now, she is unable to walk. Soon, she may be bedridden if she does not get urgent help.

"If she tries to run like other kids or put any strain on her feet, she ends up crying all night long from the pain." - Mohammed Shamun, Father

Misba was born with a defect in her spinal cord which is weakening her leg muscles and causing deformities in her feet. Mohammed recalls that she had a lump on her spine at birth and after surgery at 5 months, the doctor told him that she would grow up with a deformity.

"Everyone is so proud when their baby walks for the first time. Misba was one and half years old when she walked. She would keep falling. One of her feet had turned inwards. I could only hear people calling her names as she grew up." - Mohammed

Her school bag is often filled with diapers

One of the complications of Misba's ailment is that she doesn’t have control over the flow of urine. She wets the bed, her clothes and always has to carry diapers to school. Mohammed says that initially when this complication surfaced it was quite embarrassing for Misba. Over time, she got used to it.


"Now she is growing up. She understands it is not normal. She is scared that people will stare, comment, and hurt her. The pain is getting worse. It is getting even more difficult for her to walk. She asks if I can fix it."

You can help him be his daughter's hero

Mohammed works as a weighing scale mechanic making ten thousand rupees in a month. He has done everything to get help for his daughter and already spent close to 2 lakh rupees on Misba's treatment. He adds that it is difficult to save money after attending to the needs of all the members in his large family that includes his mother, 2 siblings, wife and 3 children.

"Diapers are so costly. If we use a cloth she gets infection and allergy. End of the month, we have no money for food, leave alone a surgery."

Misba requires a corrective surgery on both her feet and the cost is estimated at Rs.1,20,000. The condition is progressive. This means it will get worse. As she grows, her legs will not be able to support her. She will be confined to her bed at which point the damage will be irreversible.

Your support can help Misba run towards her dreams.

UPI: givetomohammedshamun1@yesbankltd (Copy to clipboard)
Or
Click here to read the instructions before you make a bank transfer. 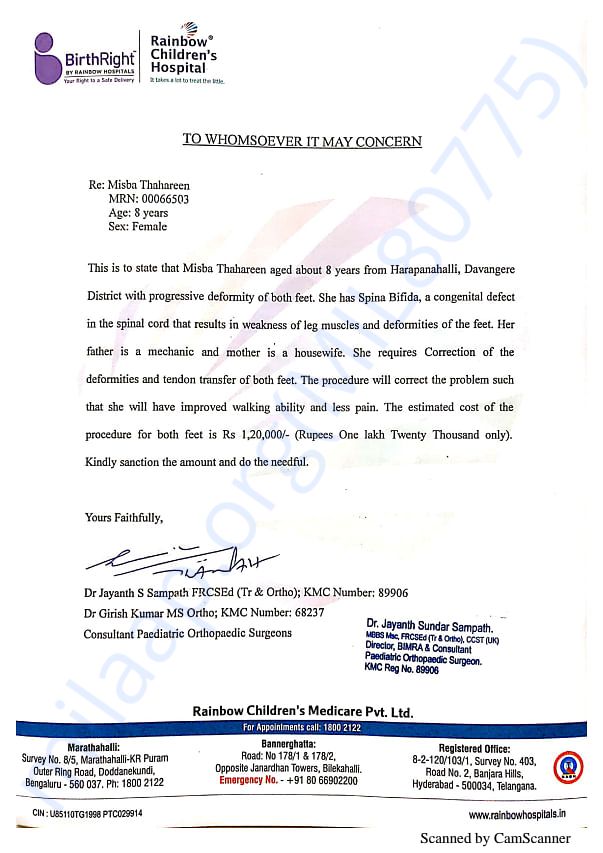 UPI: givetomohammedshamun1@yesbankltd (Copy to clipboard)
Or
Click here to read the instructions before you make a bank transfer.

Report fundraiser
See how thousands are crowdfunding for their causes on Milaap
Rs.17,212 raised

Donated to this campaign via Paytm? Click here if you can’t find your donation listed below.
MY
Mohamed donated $100

Donated to this campaign via Paytm? Click here if you can’t find your donation listed below.
MY
Mohamed donated $100 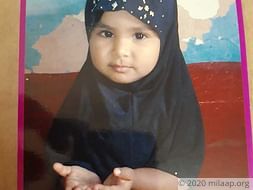