With temperatures dropping upto -30 degree Celsius in the high Tibetan plateau, there is little left to do outside in cold Ladakhi winters. The ground is frozen, and till the last decade not many chose to enjoy outdoors. Today, these pockets of hard frozen ice, located 11,000 above sea level, are hot spots of ice hockey matches. Ice sports have come to Ladakh and how. This is where lives Indian Ice Hockey. 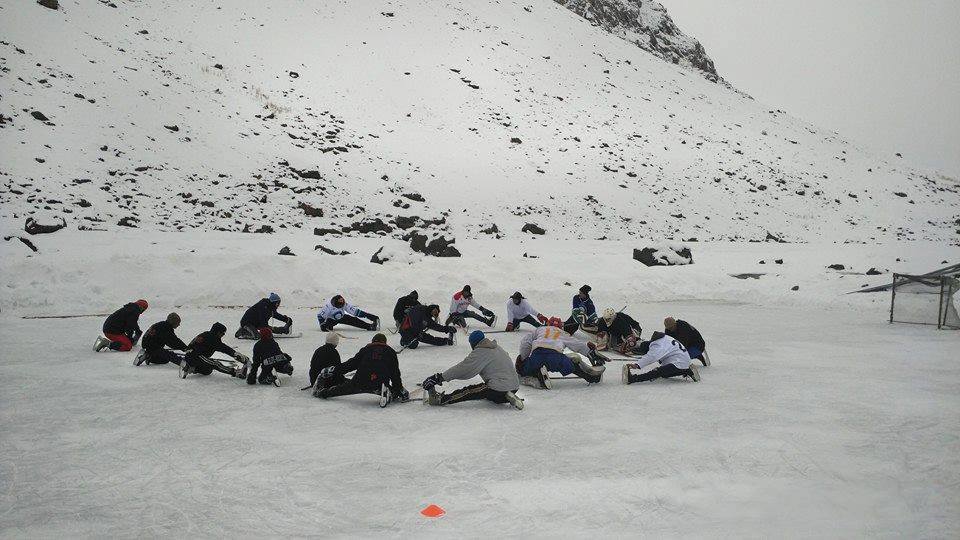 A talented team of 28 women, are among those that scout for the perfect frozen lakes to clear for practice. Though all hail from small villages, they are recognised as an important presence in the sport. They are the entire Indian women's hockey team. And this year, for the first time, they have qualified to play at Taipei, China for the International Ice Hockey Federation (IIHF) Ice Hockey Challenge Cup of Asia, 2016.

The Indian national team comprises entirely of Ladakhi women. While men form the maximum numbers of players, slowly and steadily women are also getting to carve out their own space in the field.

Getting to this place and being recognised as international players is a big achievement for the players, and the country but it has not been an easy fight. Hailing from remote villages, the players struggle to be allowed to step outside the shelter of homes to go compete.

Ice hockey is a rough game played in gruelling conditions. The gear needs to be sophisticated enough to adequately protect the players. Further for participating in the Ice Hockey Challenge, the players need Rs 15,000 ($250) each.

Parents who are already on the fence about sending their daughters abroad, discourage spending more than the entire family's income for the game. The go-between who pursuades these families to encourage their daughters to play is the local alternative school, SECMOL.

SECMOL took the initiative to promote women’s ice hockey back in 2002 and for the last 15 years has been actively supporting the cause. In fact, 11 of the 28 players selected for the National team are either present students or Alumni of SECMOL.

Sourcing help for these players

SECMOL has decided to set up a campaign that meets the neccessities of the women's national team for this victory. While the first aim of this campaign is to enable the players, the larger goal is of promoting women's ice hockey in India. Any additional funds will be used for further development of ice hockey in the country in collaboration with the not for profit Ladakh Women’s Ice Hockey Foundation. 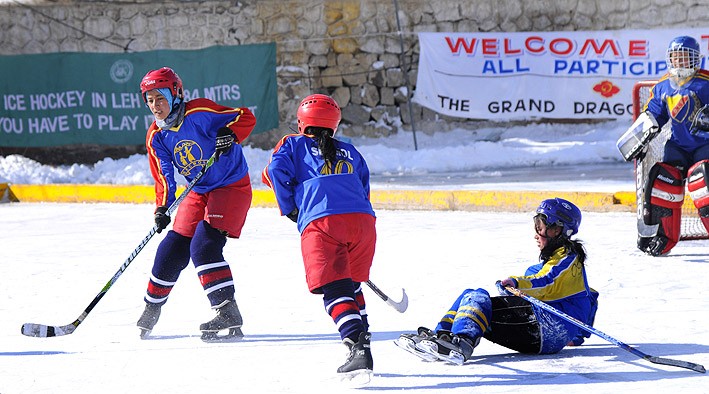 Training at 11,000 ft, in bleak conditions and without the whole-hearted support of the society, it is necessary to recognise and support the Indian women's team make their mark in Ice hockey.