With a solar lantern, productive hours never run out for | Milaap

With a solar lantern, productive hours never run out for Sabina

Shares
Shares
Share on whatsapp
I had the pleasure of meeting with the women who comprise the self-help group "Tishta" led by Mana Saha. These women all have been a part of DCBS for about six years, receiving financial support for various small family businesses that serve their local communities. During the group meeting scheduled for that day, the ladies went around the room describing the various businesses they and their families were involved in. I was surprised by the diversity of businesses these women ran, which ranged from a fruit stand to constructing window grills to a pet bird business. The demand for solar lamps in this area was enormous, and these women were reaping the benefits of the solar lights.

I was fortunate enough to talk with one of the original members of the group "Tishta" Ms. Sabina Mandal, who herself runs a jute rope business. She has two younger sons who both go to school, but also help her mother with the rope making process. She told me that initially the main reason she had opted to receive a solar lantern loan was so that her two children would be able study at night without the frequent power-cuts hindering them.

Soon, she realized that the lantern could be utilized for various other purposes, and she decided to get two more lights. Currently, she is using the two new lights to be able to work late in the night when she has more time for herself and her work. "During the day, there is too much to do for me to be able to sit down with my work." She has been able to increase her production, and now is able to earn about Rs. 200 per day, which goes a long way for her to be able to cover her family's expenses. She and the rest of the women in the group "Tishta" wanted to thank Milaap and DCBS for supporting their endeavors. 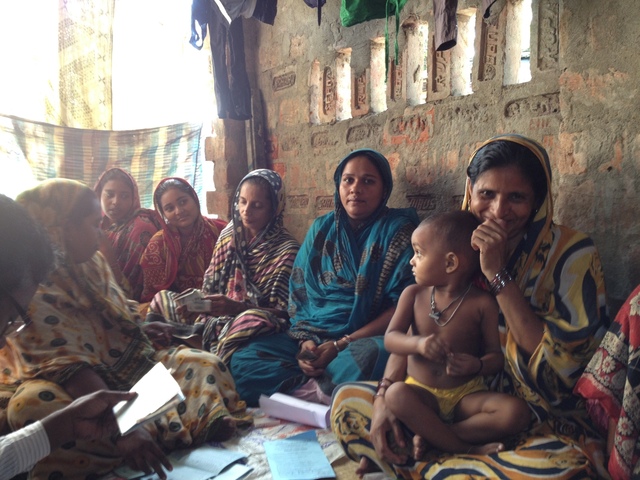 Some of the ladies the group "Tishta"