When the power goes out, one flip of a switch and there is light | Milaap

When the power goes out, one flip of a switch and there is light

Shares
Shares
Share on whatsapp
When I stepped out onto the street in the early morning, the smell of rain was pretty thick in the air. The torrential rains that had poured throughout the night had left the roads a wet and muddy mess. After taking the local train for a couple of stops, I reached Jaynagar. Near the local bazaar, I met up with Sourav, the Jaynagar branch manager of DCBS, Milaap’s partner in West Bengal. I hopped on his motorcycle, and we started our journey to meet Amina Sekh and the other women in her group. The rains had made the brick path extremely slippery, so the commute was quite slow. At one point, out motorcycle hit a bump, which caused the back wheel to slip and us to fall of the bike (we were not injured, just very muddy). After that incident, we decided to walk the rest of the way to the compound where Amina and the rest of the women worked and lived.After we reached, all the introductions were made, and other official business was taken care of. We then started chatting about their families and also the effects of the new solar lanterns. Amina's husband came by and also joined in on the conversation. They explained to us that most of the men and women in this area were involved in the leather goods business, where they hand-made bags, purses, and other products.  During the frequent power cuts, it was impossible for them to work and production was constantly halted. Before, their only solution was to use old kerosene lanterns which left burns on their hands and noxious fumes in the air.To fix their problem, they applied to take the small loan to purchase a solar lantern. Her husband told me that now it was much easier to do their work during power cuts, and that the light was much brighter and effective. They soon realized that the portable solar lantern was making life in general much more bearable during power cuts. He explained that all the children were constantly running around the house and knocking over the solar lantern, but now, since there was no open flame involved, he's not worried about the kids getting injured.They also commented on how nifty the device was, and hoped that one day, their other appliances would also be able to run using solar energy.  They all seemed to be very aware of the negative environmental impact of burning fuel for energy, and understood the significance of solar energy as an alternative energy source. Overall, they were very pleased with the changes a small solar lantern has brought to their lives. They were very appreciative of the support of lenders all over the world and wanted to personally thank them all. 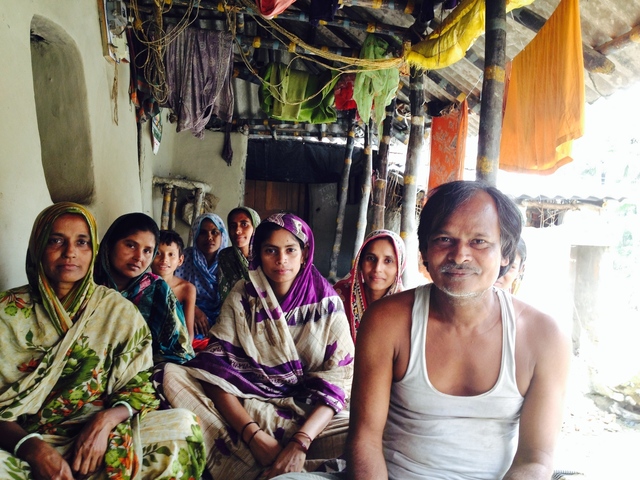