Forced Out Of Their Homes, These Women Wove Their Destiny | Milaap

Forced Out Of Their Homes, These Women Wove Their Destiny

As the 5 a.m. sun rose over the rolling hills and valleys that cradle Mizoram, a beautiful young mother roused her little boy and helped him bathe, and dress, and eat. He was a sweet-tempered child, her boy, prattling cheerfully at that early hour. His mother, Lalfakzuali, moved briskly. Eager to relinquish him to his grandfather. Eager to sit at her family’s looms, where she would weave alongside her mother and sisters.

She was determined to build a future for herself and her son. It was a decision she’d made long before her husband had spitefully uttered, “Ka ma che!” Words that, under Mizoram’s customary law , meant she had been divorced. Everything she had worked for and earned was no longer hers. She was lucky to get away with her son. She had turned, then, to her father, who had opened his door to see her carrying her baby and a bundle of belongings.

Back under her father’s roof, Lalfakzuali wove to earn her living. They created intricate shawls and puans, traditional Mizo skirts, from brightly colored yarn.

When their parents passed away, Lalfakzuali and her sisters decided to carry on the weaving business. While Lalfakzuali wove and made plans, her sisters mostly managed the sales and diversified into other businesses. Three years went by. As the demand grew for their shawls and puans, she knew it was time to share her plans. “We should buy a third loom,” she said one day to her sisters. “We don’t have the money,” they replied.

But she bought the looms, nevertheless, and business flourished. Today, Lalfakzuali employs 4 more women, owns 5 looms, and runs a thriving business in Aizawl. She will earn enough to see her 7-year-old boy educated.

How did she do it? Well, it was folks like you, complete strangers from Milaap’s lending community, who helped. And THAT part of the story is best told by Lalfakzuali herself. Go ahead, click on the video. See what she has to say.

Lalfakzuali’s succcess is not an isolated one. It is part of a steady revolution led by empowered rural mothers across Mizoram. These mothers wake before dawn, finish off their chores, and set out to work. In a place where women were traditionally seen as subordinate to men, these rural women are fulfilling their potential – all on their own.

THERE ARE SO MANY MORE

So many more women from Mizoram are looking for the opportunity and support to realize their dreams. Given a chance, some will dedicate their day to creating handicrafts, running petty shops, or rearing poultry, pigs, or livestock. Many will work at more than one job to earn enough to give their children a quality education.

They will employ every resource available to meet their goals. Those with nominal government jobs will return in the early evening to weave, or sew, or maybe open a tea stall. Their incomes will help them access nutritious food, save for their children’s future, and redefine their place – if not in a traditional rural society, at least in their own homes. 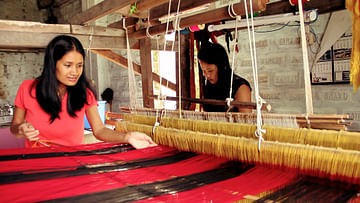 Donate View all Borrowers
Security & Privacy Conditions of use © 2010 - 2021 milaap.org. All rights reserved.