PV
You are sending a message to
Prakash V
Go back

Shares
Shares
Share on whatsapp
Vishal is an aspiring cricketer from Bangalore. Brought up in a poor family, Vishal's childhood was filled with difficulties. Despite the struggles, he held on to his dreams and became a cricketer. He excelled in 'Under 16' and 'Under 19' categories and was striving towards entering Ranji Trophy. But this 20-year old’s dreams were shattered by the news that he has Cancer. He is suffering from Acute Myeloid Leukemia (AML) and is undergoing treatment at Columbia Asia Hospital, Bangalore. The family is in deep trouble without being able to pay the hospital bills.

Two Days of Illness and The News of Cancer 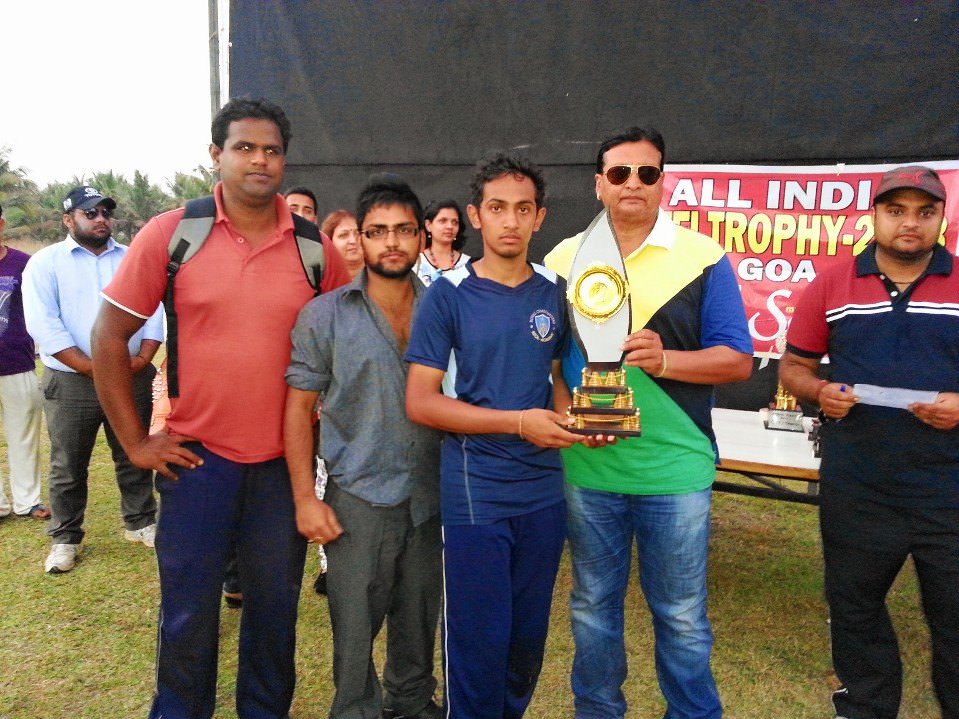 Vishal developed a high fever one day and was taken to a local hospital. After medications, he recovered. But the next day, he noticed that there were clots in his shoulder and neck region. The next day more visible clots appeared in various parts of his body.
Clots in his body were mistaken to be from a heavy workout at the gym, but his parents didn’t know these were signs of the blood cancer that was slowly killing him. After two days, Vishal complained of clots in the walls his cheeks. This panicked the parents who informed his uncle, Prakash.  Even then they thought of it as a skin condition and took him to a skin doctor. Fortunately, the doctor asked them to take a blood test.
The doctor looked a little tensed reading the report. He looked at Prakash and asked him to take Vishal to a hospital immediately. The report showed that Vishal’s WBC (White blood cells) count was high. This was a clear indication of cancer.

His Parents Struggled Without Having Money for His Education 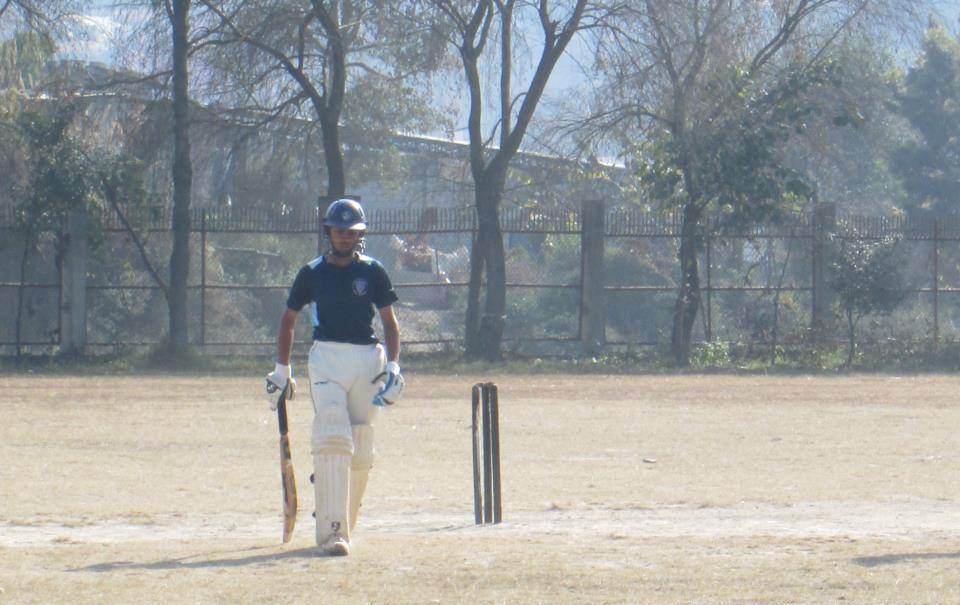 Vishal lives with his parents and younger brother. His father was part of an electronics company for over 10 years. With no notice, the company shut down.  With great difficulty, his relatives found a job for him as a driver. The meagre income from this job was not enough to pay for his children’s education, so he forced his wife to find a job.  Vishal’s mother has no exposure to the world. But she buried her fears for the sake of her children. She found a small clerical post in a school and started working.
Vishal’s relatives supported his education and it was his uncle, Prakash, who took for him cricket coaching classes when he heard of Vishal’s talent in cricket from his school.

Even During This Pain and Agony, He Can Only Think About Cricket 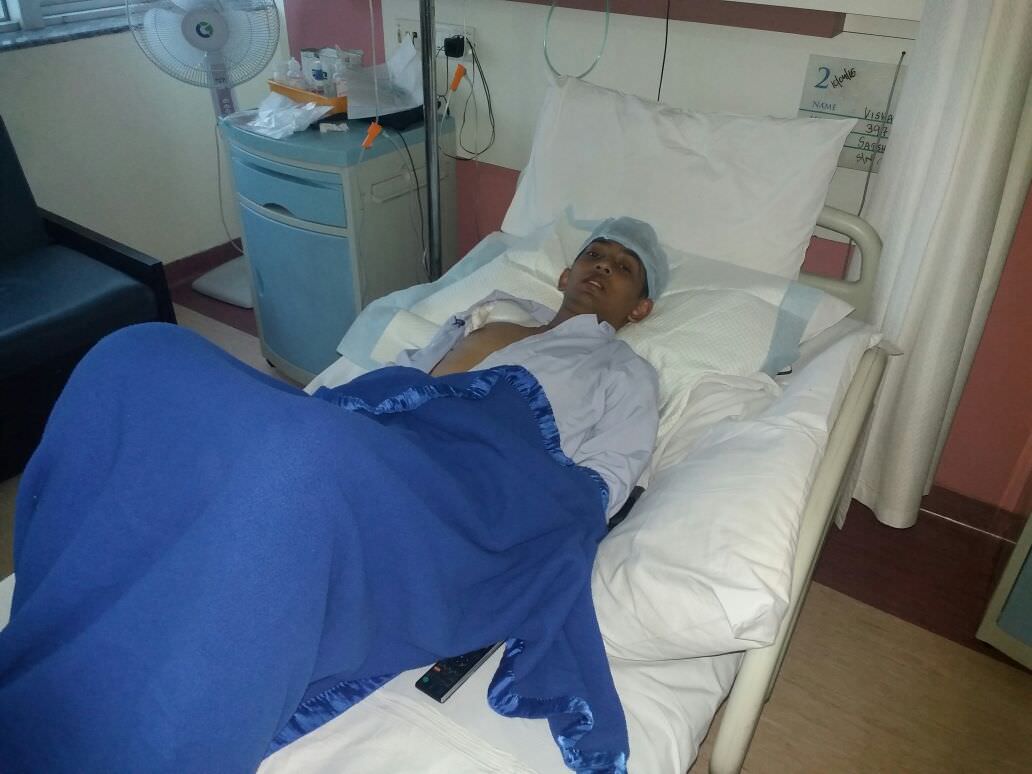 Vishal was one of the most sought after cricketer and various cricket clubs wanted Vishal to join their team. He was selected into Under 16 team and under 19 team. Vishal was about to leave for a big cricket tournament  when the news of cancer shattered him.
Even now when he is at the hospital, all he can think about is cricket.

Few days ago his blood pressure went so low and he was taken to the ICU. But he came out of that condition and his WBC count is coming down to a safe level. Doctors have informed that next 10 days are very crucial and the treatment should be continued at any cost. With the help of the relatives, Vishal’s family has collected a portion of the funds required. After 10 days, if Vishal’s condition improves, he can be taken home but he should come to the hospital regularly for check-ups. The estimation given from the hospital is 12- 14 lakhs for the next few months.

This young cricketer has a bright future ahead. His dream is to get into Team India. He has struggled a lot to come to this position and now with cancer, he now faces another big struggle. Help him stay alive. Our support will help this young player come back to normal life. Funds raised through this campaign will go towards the hospital to settle his medical bills. 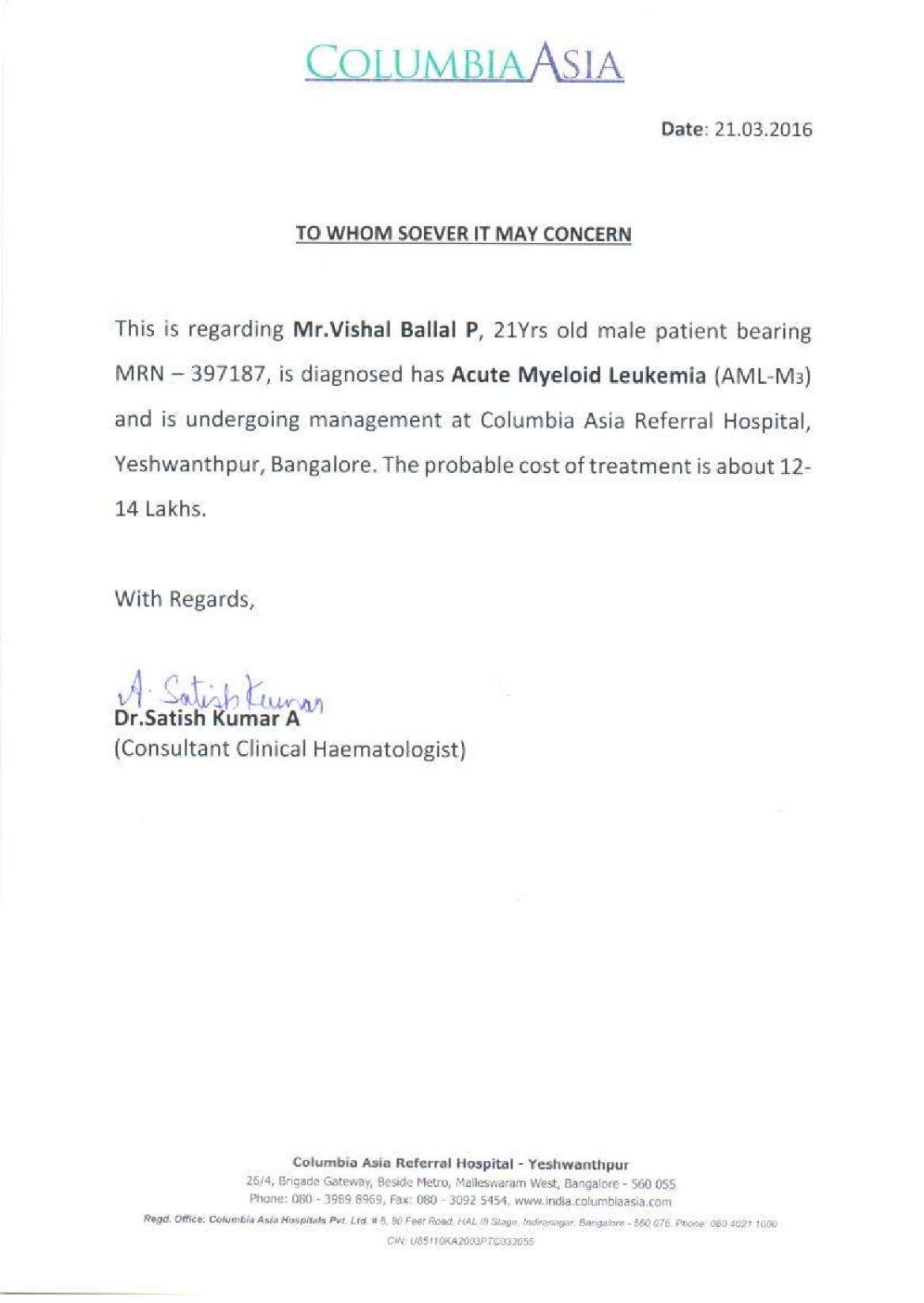 Help This Cricketer's Fight Against Cancer

The news of cancer shattered Vishal, who was preparing to participate in a tournament. Your...