SK
You are sending a message to
Srihari Kanchala
Go back

Shares
Shares
Share on whatsapp
So, you have always wanted to grow your own veggies and have been trying to figure out the best possible method?

Well, if that's the case, Srihari Kanchala, a program manager based in Singapore can help you out. He is on a mission to change the concept of traditional farming with the help of hydroponics. There's more to it. In the process, he also wants to impact the lives of elderly by supporting old age homes and NGOs.

'"Food security’, is a thought that has been lingering on my mind for a while.  I started researching about ideologies and methods that could release us from the biggest consumer problem today and help us get access to healthy and unadulterated food.

Urban farming seemed to be the best option not only to promote locally grown vegetables and fruits but also utilize unused open spaces, in the concrete jungle that the cities have turned into," says Srihari.

Urban farming – Making Its Way Back

The importance of urban agriculture accelerated dramatically throughout the World War II. They used to be called ‘victory gardens’, and were a huge source of food for the poor neighborhoods. Once again, lack of access to clean produce is encouraging urban farming to slowly gain pace in India.

Srihari came up with the idea of Urban Chennai. “One of the biggest examples of the urban citizens helping each other during crisis was Chennai floods. That inspired me to do something and contribute back to the society,” he says.

Through this project, he intends to encourage and promote small communities to grow healthy fruits and vegetables. “I believe that food brings people closer, which in turn brings communities together,” he adds. 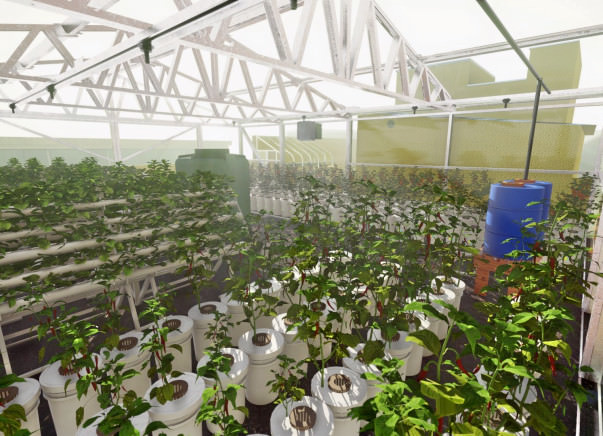 Three other people are supporting Srihari with his project - his father Mr. Gopikrishnan, a retired businessman, Mr. Chandrasekaran, his father-in-law, a businessman, and Mr. Sreevatsava, his cousin, who's also a businessman. All three of them are based in Chennai.

“The ultimate goal of such a set up is for residential developments like apartments, gated communities, and corporate offices with large terrace spaces to come together to grow healthier vegetables for their personal use and share the rest with the communities that can’t afford them,” says Srihari.

Using Hydroponics for Freshest Produce and a Healthy Environment

Srihari intends to use hydroponics, a method of farming, wherein plants grow directly in water. No soil is required. The nutrients in the water, as well as the air temperature, need to be controlled. This takes away a lot of the normal worries that an outdoor field grower has, and allows growing veggies very efficiently year-round.

Hydroponic farming has proved to be so efficient, both in terms of space and water use. This ultimately may be the future of farming. 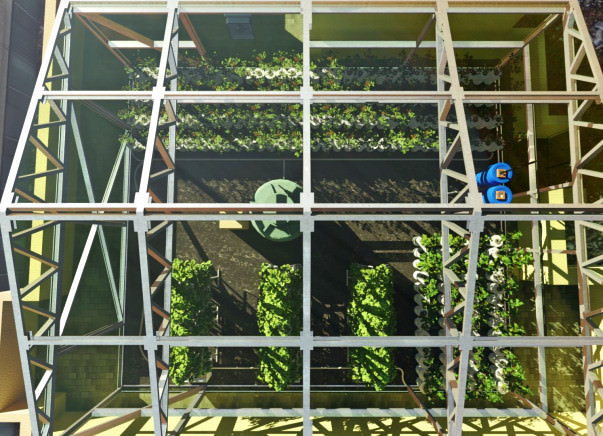 “From the financial point of view, the capital investment for hydroponics is slightly on the higher end but in the long run, the entire set up becomes cost effective, energy efficient, and provides more yield, which means more locally grown produce at a lesser cost,” says Srihari.

He wants to start this project by transforming 1,000 sqft of unused rooftop that belongs to his family, into an exemplary urban farm and community space. The Urban Chennai team intends to grow vegetables such as tomatoes, brinjals, capsicums and greens like spinach and lettuces. We will grow lots of herbs like basil, fenugreek, coriander, and curry leaves. He wants to ensure that all the produce from this project goes to old age homes and NGOs. None of it will be used for commercial purpose.

“I see this project as a means of bringing huge difference. The whole thing seems more personal and fulfilling,” says Srihari .

What would you prefer – getting the freshest produce you crave whenever you want to or waiting for it for an entire year? Of course, the former one. Srihari’s Urban Chennai doesn’t simply aim to add green to the city. He wants to bring clean and fresh produce to the city of Chennai and also help the needy in the process. Your contribution can help him continue working for this cause. Donate here.

Click here to watch how the Urban Chennai team is planning to bring fresh produce to Chennai and support NGOs and old age homes.
Donate

Srihari is determined to make Chennai a green city.