Widowed Mother Struggles To Save Her Daughter’s Life After Losing Husband In A Tragic Accident | Milaap
loans added to your basket
Total : 0
Pay Now

Your support will save Farheen’s life. 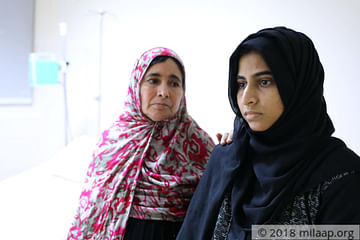 Farheen Is Struggling With A Blood Disease, But Her Mother Has Nothing Left To Save Her

Farheen needs a bone marrow transplant at the earliest to survive her disease. You can help her.