Shares
Shares
Share on whatsapp
Another group of Bengali village women borrowers, led by their group leader, Rupa Haldar, are able to improve their lives by borrowing Milaap-financed lines for solar-powered lanterns. Unfortunately, Rupa was not available for an interview. However, several other members were present for an interview. The story of one Subra Mondal particularly stands out in the group.

Subra is a wife to an auto rickshaw driver and a mother of a young son and young daughter, both of whom are school children. She has been husking rice professionally for the past 9 years. On one hand, she has no need for a solar-powered lantern when she is working in her rice fields during the daytime. On the other hand, her lantern has become her ‘saviour’ to her nighttime duties and for her children. Before owning a solar-powered lamp, Subra and her family had no electricity whatsoever, as they are not connected to the electric grid. Their only alternative to lighting was their old kerosene lamp. Unfortunately, it was at times too dim for her to use for cooking. Simultaneously, the same dim lighting was insufficient for her children to study under.

These circumstances all changed when Subra borrowed a loan from Milaap to purchase a solar-powered lantern. Thanks to her new lantern, she can cook meals for her family under unlimited bright light, without facing the nights of dim kerosene lighting in her “electricity-gridless” home. The bright light from the same lamp has enabled her children to study properly for the same reasons. Subra is so satisfied with the impact of the lamp on her and her children’s lives that she has already purchased one more from Milaap. She is now on track to pay her Milaap loan for both lamps due in 1 year’s time, through Rs. 40 weekly installments. 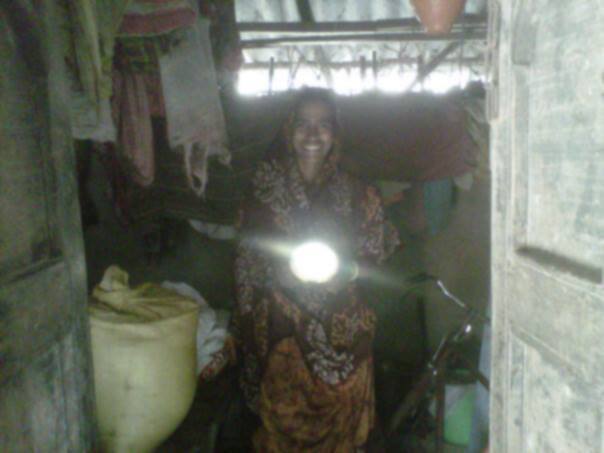 "My solar-powered lantern is my saviour. Thank you Milaap".