SA
You are sending a message to
SHRINIKA AGENCIES
Go back

Shares
Shares
Share on whatsapp
Pannerselvam and Kanmani had a girl child after 7 years of marriage. With much love, they started looking after her. When she was 6 months old, they came to know she is suffering from cancer. With no job and no money, this couple fears they cannot save their baby daughter. 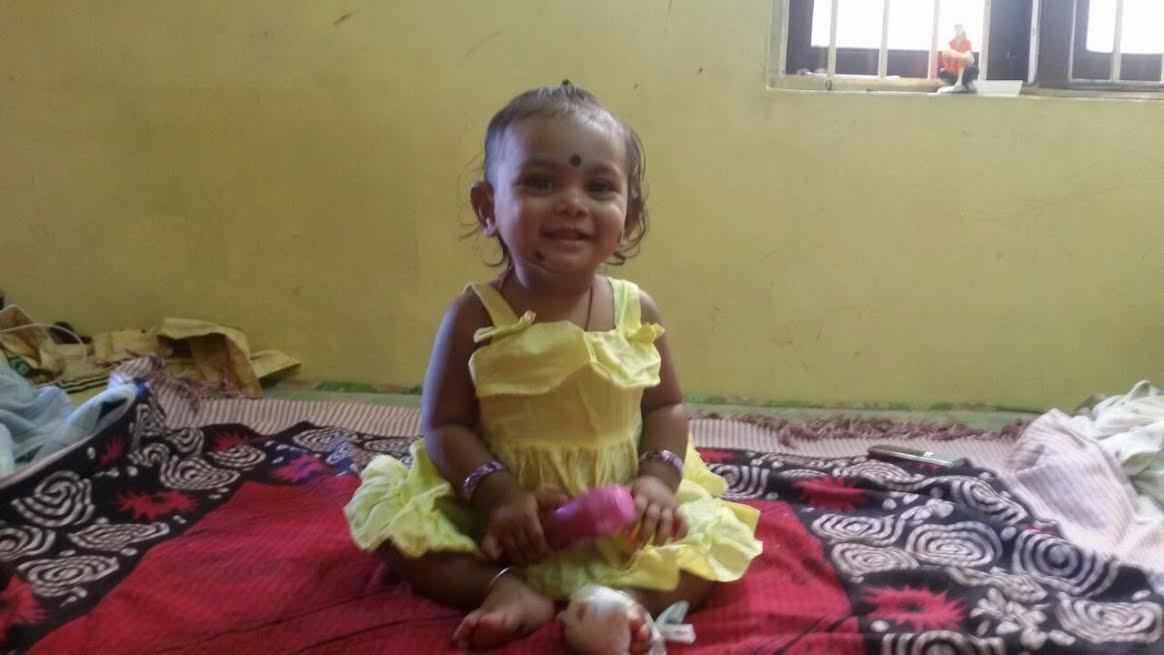 It was a prayer for a seven years, that finally blessed them with a girl child. Pannerselvam and Kanmani were on top of the world when the doctors confirmed that they are going to welcome a child to the world. "I still remember the day when i help her in my hands, her little fingers and sweet smile. Kanmani didn't stop smiling despite the pain and fatigue. It was 7 long years that we waited for that moment." 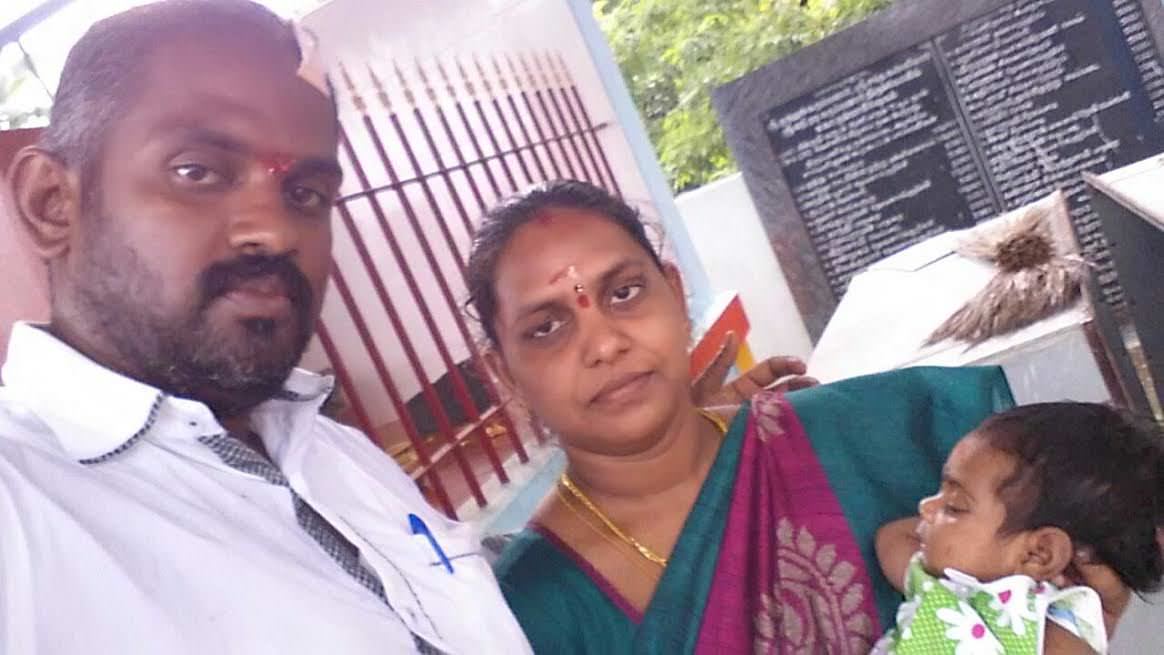 When Shrinika was 6 months old,  Kanmani noticed that she had a lump in her body. "I noticed it when I was giving her a bath. We took her to a clinic. They said it might be due to the vaccinations but the injection was never given in that region. We were scared and took her to another hospital."
A blood test was taken and they were referred to a doctor in nearby town. The doctor suspected that it's tumour  and decided to do a surgery to remove it. The tumour was removed and sent for biopsy to another hospital. When the results came it was proved that this was a case of Non-Hodgkin lymphoma, cancer that starts in cells called lymphocytes, which are part of the body's immune system.Pannerselvam and Kanmani were devasted. Just when they realised their lives were complete, this news came in as a shock. 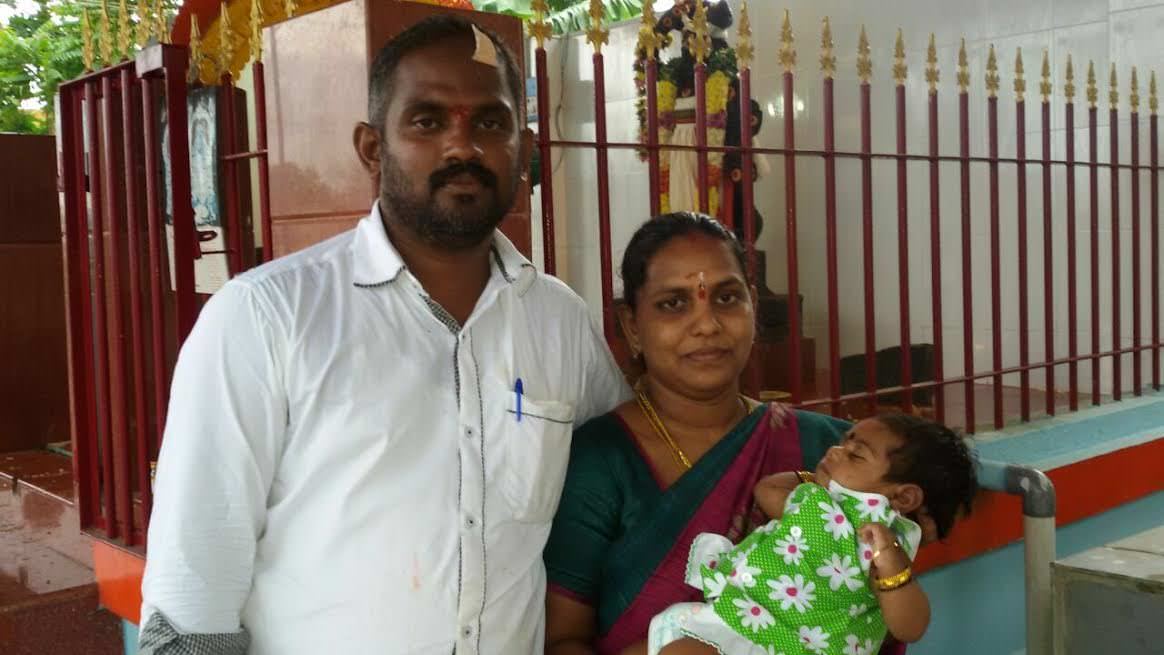 He Had To Sell His Rickshaw, Only source of Income To Take Shrinika To Hospital

Pannerselvam sold the jewellery and decided to mortgage his rickshaw. He had to pay a high interest but that helped him get some money to take her to a hospital. "When I went to the next hospital, I thought we will save our daughter but we ended spending more than what we were told. They didn't start any treatment, there were just tests and reports.

Finally, we decided to take her to Apollo Hospital,Chennai. Fortunately, her treatment going well. The size of the tumour has reduced by 90%. 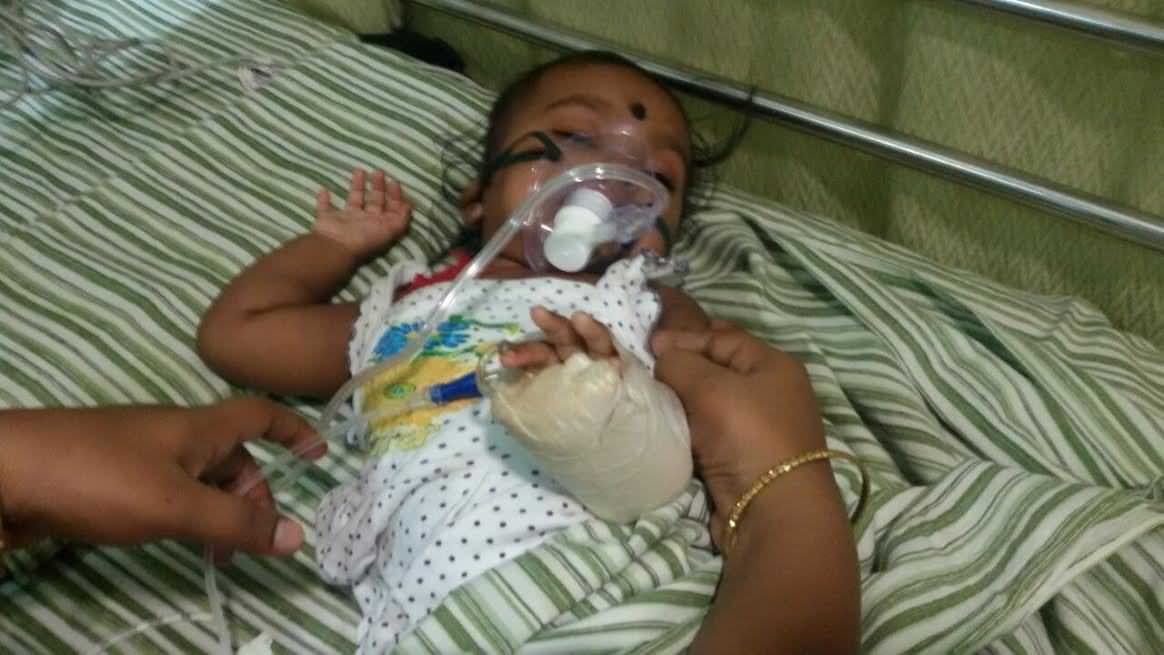 With No Money Left, This Couple Can Manage Only One Meal A Day

Panneerselvam's tone became low when we asked how he manages to pass every day without having a job.  With much persuasion, he started speaking out. He pays Rs.650 as room rent every day. All that is left is some money his friends gave him.
"We don't how many days this money will last. We have become paranoid of spending every rupee. We just have one meal a day. I don't know if it's fear that we don't have money or the pain that our only daughter as a dangerous condition, we cannot eat anything."

Pannerselvam and his wife have no money left to even purchase food more than once in a day. It was with his friends and relatives generosity that they continued the treatment so far. Our support can help Shrinika complete her chemotherapy. The family's struggle will go in vain if they don't get to complete the treatment. We can save this little one's life. 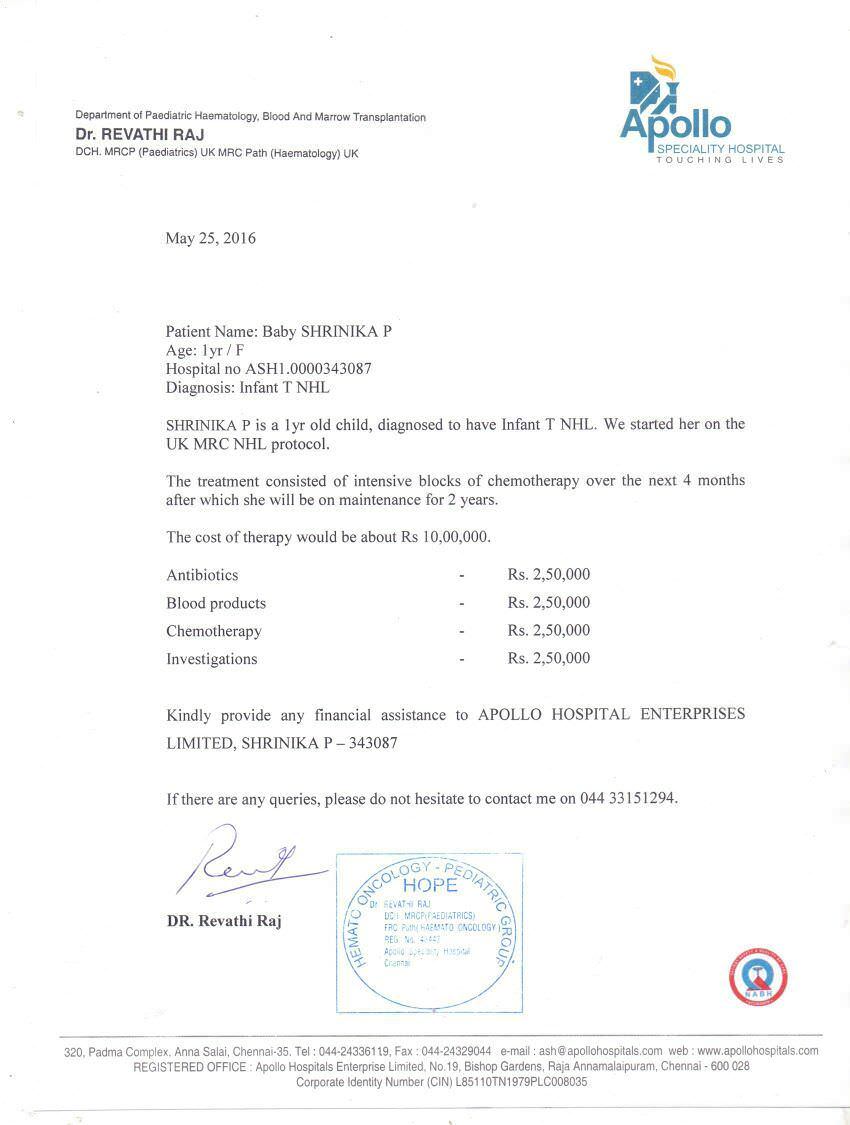