You are sending a message to
Francois Gautier
Go back

Shares
Shares
Share on whatsapp
"O King Shivaji, / Lighting thy brow, like a lightning flash, / This thought descended, / "Into one virtuous rule, this divided broken distracted India, / I shall bind.

This was how Nobel Laureate Rabindranath Tagore re-imagined Chhatrapati Shivaji's role in inspiring and uniting India. One of the greatest warriors in Indian history, his life is a testament to his bravery and spirit.

While most Indians read about him in their textbooks, one French journalist, inspired by the Maharaj's fight to protect women and establish a secular India, decided to construct a museum in Pune that will tell people more.

Francois Gautier, is a French journalist and correspondent for over 10 years of the largest French Daily, Le Figaro. He has authored a dozen history books on India and has been a strong observer of the Indian affairs. Having witnessed major events over the course of his stay in India, Francois thinks making the new generation of Indians aware of their past is essential.

He told Sakal Times in an interview that native rulers of the country were not focussed on as much as foreign invaders. “I started studying Indian history as part of my research for work....This narrative of history was documented by the British for their own vested interests,” he says.

A Project By The People For India's Children

Francois is married to Namrita Bindra, a textile designer. Both have dedicated their time and efforts to build the museum. The museum has eight Pavilions, each with a unique permanent exhibition, as well as a Bharat Mata temple dedicated to Chhatrapati Shivaji Maharaj and a video room. The Museum is open from 9 to 6 PM and entrance is free for every one.


Francois and Namrita also founded the Foundation Against Continuing Terrorism (FACT) organisation. The organisation organizes photography and painting exhibitions highlighting various issues related to terrorism. Its aim is to education people on terrorism and how it affects people living in the region.

Francois shares how the museum is  by the people for the people. The land to construct the building was donated by Art of living, Francois started a crowdfunding campaign, seeking support for the museum. With over 5 lakhs raised through the campaign, the museum has got a video room and other exhibits in place. However, more support will ensure it nears completion.


The museum is now visited by school children who are amazed to find paintings, videos and other texts about the king they studied in their history books. It is not every day that they get a tour of a museum which explains a chapter from their textbooks. Francois and Namrita are continuing this journey to make our children aware of our history.

To know more and contribute towards the museum, click here 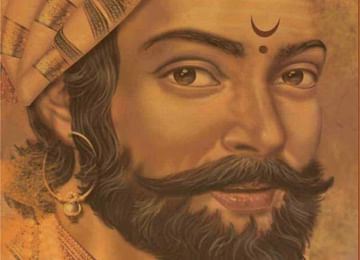 A museum by the people, showcasing our history to the future generations

The museum's work is in progress. With more support from the public, it will near it's completion

UPI: givetofact@yesbankltd (Copy to clipboard)
Click here to read the instructions before you make a bank transfer.