A
You are sending a message to
Avanti
Go back

Sania Shaikh is from the north-Mumbai suburb of Kurla. Sania comes from a family of five, composed of her father, mother, and two sisters. Sania’s father is employed as a clerk while her mother is a housewife and is charged with the smooth running of their household. Sania’s eldest sister is a BA graduate, and the middle sibling is currently in her final year of B-COM.

Sania is a favourite among teachers and has demonstrated her abilities within the classroom time and time again.

Sania is an extremely motivated student who is driven by blind ambition. Her organized and methodical personality has led her to identify her first preference and second preference colleges. Sania intends to study Computer Science and further her career as a software engineer. She is a technically inclined individual with a keen interest in the development of new technology. Her most preferred college is IIT Mumbai, while her second preference is the Veermata Jijabai Technological Institute, which is also located in Mumbai. Both these colleges hold high reputations, and also give Sania the option of living at home while she attends college. Sania is currently enrolled as a student at Avanti Learning Centres, who are providing her with vital support she needs to reach her goals.

What do Sania’s teachers say about her?

Sania’s teachers realize the potential that she has and speak very highly of her in regards to her work ethic and personality. She is described to be a self-motivated and dedicated student whose hard work within the classroom often inspires teachers and other students. Sania’s teachers also claim that she is a natural intellectual based on her steady curiousity and her eagerness to gain new knowledge. Although Sania is described to be reserved and timid in her personality, her teachers profess that she is never shy to express herself, ask questions, and fuel engaging discussions. The teachers at Avanti Learning Centres are positive of Avanti’s future success as her character traits and general skills combine to create a very talented and hard working individual.

While teachers pile praise onto Sania for her attitude and her work, her performance in exams, tests, and year round JEE-advanced tests speaks for itself. Sania secured an aggregate of 93.2% in her 10th standard public examinations, and is expected to score between the 85-90% range in her 12th standard public exams. Sania appeared for the JEE examination in April of 2016 and scored an impressive 165, clearing the general cutoff of 100 by 65 marks. She is currently awaiting her JEE Advanced results, which will ultimately determine where she receives admission, and whether she gets into her first choice college.

How you can help Sania

Sania comes from a low-income family, and they require help to fund her college education. The family’s only source of income is Sania’s father and he does not make enough money to sustain the expenses of the house and entirely fund his third daughter’s education. The family cannot provide a number in regards to how much they could collectively contribute, however, they do guarantee that they will all they can to fund Sania. Supporting this cause means supporting an underprivileged teenager’s desire to receive the highest quality education possible and make a positive impact on the world.
Donate 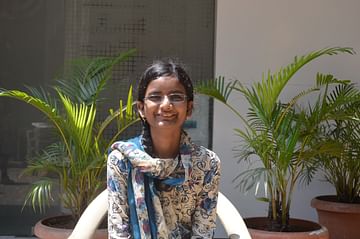 Your support can help Sania achieve her dream.