MP
You are sending a message to
Meenu Priya
Go back

3-year-old Rhythm, sits up on his bed. There is not much else he can do. He has been unable to walk for the last six months, and spends most the time in extreme discomfort. His parents are helpless, and are unable to see their beloved son in so much pain. Rhythm is suffering from blood disorders and fungal infections in his sinus, complications that set in after he underwent a bone marrow transplant. 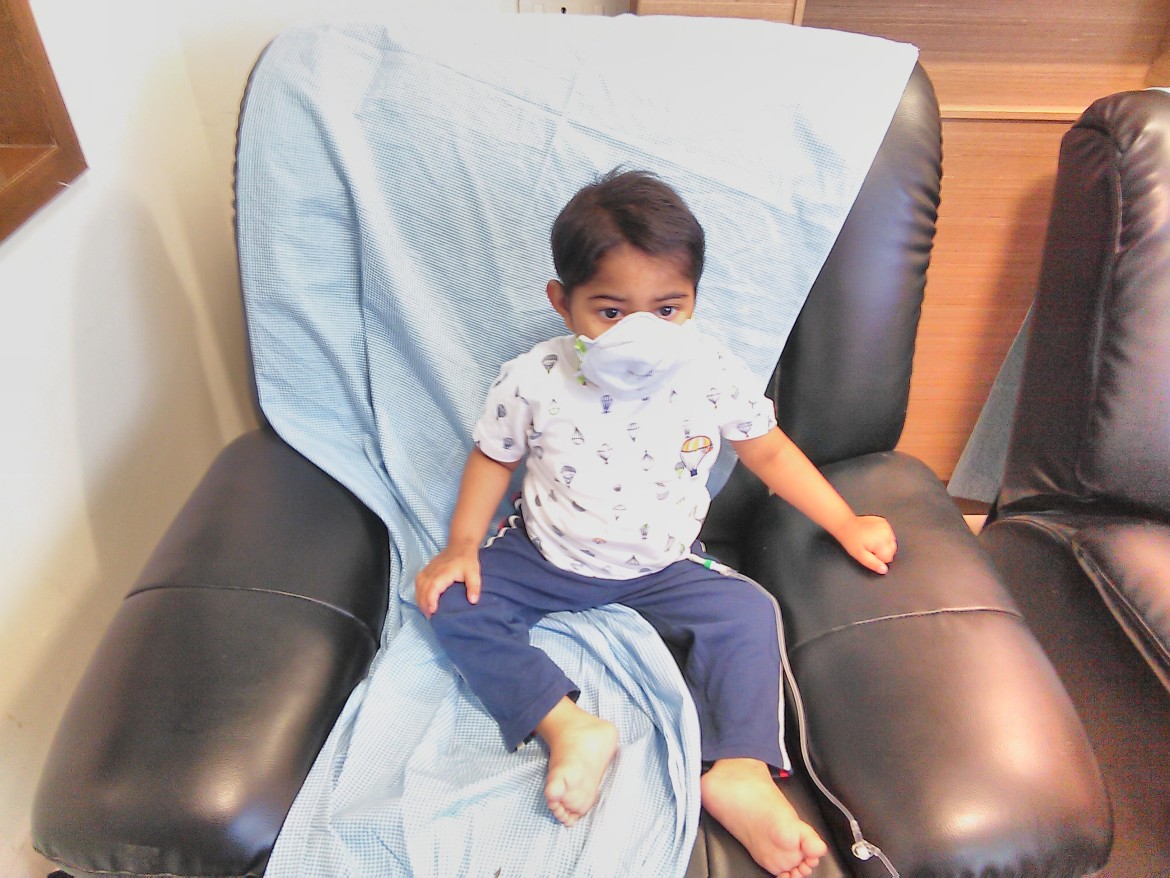 Ill since six months of age

Rhythm was six months old in January 2013 when he was diagnosed with thalassemia major, a blood disorder which results in abnormal haemoglobin levels. He was suffering from high fever, and was rushed to the doctor. Tests revealed that his haemoglobin level was 5.7, much lower than the normal rate in a six month old child. His spleen and liver were also enlarged.

After being diagnosed with thalassemia major, he was referred to be treated and undergo a bone marrow transplant at Apollo Hospital in Chennai. Originally from Hyderabad, Rhythm and his parents arrived in Chennai in November 2013. Their search for a donor ended in March 2014, when they found a 100% match for his bone marrow transplant. Priyanka, Rhythm's mother, says, “We have spent around USD 4,000 on the test for a potential donor alone. We found a foreign donor for Rhythm. The actual transplant cost around USD 57,000.” The transplant was successfully conducted in June 2014.

Rhythm was not responding to the steroids that were being administered to him, post his transplant. Because of this, it was decided the level of steroids must be increased. However, after the level of steroids was increased, Rhythm started suffering from chronic Graph-versus-Host Disease (GVHD), a condition where the white blood cells from a transplant recognise the recipient's cells as foreign and attack them.

Rhythm's condition has led to him contracting a new infection on almost a daily basis. He has had  fungal infections which affected his sinus, and he has had to undergo surgery thrice already. It is also difficult to conduct any blood test on the little boy, because of these complications.

Hospitalised 25 days of the month

The increased dosage of medication has led to Rhythm being tired all the time. The once active toddler no longer walks, as it is too difficult for him. He is hospitalised 25 days of the month – the days he is at home are spent in extreme discomfort.

Rhythm's parents have already spent around Rs. 90 lakhs on his bone marrow transplant, and his treatment for chronic GVHD and fungal infections. In order to further treat his blood disorder and and infections, they need to spend a further Rs. 10 lakhs.

Rhythm's father, Arvind, works in the transportation sector, while his wife, Priyanka, is a homemaker. They are unable to arrange for the expenses for Rhythm's as they have already spent all their savings on the transplant and previous treatments. They have taken loans from near and dear ones and Priyanka has even sold her jewellery to arrange for the money. They are extremely strapped of the money required and are relying on the goodwill of others. With your help, baby Rhythm can walk, talk and resume life as a normal three year old.

Click here to learn how you can help Rhythm.