By Rushali
31 January, 2020
Shares
Share on Whatsapp
It was a sunny day, which is a treat when the chilly cold weather has given you enough sickness. I had been in Jaipur for a week now as a Milaap fellow and it was finally the field visit day. I was a little nervous because I was going to meet different people and I wanted to do everything right and not mess it up whereas  the excitement was of visiting a new place, getting to hear stories of unknown people and the whole experience of it that was very new to me. The village that we were going to visit was Churu, in Rajasthan. My branch head told the field officer that it was my first field visit, it was like he wanted to make sure I had all the assistance and had a good time. 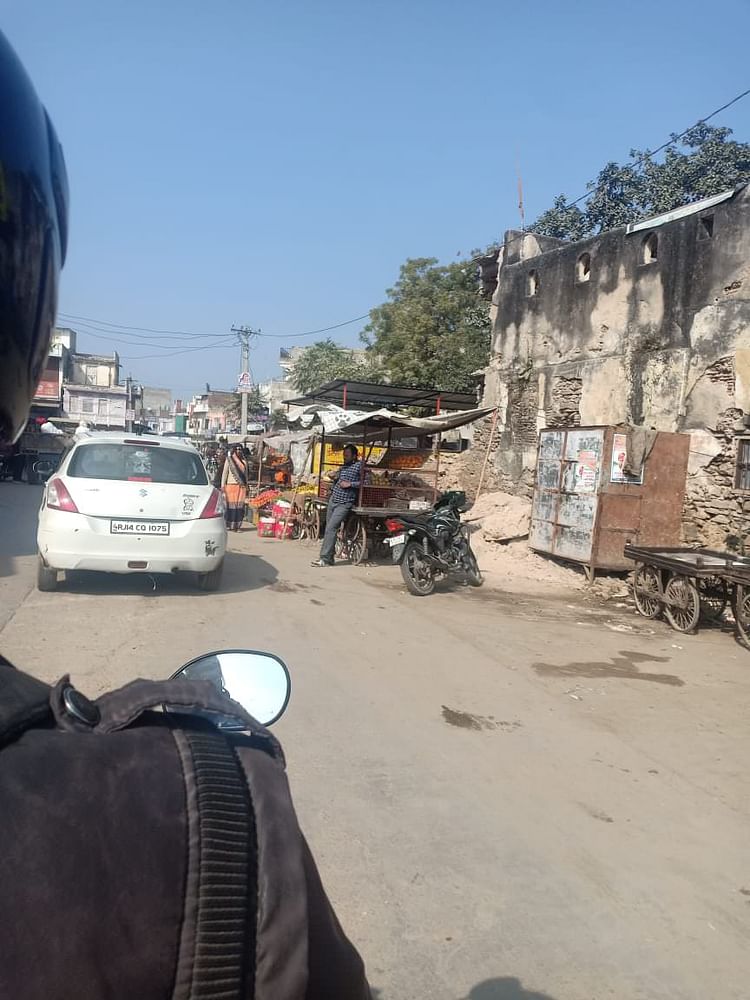 Ride to the village for the first field visit
The field officer told me that we would be going there on his bike, and I should cover my face as it would be dusty and cold too. I did as I was told and soon we set off for the village. The journey was long but beautiful at the same time. It was like a sudden switch from noisy roads to calm and silent ones. Slowly the vehicles decreased on the roads and the surroundings changed to long stretches of cultivated lands. I was enjoying myself because for someone who has always lived in a polluted and noisy city, this was something that was new to me. Along the way, my field officer told me about the different cultivations of mustard, gram, wheat and many more things that people did for a living. 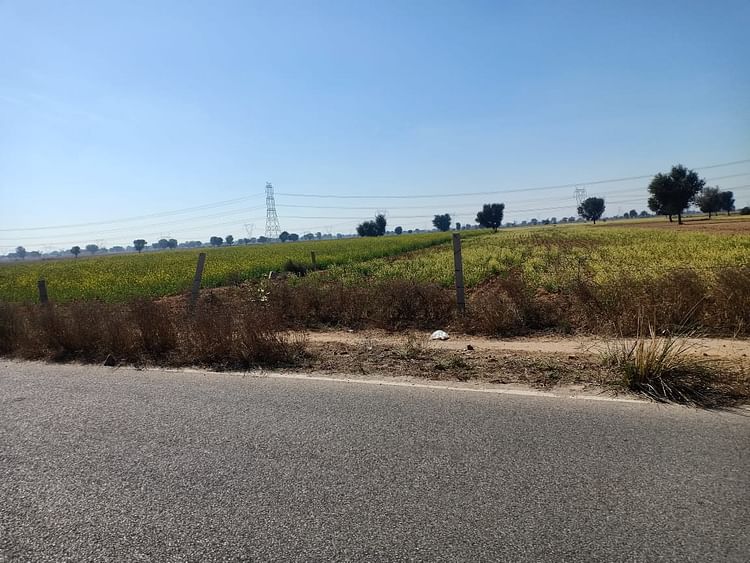 The green fields on the way
Soon we reached the village and stopped at the first borrower’s house. I had all sort of things going inside my brain related to how to make conversation, to not make the person before me awkward, how to keep it simple etc, but it all just vanished when I saw Prem. She came to the door and welcomed me in with such a warm smile that all my worry went away in an instant. She offered me a seat and her two kids looked confused to see a stranger in their house. My field officer told her who I was and what I had to do, and she was really cooperative. Prem was stitching some chunnaris and I sat beside her to see how she did her magic on the cloth. We had a good conversation and she told me how she went about the day doing the house chores and also milking the cows and then selling the milk to the nearby dairy. 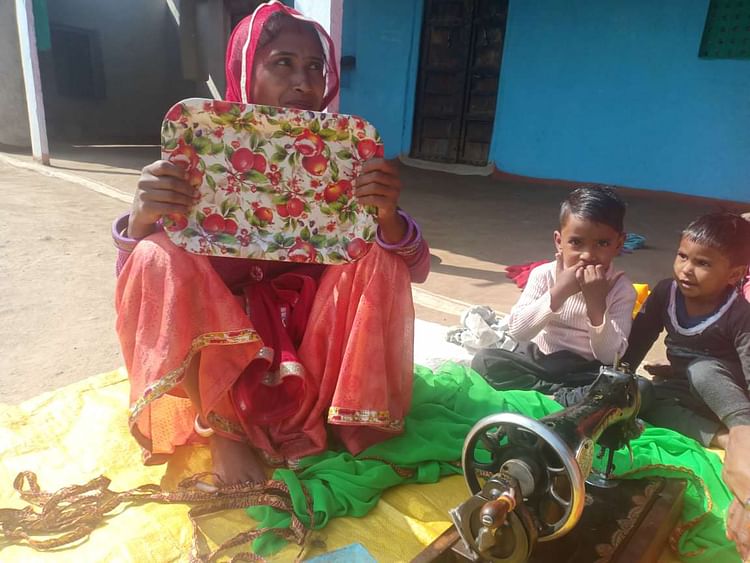 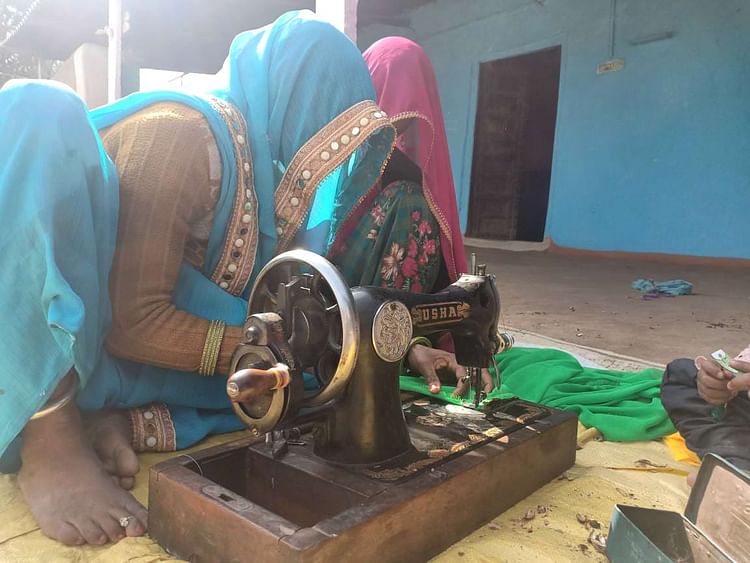 She told me that all the other women that I had to meet would also be coming to her house shortly, as all of them sit in her verandah and chat for hours. She offered me tea and told me to sit comfortably while the other women came. I took this opportunity to play with the kids who seemed to be more accepting of me being there with each passing moment. Soon all the women were there, and I started talking to all of them. It was really good to know about them and their families. All the women told me in detail about themselves, what they liked to do in their free time, how much they worked and how all they ever wanted was to make sure that their kids have a nice life. 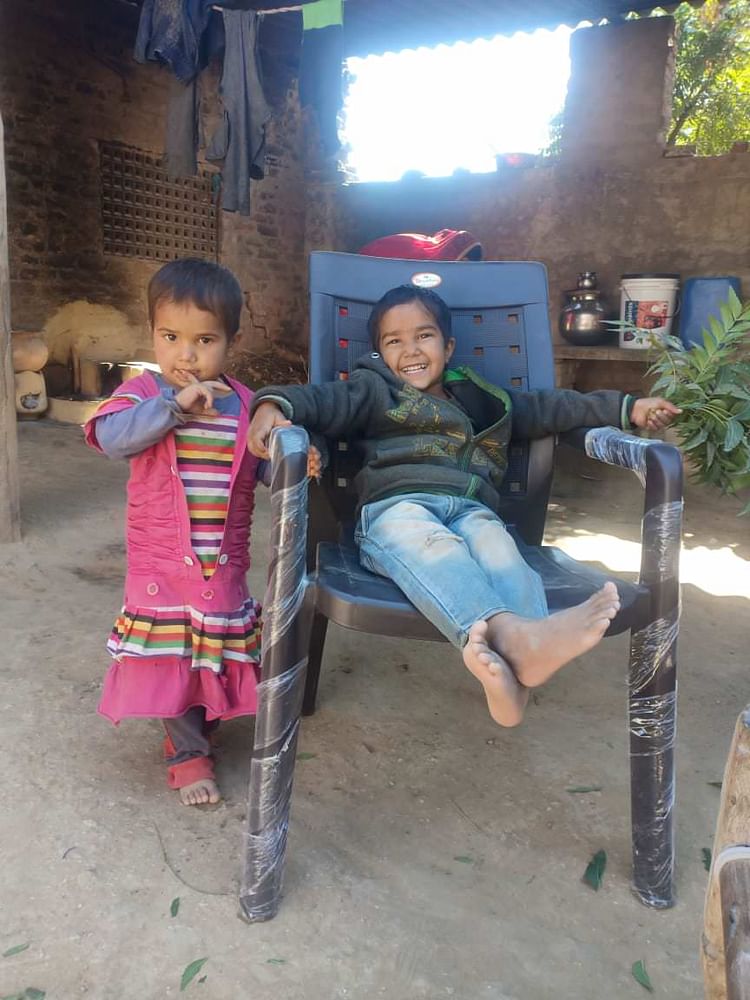 Kids immediately smiled when asked for a picture
After chatting with them for a while, they offered me to show around their village, and being someone who hasn’t ever seen a village except for in movies, I immediately agreed and then they took me around. We walked around while they told me about each house and what the family did and how their day is. I met some of them and also visited the houses of all the other women. All of them wanted me to have tea or eat something at their house and I did not deny! I had been in this city for almost a week but that day I felt like I was part of a family again. During our training we were told how important and amazing the field visits are, and I understood why it’s said so when I went for my first one. 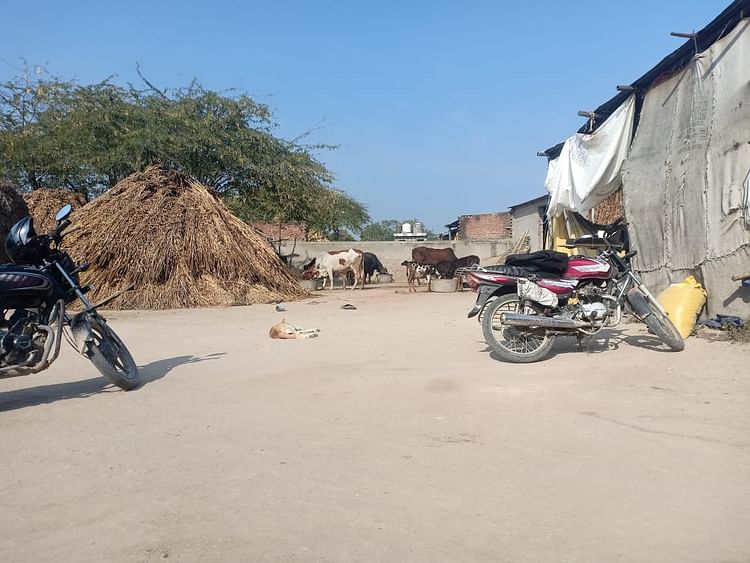 Sightings in the villageAll the people I met led a very simple life. They went to work each day, came home, ate food and spent time together as a family. All the people of the village live as one big family and not as different families in the same place. The women told me that they saw it as a responsibility to be there for each other in times of happiness and in times of need. That was something that was so endearing to me, because living in the cities doesn’t give you an opportunity to do that. Everyone is so busy in their lives that we forget to cherish the small things in it. I lived in a society for almost three years and didn’t know my neighbour well enough, but these people understand the importance of building relationships and they keep them for a long time.My first field visit as a fellow started with worrying if I would be good enough and ended with me getting to know some beautiful people and spending a day with them. They never made me feel like I was a stranger, I felt like I was one of them. 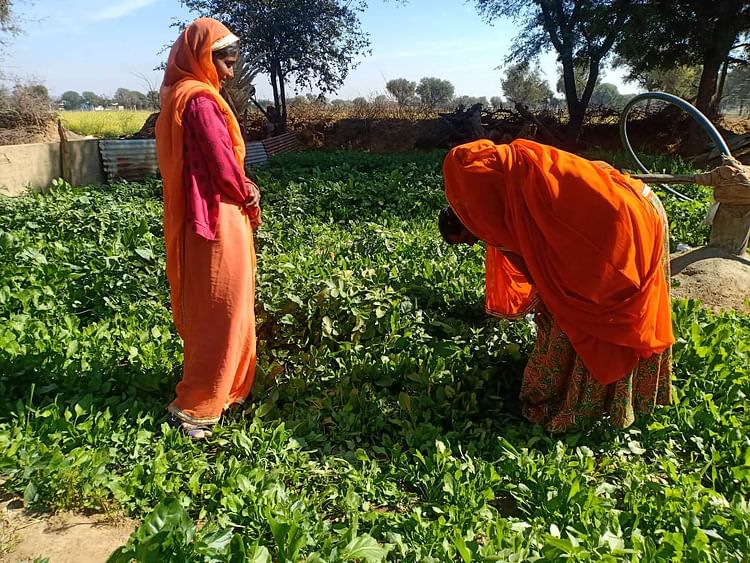 The women plucking out radish
It sometimes happened that I didn’t understand what they were speaking as some of them had a strong accent, but they made sure to put in some hindi words so that I understood what they spoke about.  Most of the times I understood what they spoke about and when I didn’t, a smile was enough to do the work. When it was time to leave, all of them came together and bid me a goodbye. They even gave me some radish to take home. I don’t know if I will ever see these people again but I will always remember them and be thankful to them for the amazing day that I had, I could not have asked for a better start to the many field visits I had in line.