Meeting production targets Is not a challenge anymore for Rajalakshmi and group. | Milaap

Meeting production targets Is not a challenge anymore for Rajalakshmi and group.

Rajalakhsmi - works with Industree Crafts, Koramangala, Bangalore, Karnataka. Initially, the company had assigned her group five machines, but their production targets were so high, that they were unable to reach them. Rajalakshmi got to know about Milaap, and so they took a loan. I asked her how that changed the situation for them. She said that now even if the targets are high, her group can reach them, and as a result, they get paid more. They started with about 15-20 members in the group, but now, they have expanded to include 35 members. They have also added another workshop. Rajalakshmi told me that she has been able to put her son in a good school. When asked about her future plans, she said that she wants to work more and earn more so that she can have enough money to put her son in one of the best schools. 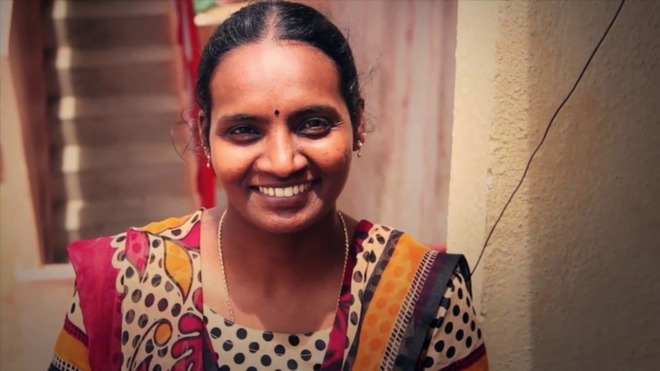 We would love to hear your feedback on our blog. Visit http://milaap.org/diwali today to support more families this festive season. You could re-lend your credits and create new horizons in many more lives.