Scorching summer, heatstroke, and shortage of clean drinking water!!! Climate change, health problems in modern times, but history reveals ancient times there was a solution for everything. Even for soothing chilled clean drinking water!!!! ……. Yes, you heard it right. Egyptians were first to record methods of clean drinking water which takes us back to more than 1500 years back to 400 A.D. One of the several methods was through “EARTHEN POT”-MATKI KI PANI. The water in matki gets cool through the process of capillary action by the small pores present in the earthen pot.

The same Egyptians techniques are now followed by Group of community and they make beautiful matki, idols for their survival. Imrat Chakravarthy, a 55-years-old potter who is making matki from the last 35 years for earning his bread and butter and resides in Majholi, Jabalpur. He learned this from his father and going to pass the same skill to his sons. He says “Jaha fridge Nahi waha matki hai” for cool and chilled water in hot summer. 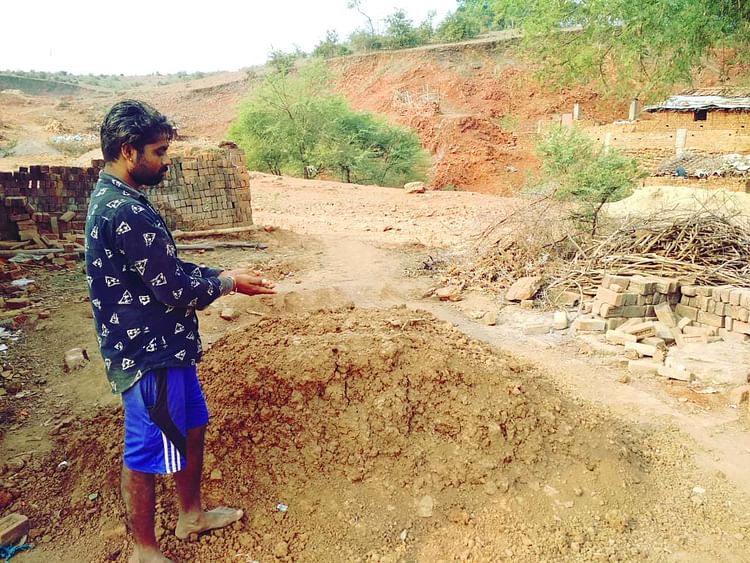 The right clay which is found after digging 7-8 deep into the soil.
The process of making matki is involved with various step and it takes almost 7 days to complete. It starts basically with finding the right material of clay which is found after digging almost 7 to 8 feet deep into the soil and then the clay is mixed in water and kept for 2 days for making it soft. Simultaneously small stones are found and taken out and then it is properly mixed with Ghore ke lead (Hindi term) to make it strong and water softens the clay. On day 3 it is kept on a charkha (potter wheel) and it is rotated and with the fine craftsmanship skill of potter (the person who make it) the fine cylinder shape is attained and the base is then attained in the desired shape with the help of thread and a soft cloth. Then it is kept in the sun for making it a little rigid. The next day it is cleaned and then beaten with the wooden pad to enlarge the size of the matki and then fine spherical shape is achieved. The fine spherical shape with the wooden pad is a tuff task and it requires the years of experience, which only the potters have as it distributes the clay in the right quantity and makes the matki thick as it distributes the clay in right proportion all over the matki. On days 5 and 6 again it is kept in sunlight, for making it the clay rigid and then it is painted and then the matki is burnt on fire and then it is ready for sale.

The demand for matki is still prevalent in rural India as it is cheap and gives the cool and chilled water to drink. It serves the need of thirst in hot summer when people return to home for lunch after work. The Chakvarthi was able to earn an income of rupees 25,000 a year by selling a pot for rupees 35 per matki. Besides making matki the Chakvarthi family also make idols and sell it during the festival.
0
Advanced issue found
▲ 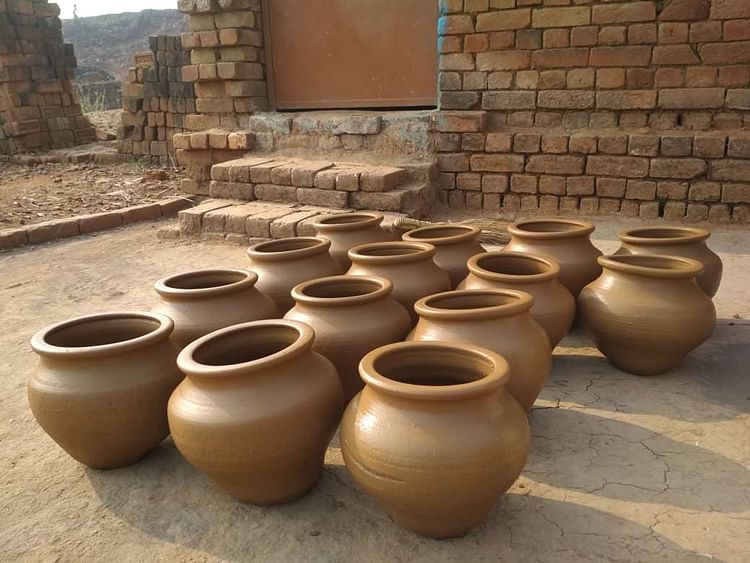 Matki yet to be enlarged from the wooden pad.
Health benefits:
Matki Ki Pani has many health benefits as already mentioned that matki can’t be made from every type of soil, it is generally found after digging 7 to 8 feet deep into the earth.Thus, drinking water from matki not only boosts metabolism but also it is safe and clean to drink water from it. 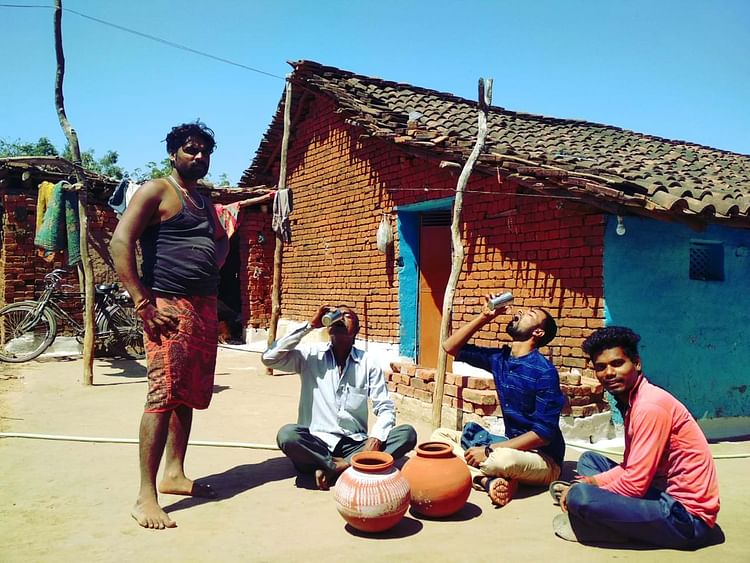