You are sending a message to
Jall Cowasji
Go back

The Small Boy with a Big Dream

From the age of ten, Jall Cowasji was not like the other children he knew. While most children spent their days in front of a television or outside playing, Jall put together scenes and stories with the help of his precious video camera. Fourteen years later, he is still doing the same. Except now, things are a little different. His audience has expanded to include International Film Festivals and people all across the world. 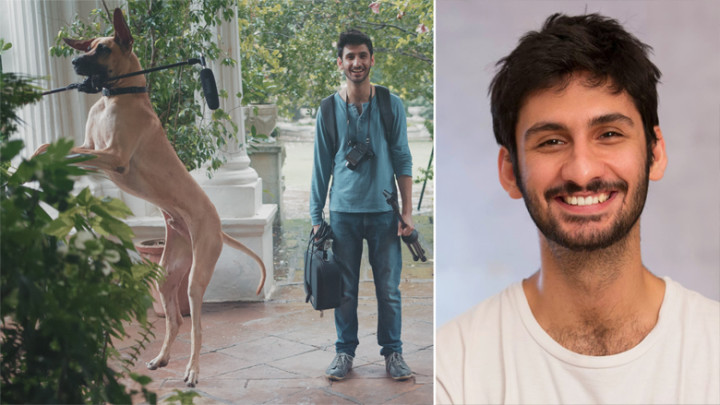 Cowasji’s life was profoundly altered when his grandmother passed down a camcorder she had no use for. His ten-year-old mind began to see the world for all its details, preserving these visuals with his camera. Over the years, he’s had many opportunities to hone his cinematography, the most notable being the chance to make the documentary “Qissa-E Parsi” a thought provoking look into the Parsi community he hails from, come alive.

His short piece “Welcome Home” contains stunning visuals and a simple story that stays with the viewer long after they have watched it. Cowasji’s emphasis on the story rather than the aesthetics distinguishes him from many young filmmakers.

After several years of making small movies and videos, he wants to study the art of filmmaking. He believes that there is still has a long way to go.

Jall’s films have garnered the attention of the NYU TISCH School of Arts, a prestigious university that only admits thirty-six students from across the world. This is a dream come true for Jall, who is excited at the prospect of learning everything possible about Filmmaking and Cinematography. Unfortunately, one thing stands in the way. He cannot afford it.

Jall is only twenty-four years old. There are so many stories that he still wants to tell, one of which is how his family struggled with the ethical dilemma of caring for and dealing with the consequences of medicating his Parkinson’s-riddled-grandmother, the same woman who gave him his first camera and launched his dream. This is just one of the many ideas he has.

Ever since he can remember, Jall has worked tirelessly on his films. Now that the opportunity to perfect his skills has come up, he cannot just let it slip away from him.

When asked about how TISCH will help him, he says, “I’m going to tell the stories that matter, the stories of people’s daily lives. I also want to create a detailed documentary about the Parsis, delving deeper into the areas of friction within the community, their gender roles and lifestyle. Tisch will really give me a different perspective on how to do that and teach me techniques that I have never known before.”

With your help, his dream to go to film school can become a reality. Help Jall tell the stories that really matter and make the movies that you can relate to. “Qissa-e-Parsi: The Parsi Story” is just the first step in making sure future generations don’t lose touch with one of India’s most unique and diverse cultures. Through his films, the spirit and heritage of many Indian communities, especially the Parsis, will remain alive.

By supporting Jall Cowasji, you are not only making one young filmmaker’s dream come true, you are taking a small step in bringing independent films and documentaries to the forefront of today’s world.

Click here to learn how you can support this film maker

Jall Cowasji has crossed the first hurdle of being accepted in one of the most prestigious film schools.

Support him to help fulfill his dream.