It’s A Micro-Loan But Often With A Macro Effect On The Borrower’s Life. | Milaap

It’s A Micro-Loan But Often With A Macro Effect On The Borrower’s Life.

After a 30 minute journey by road from Mahashakti Foundation’s office in Muniguda, I reached this tiny hamlet Chatikona close to the foot hills of Niyamgiri Range in Odisha. Mamata Karkaria is one of the women whom Milaap helped with a micro-loan to purchase low-smoke cook stoves. Besides being a home maker, this industrious lady makes and sells leaf plates in the local market. She starts her day at 5 in the morning and does all her household work by 7 am. She then prepares breakfast for the family; it takes about 30 minutes to do so. She would take one hour to prepare lunch for her family, and an equal amount of time to prepare dinner as well.

So, in a day, she spends no more than 3 hours on cooking. It would not have been possible without the new cook stove says Mamata. Earlier, on a typical day, she would take no less than 7 or 8 hours while using the makeshift cook stove. Also, while using the old cook stove, she would rest for about an hour after cooking. An energetic Mamata says “Now that cooking has become more convenient, I don’t have to rest for long after cooking. At the end of the day, I’m able to spend more time, at least 3-4 hours more than earlier, making leaf plates and earn better income.” The cook stove, besides providing her a safe environment to cook, in a way empowered Mamata economically. 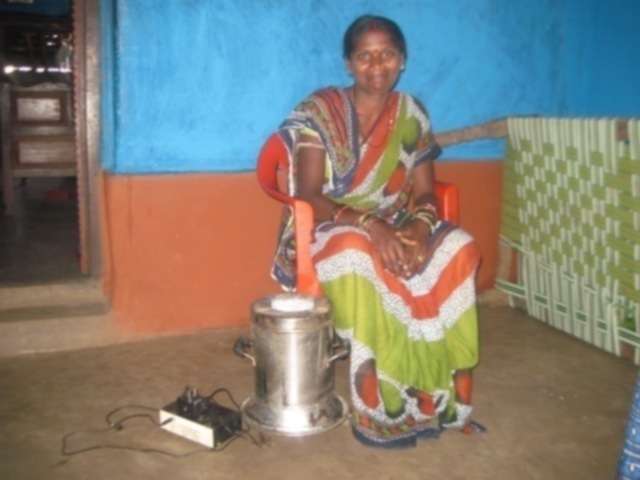