Each Breath This 11-year-old Takes Could Be His Last 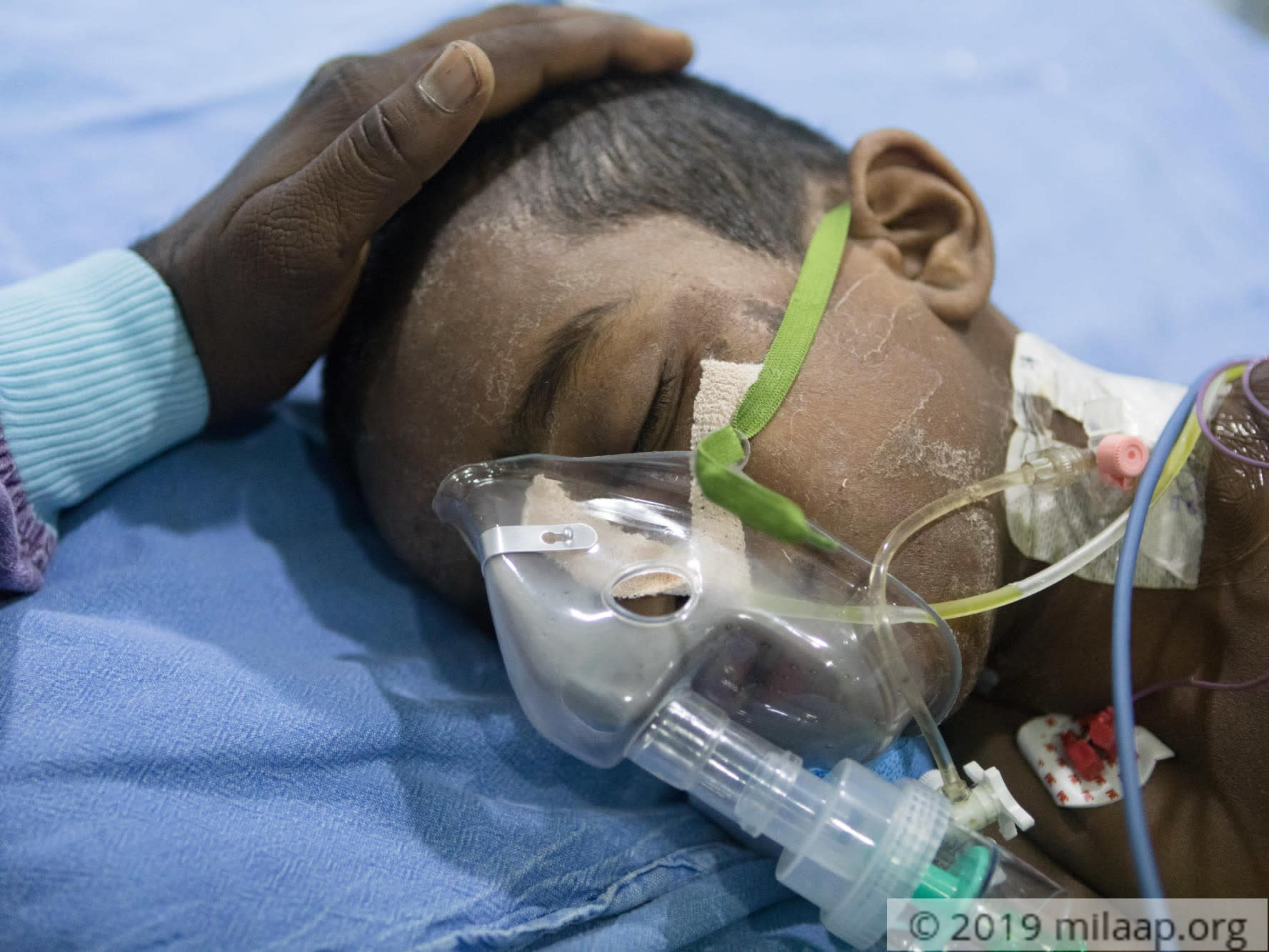 Share
“We didn’t know what to do. We had already admitted him into a local hospital, but despite the medicine and oxygen mask he wasn’t getting better. He just kept coughing and coughing, and then, suddenly... he coughed so hard that blood spattered on the inside of his mask.
He became unconscious after that…”
– Purnachandra, father

Vishnu Vardhan is a happy and studious boy of 11, the son of proud parents Purnachandra and Sailaja. Two weeks ago, Vishnu started rapidly falling sick, without any apparent cause. It had started as a slight fever, but soon his temperature rocketed to 104 and above, and he started experiencing severe chills and feelings of breathlessness, followed by bouts of vomiting.

His symptoms got worse rapidly

“We were on our way to a clinic when he first... I was holding his hand, and I felt him suddenly squeeze tightly. When I turned to face him, he was looking at me with terror in his eyes, and he was gasping for air. I immediately started rubbing his chest but it took 5 minutes – minutes that felt like hours – before he regained control of his breath.”
– Purnachandra

A diagnosis that they could never imagined

From the clinic, Vishnu was referred to another hospital, and from there to another. Each time the doctor told the worried parents that the problem was bigger than it seemed. It was only after extensive testing at a big hospital that Vishnu was diagnosed with Bilateral Lung Infection, a bacterial infection that is severely affecting both his lungs. It has already caused major fluid build-up in the lung sacs, and has resulted in sepsis (a life-threatening reaction to infection).

They've tried their very best to save their little boy, but their hands are tied by their financial condition

“Doctors are saying Vishnu needs to stay in the ICU for another week or two. But we can’t afford it at all! Purna is a barber, and I’m a housewife, we don’t have any great sum of money. To keep our son in the ICU until now, we’ve had to take multiple loans. How can we arrange 4 lakhs more?!”
– Sailaja, mother

These parents are struggling to keep their young son alive. Purnachandra’s mother passed away just last month, and the family was already grieving. Now this…
They are relying on you now, to help them through this distressing time. Please contribute as much as you can, and ease their suffering.
VV
Patient Vishnu Vardhan is 11 years old, living in Hyderabad, Telangana
KH
Being treated by Dr. Nanda Kishore in Kims Hospital and Research Centre, Hyderabad, Telangana