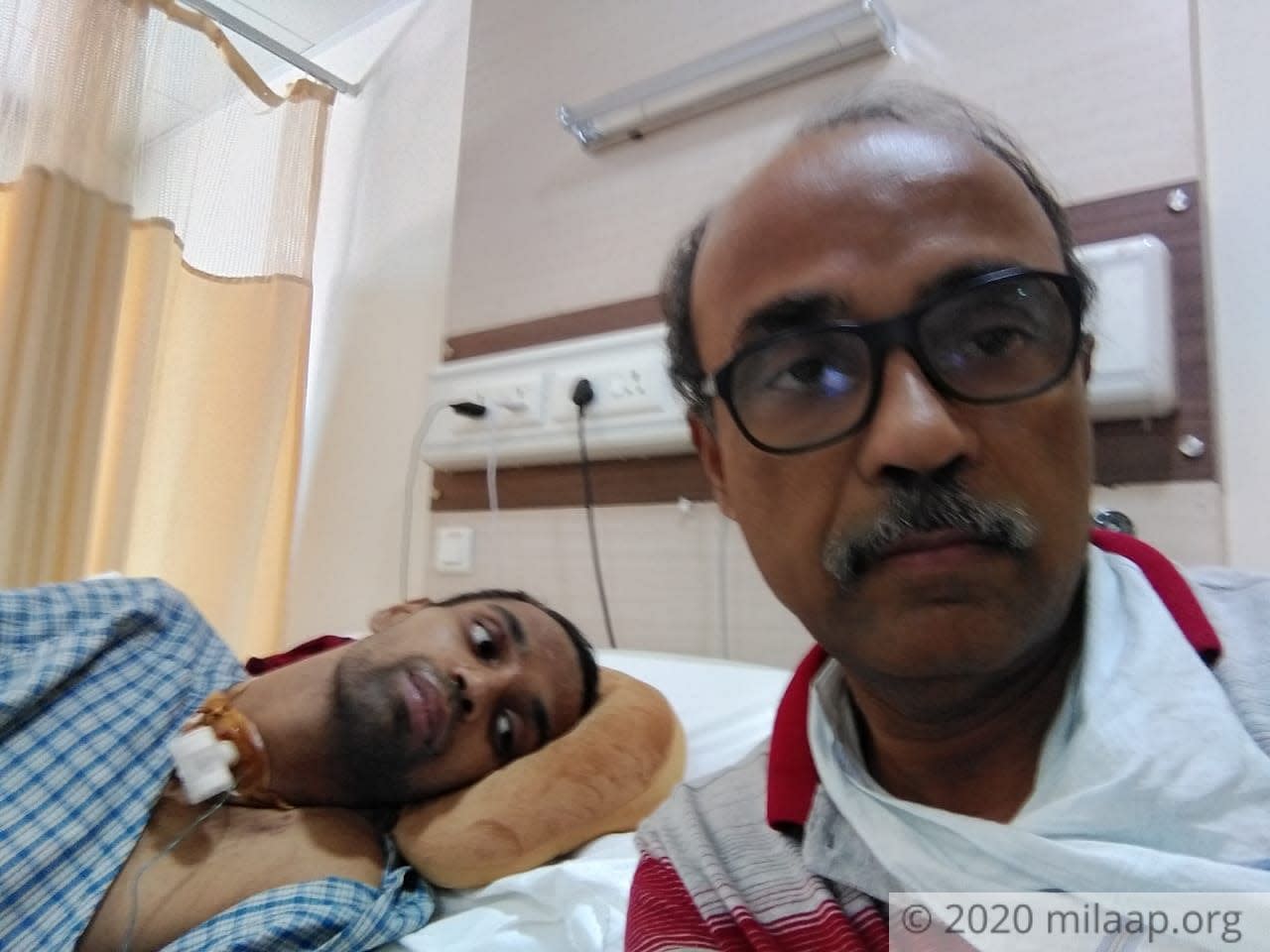 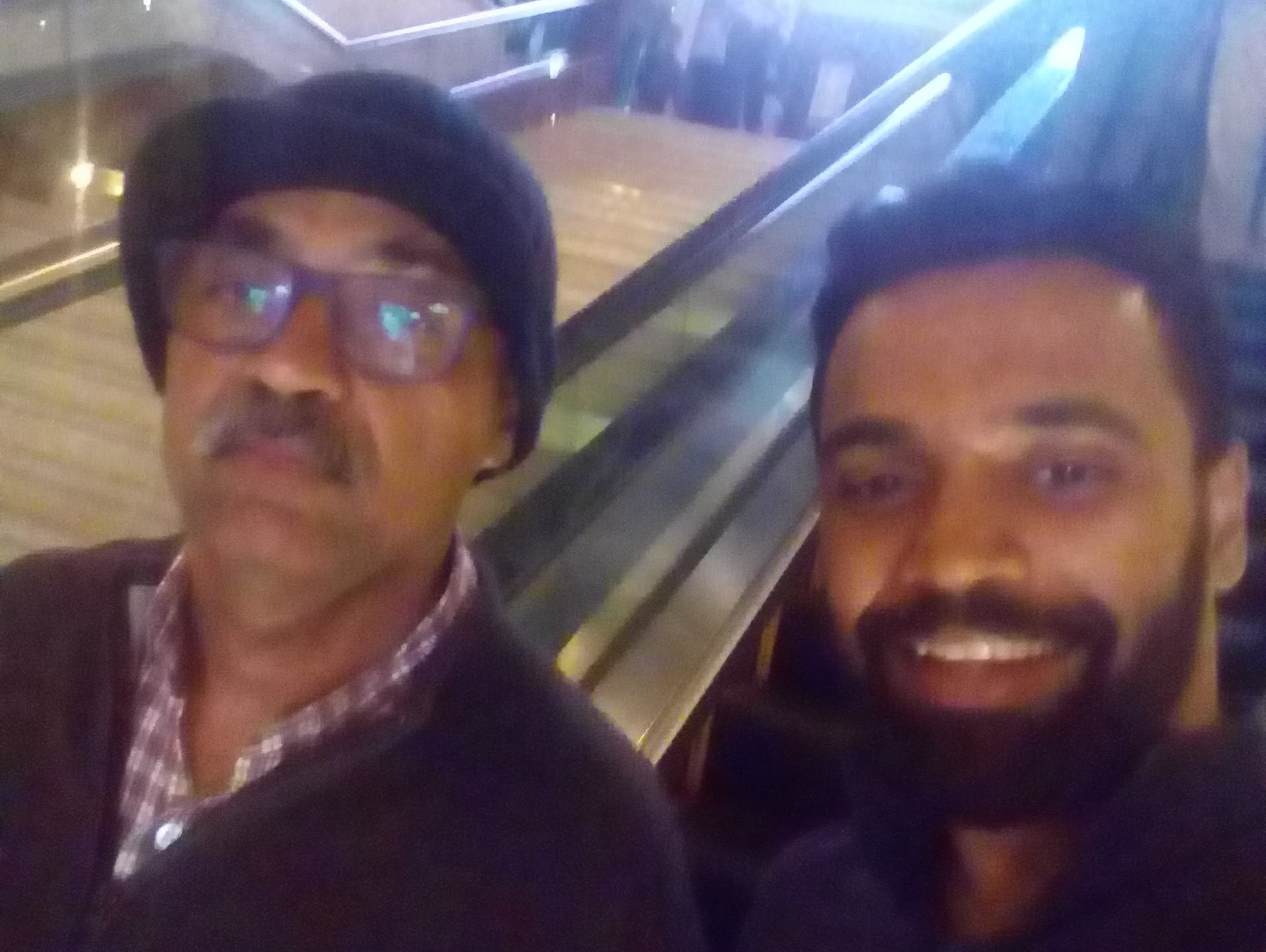 Share
When my wife woke me up and told me our son got in an accident, I immediately booked the first flight to Bangalore. Once I reached the hospital,  I couldn’t even recognize him! He had all these tubes hooked up to him, and the doctor told me they weren’t sure if he would make it.
Though he seemed mostly fine on the outside, internally he had suffered severe injuries...
They said he was bleeding inside his brain!
— Easwara Prasad, father 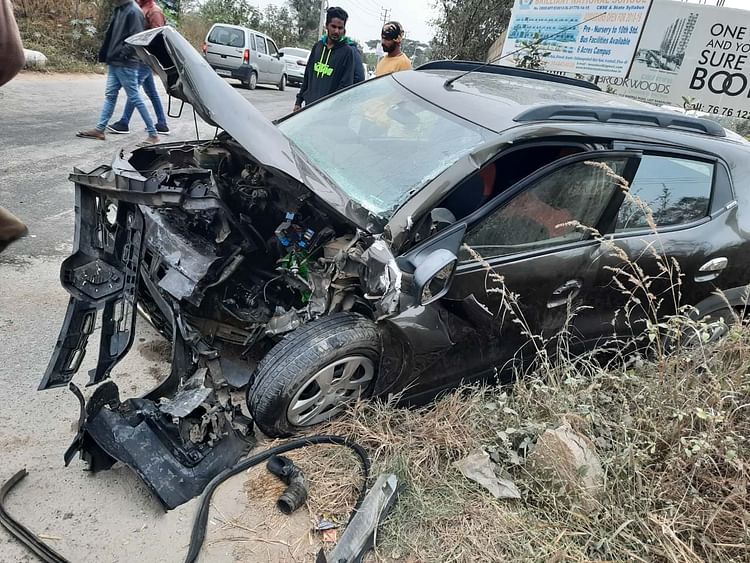 In the late afternoon of December 29th, Vishak had been driving home to his PG-stay, after a meeting with some of his colleagues and clients. Though it was a Sunday, in his line of work — real-estate marketing — there weren’t really any “days off”. But he was still content, he enjoyed his work, and he had even recently been promoted! He was looking forward to getting home and celebrating the successful meeting when suddenly a car coming in the wrong direction rammed into him. Vishak sustained severe injuries and went into a coma on the spot. 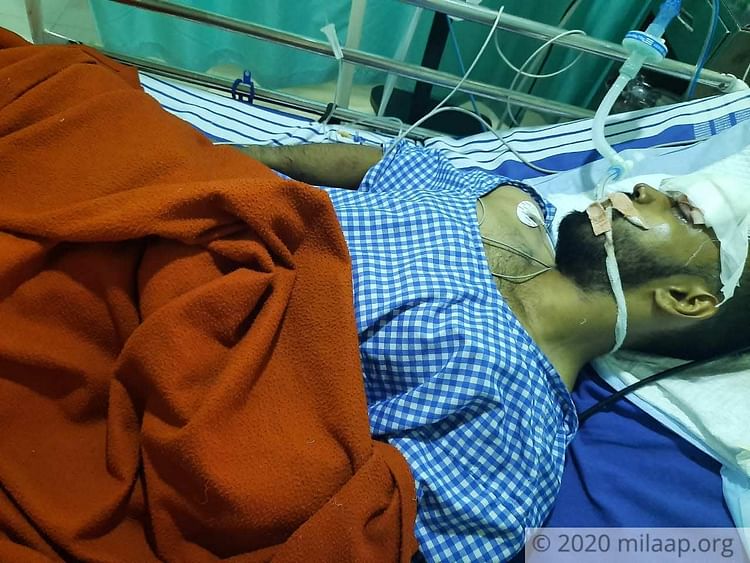 It was a little after midnight, on December 30th last year, when the phone started ringing. Normally we don’t pick up late-night calls but that day... I don’t know if it was mother’s intuition or what but... on the last ring, I decided to pick up the call. It was one of my son’s colleagues.
"Hello? Is this Vishak’s mother? Ma’am, I don’t know how to say this... but Vishak has been in an accident. He’s in the ICU."
— Preetha, Vishak's mother 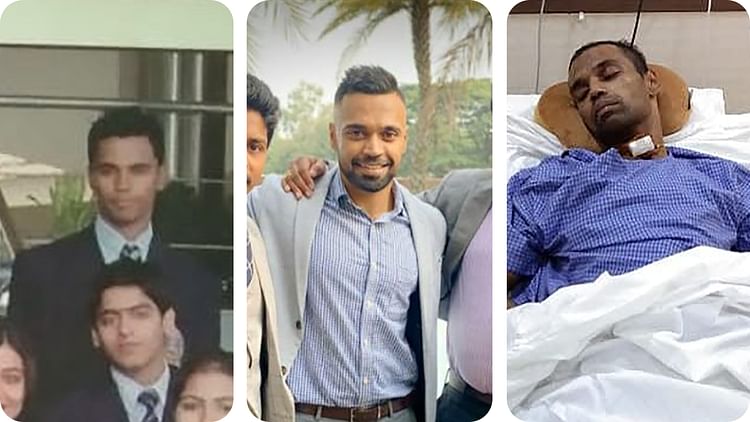 Vishak is the kind of person who, at just 21, decided to start working. As the only child, he had felt it was his responsibility to start earning money as soon as possible, so he could ease the burden on his parents. Though he started as a marketing executive, with his easygoing charm and incredible work ethic he rose through the ranks over the past years, getting promotion after promotion. Just 6 months ago, he was promoted to Marketing Manager. And now, he lies in the ICU, his life hanging in the balance. 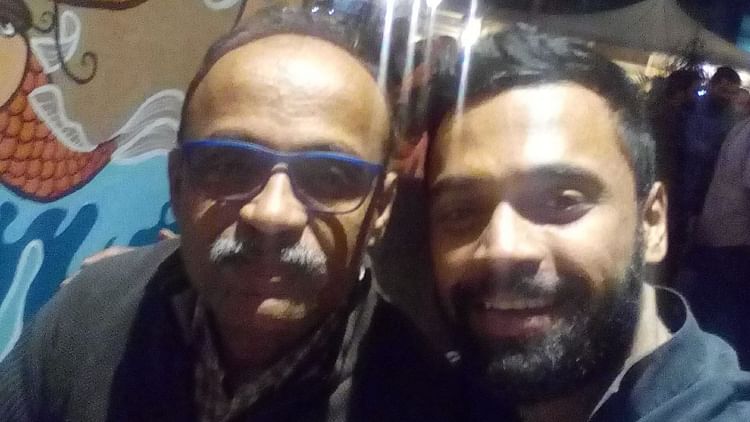 My wife and I, we stay in Chennai. Vishak moved here to Bangalore around 5 years ago, for his career. It had been really tough to let him go, and he was scared as well, to make such a risky move. But we agreed to it, because we wanted him to know how confident we were in his abilities. And once he started working here, he was the happiest we had ever seen. We spoke to him every day over the past 5 years, telling him to be careful, and he always told us not to worry. Now this... It's been our worst nightmare, that something like this could happen to our son!
— Easwara Prasad 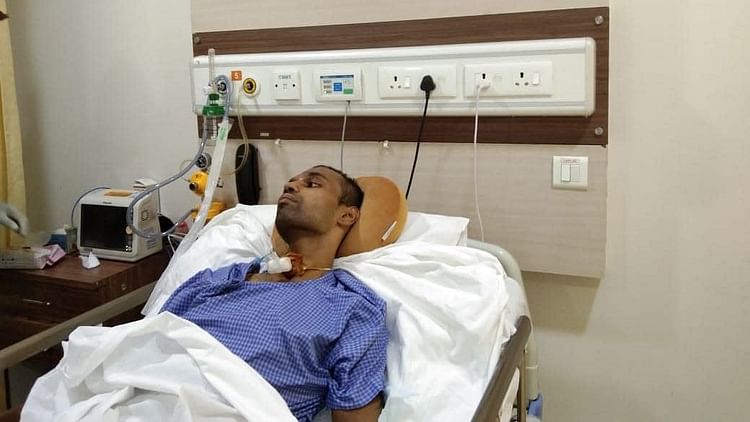 Though his condition is better, he needs the ICU for months to recover

Vishak needs to stay in the ICU for at least a few more months, maybe even longer, to fully recover. But having spent 20 lakhs already, his parents are out of options.

I’m nearly retired. I was able to use my own savings, and get the help from some family and friends, to afford his medical expenses so far. But they’re saying it can cost another 25-30 lakhs before he’s back to how he used to be. Right now, he’s out of the coma, though not fully conscious. He can move his eyes and look around the room. It may not sound like much but it’s incredible progress! It would break our hearts if his condition started getting worse again now, just because we couldn’t afford to continue his care. Please, help us get our son back.
— Easwara Prasad

No parent should ever be in a position where their child might pass away before they do. Easwara and Preetha have done everything they can to save their son, but it's out of their hands now. Only you can help, with your donations. Click here.
V
Patient VishakPrasad is 29 years old, living in Bengaluru, Karnataka
BM
Being treated in Bhagwan Mahaveer Jain Hospital, Girinagar, Bengaluru